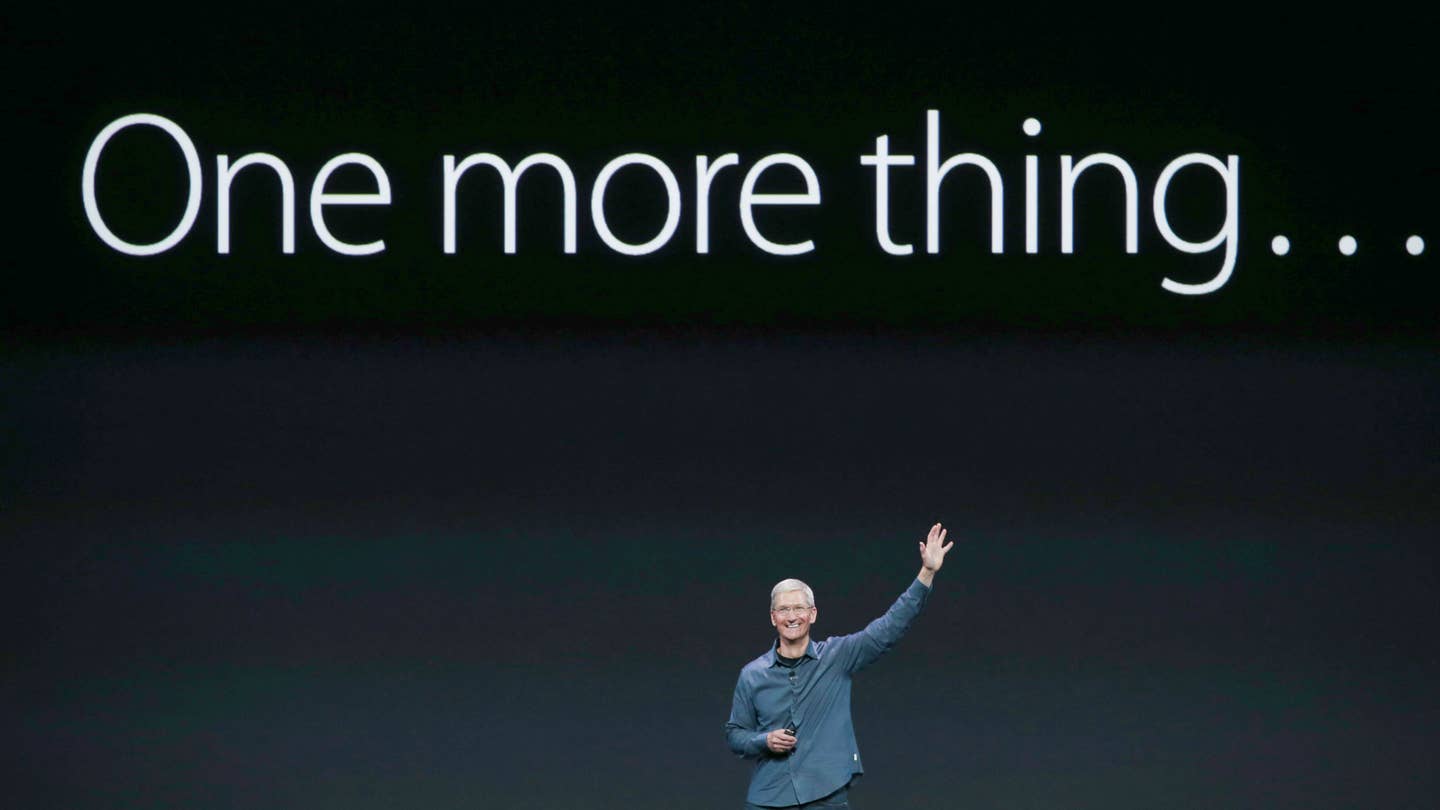 MotorTrend has unleashed a flurry of posts across social media, all alluding to the possibility that it might have images of what could maybe be something that is, or related to, the Apple Car. Rumors and speculation about the tech giant's first foray into the automotive sphere are a near constant at this point, and usually highly speculative.

M/T is being very deliberate (hedging?) with its wording, leaving each teaser headline as a question. ("Is THIS the Apple Car?" and "What do we have here?" and etcetera). Apple is yet to confirm that it is working on a car, so it's unlikely that genuine design sketches -- at least of any significance -- have been leaked deliberately. The most (apparently) revealing photo from M/T is this:

With the eyes of every major publication, from tech to business to politics, scrutinizing Apple, it seems unlikely that an automotive publication, even an industry stalwart like M/T, would happen upon a genuine leak. Also, it’s worth pointing out that the M/T post above looks very similar to a fake “Apple iCar” video that’s been circulating around the web: