It's unclear who was at fault in the incident. 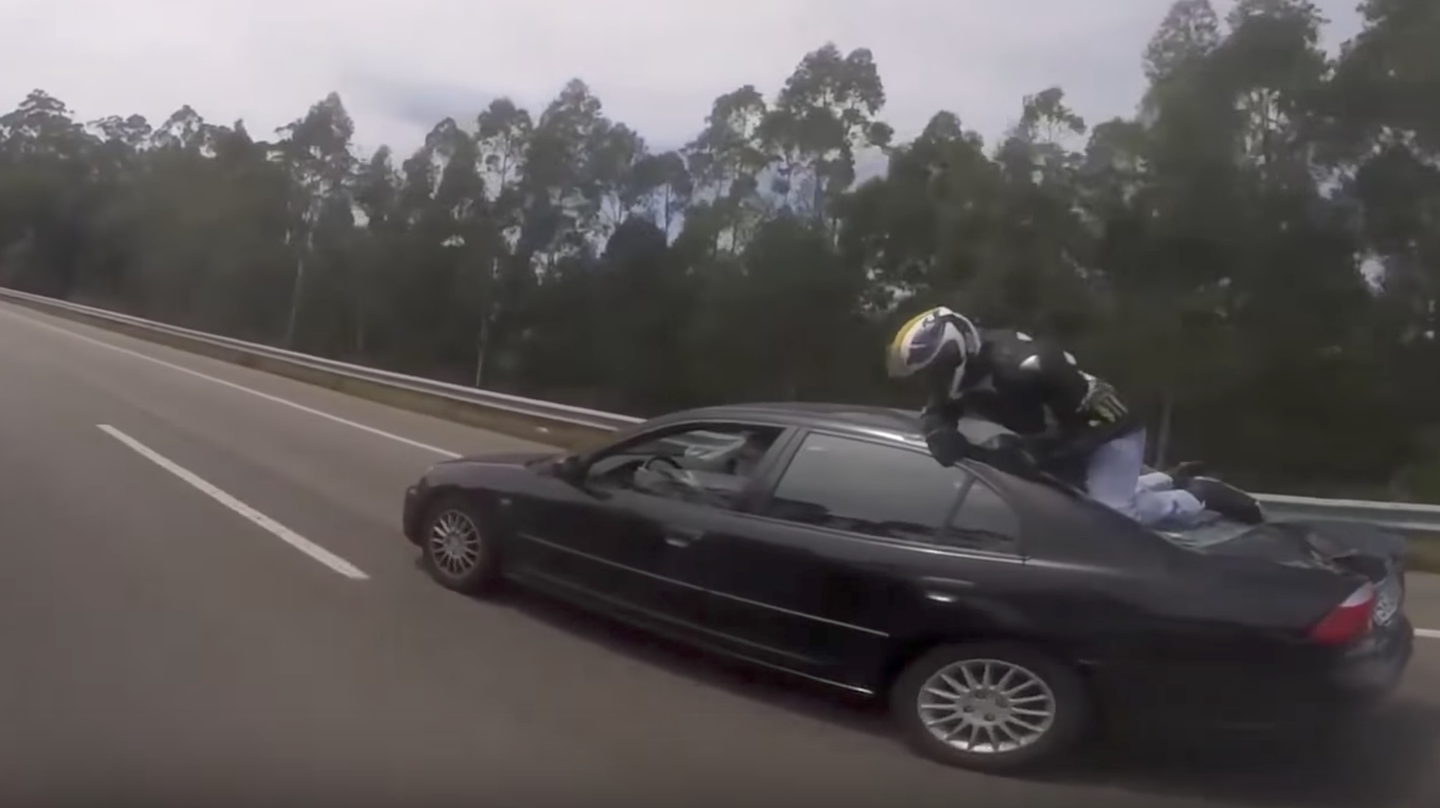 All too often, car drivers ignore the possibility that there could be a motorcyclist in their blind spot, thus leading to a dangerous collision. A clip uploaded to YouTube shows what happens when a motorcycle and a car collide at highway speeds—but in this case, the bike rider somehow avoided a nasty fall to the pavement.

Uploaded to YouTube Wednesday, the video, recorded from the point of view of another bike rider, shows a handful of motorcyclists on a highway in Vila do Conde, Portugal, according to DailyMail. Just seconds into the clip, you can see further down the road that a bike had collided with a car...but when the camera gets closer to the vehicles involved, you can see that the bike rider somehow managed to cling onto the car that he or she collided with instead of going tumbling down the road along with the battered motorcycle.

It's unclear from this video just what caused the two vehicles to collide. Though it is likely that the driver of the car didn't see the motorcyclist and braked hard or changed lanes without proper caution, it's possible that the motorcyclist could've helped avoid this collision, or caused it by using too much throttle or conducting his or her motorcycle in an improper manner.