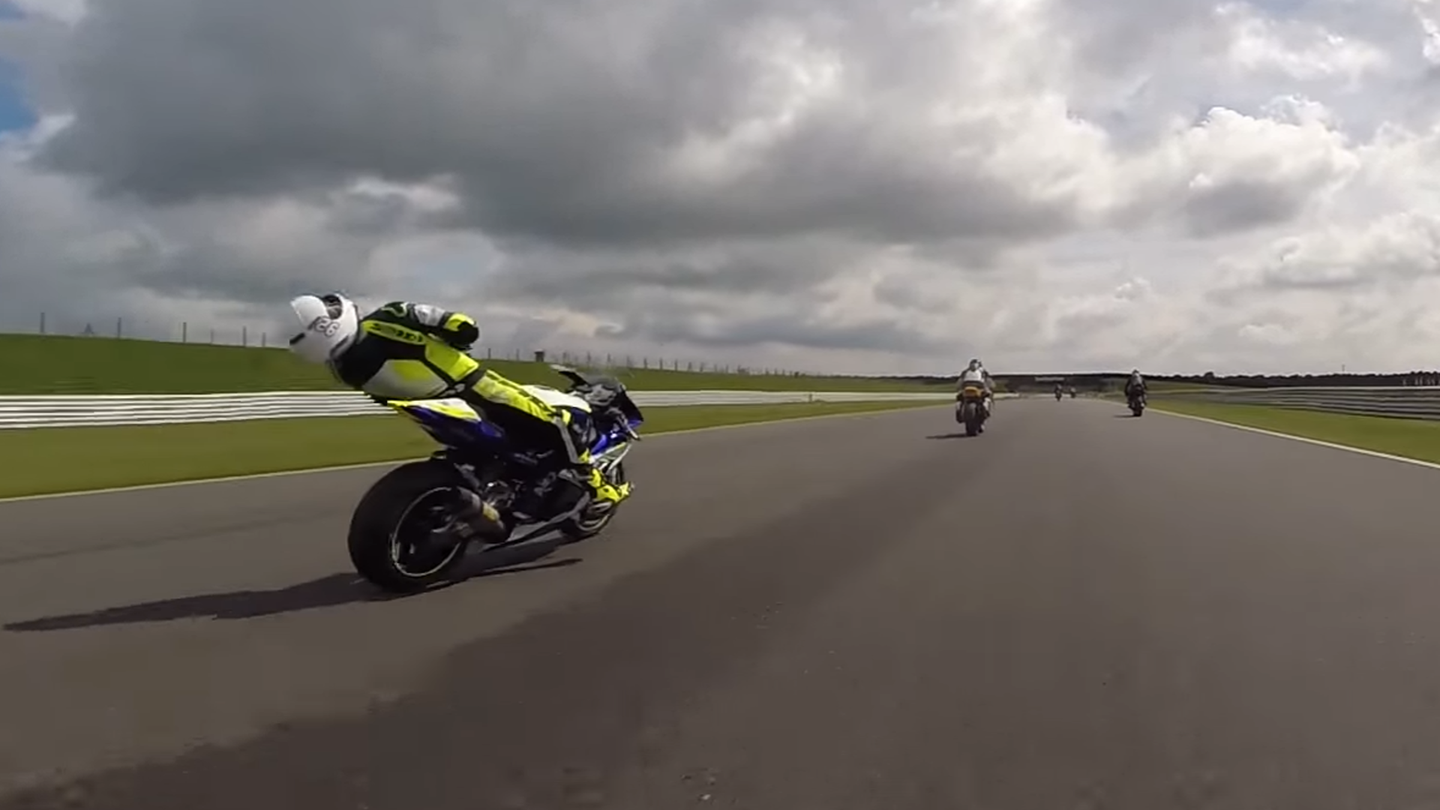 There's really no good time and place to get knocked unconscious, but that's doubly true if you're smacked in the head by flying bike parts while roaring down a long straight at over 140 mph like this unfortunate rider. He survived with minor injuries, thankfully, and now he's ripping mad about the safety inspection failures that almost killed him at an open track day at England's Snetterton Circuit this weekend.

Joshua Boyd, who races in the Pirelli National Superstock 1000 Championship series for Jones Dorling Racing, had just started out on a Saturday cruise when the belly pan of the bike traveling in front of him detached and struck him in the head, immediately knocking him unconscious. Video from a nearby rider shows the moment the large chunk of plastic breaks free, and seconds later Boyd's still-accelerating bike carries his nearly-supine body into the frame and off the side of the track.

It's hard to say what's luckier—the fact that Boyd somehow stayed on just long enough to avoid being struck by other riders, or that he finally tumbled off just before his BMW S1000RR struck the wall and flipped violently several times. Of course, when you're talking about something like this, "luck" is an extremely relative term. Amazingly, he escaped with cuts and bruises and avoided a major head injury.

According to the terms and conditions of the company that runs these track days at Snetterton, participants are supposed to check over their own bikes "in the interests of your safety and the safety of others at the circuit." In what's surely just a coincidence, they're also absolved from any risk or responsibility related to a rider's injury or death. With this incident in mind, it might be time to revisit that policy.

As you might expect for someone who was very nearly decapitated, Boyd's not taking this lightly. In a lengthy Facebook post yesterday, the recovering racer blasted both the "carelessness" of the other rider and the track day organizers for their lack of comprehensive safety inspections, and adds that he's done with these kind of events. We can't say we blame him.