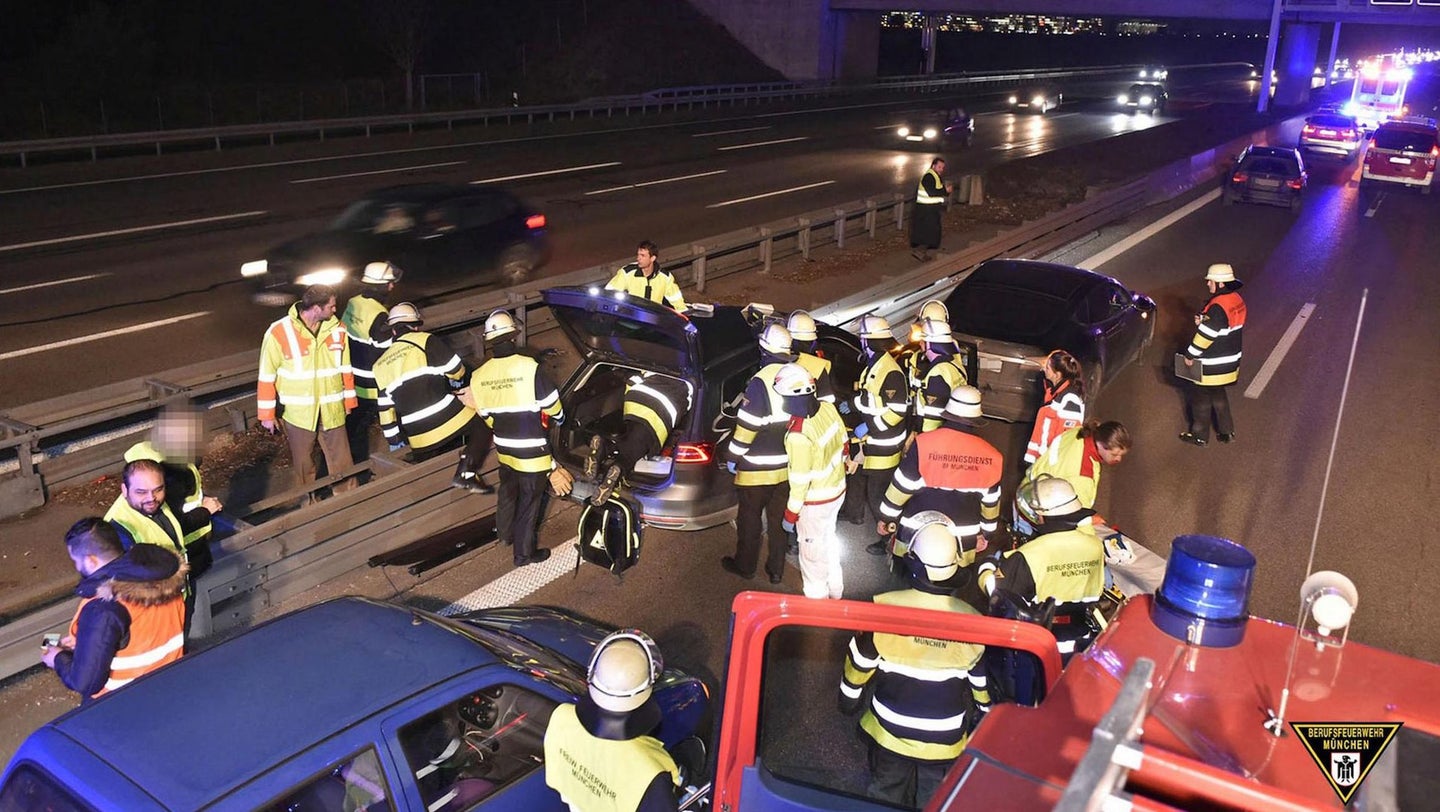 Just Monday evening, a German man used his Tesla Model S to slow down a car behind him that was piloted by an unconscious man, German newspaper Tz reports.

Manfred Kicks was driving his Tesla Model S on the A9 section of the Autobahn near Munich when he noticed a car behind him repeatedly hitting the guardrail. That car, a Volkswagen Passat, was being driven by a 47-year-old man Kicks said he figured was unconscious, possibly enduring a stroke. Concerned, Kicks says he looked in his rear-view mirror and noticed the VW driver incapacitated. "The driver had tipped forward and hung motionless in the belt. The head and hands hung limply down," Kicks said.

In a move that can be described as utilitarian, Kicks slowed down his Tesla Model S until the Volkswagen came into its near vicinity and held down his brakes, with the VW colliding into the rear of his electric car and eventually bringing both to a stop. Once stopped, Kicks entered the Volkswagen and performed first aid on the unconscious man.

Munich fire officials and police arrived at the scene, shuttling the unconscious man to the hospital. Apparently, he is in stable condition.