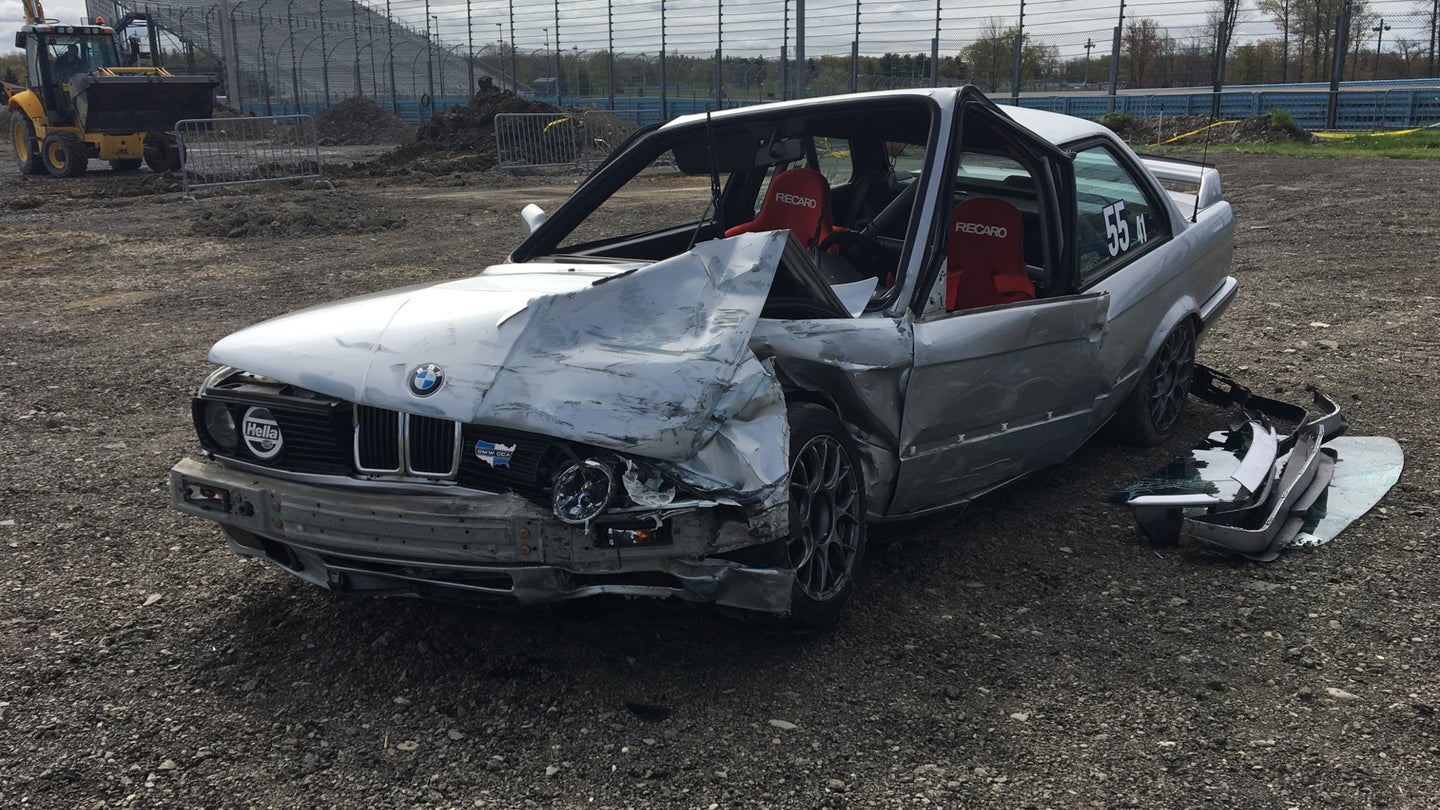 It's hard to imagine a more horrifying scenario on a track than hitting the brakes after flying down a long straightaway, only to realize that your car isn't slowing down. At all. That nightmare recently became a reality for one BMW owner and his driving instructor, who were incredibly lucky to walk away after his E30 lost all braking power and sent them flying almost head-on into a wall at Watkins Glen.

In a r3vlimited forum post titled "Goodbye to Holly," Greg describes how it all went down. Over the last seven years, he built up a basic 1991 BMW 318is into an S52-engined track monster and ended up falling in love with the performance driving community. From autocross to track days to late nights in the garage, Greg tells a story that's familiar to many of us—pouring his "blood, sweat and tears" into the car, tinkering with a thousand different setups, and meeting tons of great people along the way.

But sadly, a recent two-day HPDE (high-performance driver education) event at Watkins Glen would be the car's last. The second morning started out "perfect," as Greg describes feeling totally dialed-in behind the wheel and setting a personal best time just three laps before the crash. But coming down "The Boot" straight into turn 8, he stepped on the brakes and felt his foot go right to the floor.

With zero stopping ability, all he could do try to get the car turned enough to scrub some speed and avoid a full head-on crash as they flew off the track and hit the wall. It's frankly amazing that Greg and the instructor were able to walk away considering the impact was strong enough to buckle the roof and bend the frame. It could have been much, much worse, and the view captured from the interior camera is truly terrifying.

Greg describes himself as "heartbroken" over losing his cherished project, but he plans on salvaging what he can from Holly and building up an even better track car out of another BMW—only this time with a full cage.