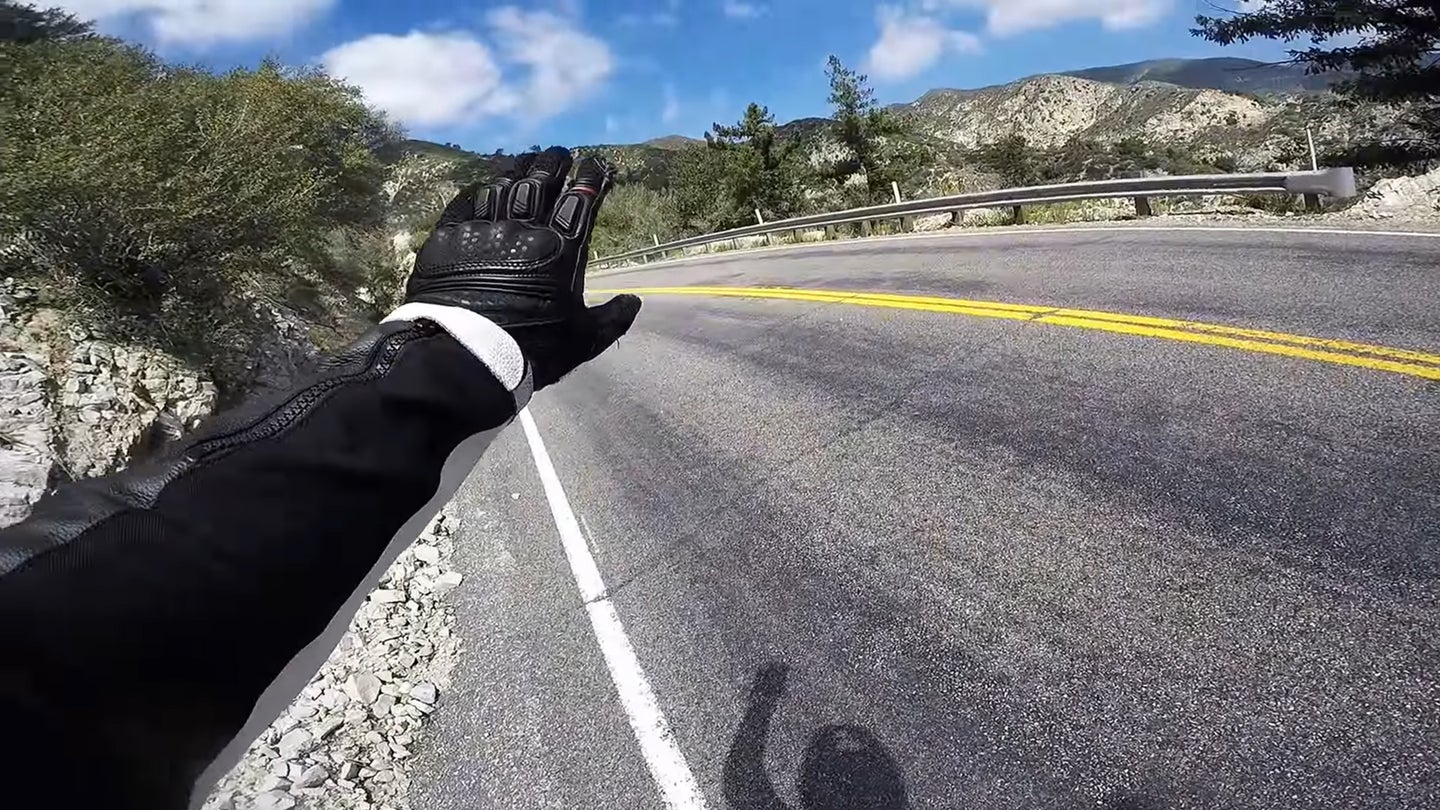 Hitting the apex just right on twisting backroads is one of life's greatest pleasures—and I'm not the only one who holds this opinion. Although I feel a bit safer doing this on four wheels, that doesn't stop thousands of other folks from doing their own thing on just two.

In the video below, rider David Park (KoraMK2 on YouTube) and his friends are tackling the canyons when one rider, called Willie, can be seen extending both of his legs while missing a turn. Later on in the video, Willie explains what happened, "My back tire like slipped, and it made me slide forward and then I couldn't control the bike." Unfortunately for him, on the other side of the turn lies not a grassy field, but a steep mountainside. The rider hits the guardrail and flips twice, disappearing into the trees. Park descends the terrain, sliding down on the brush quite easily to Willie's aide, noticing that his left arm may have broken during the accident.

Emergency responders arrived at the scene and describe Willie as a "lucky man," realizing how much worse it could have been for him, given the circumstances. Watching Park climb back up the embankment shows just how steep the incline actually was. Willie was airlifted to a hospital to begin his recovery process. As for the bike, it was lodged in a tree but reportedly still runs.

This should be a reminder to all of the dangers of riding in the canyons," Park commented, "If you have the need for speed, ride within your comfortable limits and always ride with a friend."