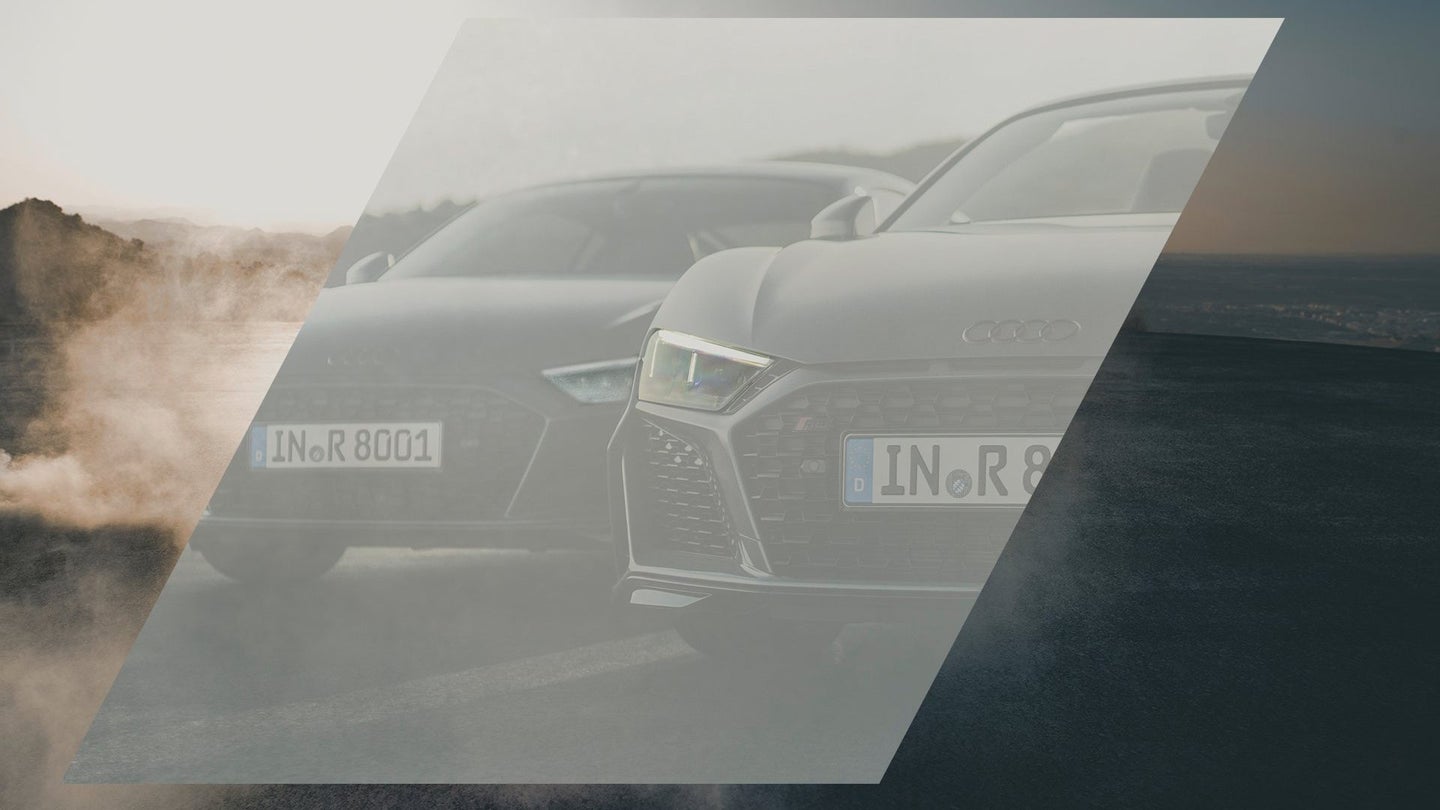 On Monday, Audi Sport previewed a possible facelift for the R8 supercar via its Twitter feed.

Audi launched the second-generation R8 in 2015 and has since released the car in a plethora of road- and track-bound variants, the latest of which is the limited-run R8 V-10 Plus Competition Package.

Notable differences between the R8s pictured in Audi Sport's tweet include a trio of vents between the hood and grille, which hearken back to the Audi Sport Quattro that won the automaker fame in the World Rally Championship in the 1980s. As of the 2018 model year, the standard R8 features no such vents, and its headlights blend in with the vents situated above directly above them. Compare the car in Audi Sport's tweet to a current R8 (below) to spot the differences.

The styling cues of headlights divorced from the auxiliary intakes and the extra trio of vents between the hood and grille were previewed on the Audi R8 LMS GT3 Evo race car, which Audi showed off at the Paris Motor Show at the start of the month. It's likely that the LMS GT3 Evo shows updates due for the 2019 model year R8, and given the depiction of a license plate in the teased R8 photo, we can be certain they aren't slipping the race car in alongside the road car.

The Drive contacted Audi to confirm a facelift is on the way for the R8, and we will update when we receive their response.