Audi will pull the veil off its restyled R8 supercar on Tuesday. 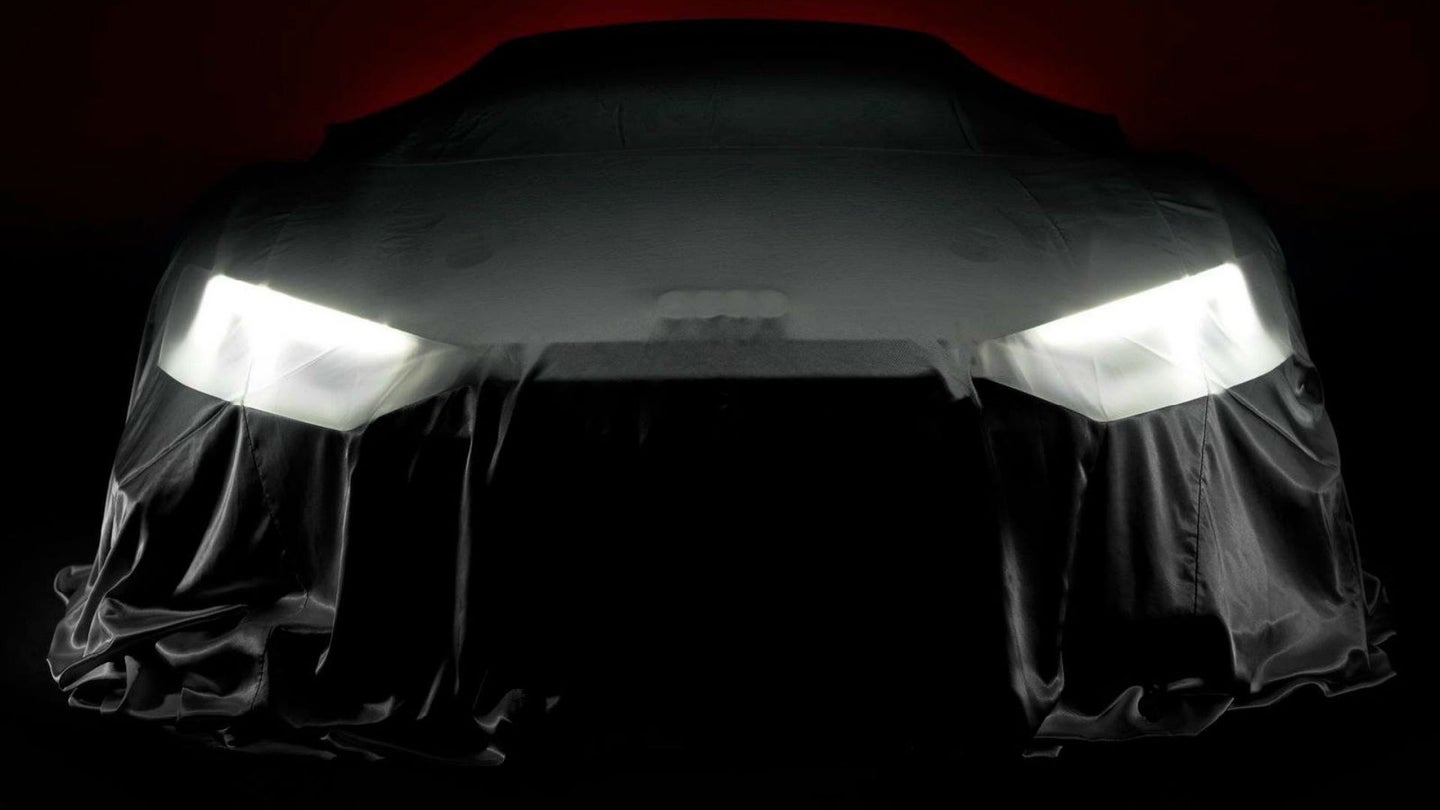 Audi Sport has released masked images of an updated R8 supercar destined for reveal at the 2018 Paris Motor Show.

Details in the initial photo released Friday are sparse, but bristling canards jut out and the broad outline of a splitter can be seen. Though initially speculated by Audi Club North America to be a racing variant of the TT coupe, Audi Sport's follow-up video released Monday dispels that notion, confirming the vehicle to be an R8 variant. Car Scoops believes that the depicted R8 could portend a facelift for the 2019 model year, to be previewed on the racing R8s before the changes come to the road cars.

Altered styling elements apparent from Audi's teaser include inset headlights, divorced from the venting present below on the road car, and triple vents at the base of the hood to pay homage to the Sport Quattro.

As of March, Audi management expressed no plans for a third generation of the R8 (the model is in its second), but laying the groundwork for another R8 this early in the model's cycle would make little sense. The original R8 lasted almost a decade, and the current model is a mere three years old. Audi reportedly does have plans for a high-performance electric vehicle for release in 2022, with all-wheel-drive, up to 1,000 horsepower, and styling informed by its PB 18 e-Tron concept. Whether this vehicle has much in common with the rumored Sport e-Tron GT based on the Porsche Taycan is not yet known, as the former has yet to be seen, and the latter is but a concept at present.

The 2018 Paris Motor Show kicks off Tuesday. Catch extensive coverage of the event on The Drive.

Mercedes and McLarens, Bugattis and BMWs, all purchased with $364 million that prosecutors say was obtained fraudulently.