This 1967 Ford Fairlane With Straight Pipes Sounds Like Heaven

The height of Ford’s muscle dominance was the Sixties. All the Blue Oval’s greats were rolling out of Detroit to welcoming arms. Cobras. Thunderbolts. Mustangs. Galaxies (the 7-litre 427). And the Fairlane, particularly the GT iteration with that lovely 390 V8. That prodigious powerplant isn’t what’s lurking under the expansive hood on the glistening blue and gold number on this week’s episode of Jay Leno’s Garage. Something far nastier is under there. Something capable of producing more than 700 ponies.

The man behind the build is Steve Strope, who helms Pure Vision, and when he took receipt of the donor vehicle, it was a “plain jane grandma car out of Texas, light green with a six-cylinder.” Strope turned it into a goddamn hellspawn by wondering, “What if?” Citing GM’s Skunkworks division, Strope tells Leno they reimagined this Fairlane in the hands of a fictional Ford division called “Black Ops.” (Alas, Ford did precisely that with the experimental drag monster, the Thunderbolt.) Still, how would Ford prepare a test car, unburdened by rules? For starters that 223 V6 was gone. In its place? The 427-cu in SOHC racing engine that bore Ed Pink’s name and had just been banned from NASCAR.

That whopper of a motor hasn’t been allowed to run free, though. The orders from the owner were to make it drivable as a daily, so it’s been “mildly tuned to about 650 horsepower,” says Strope, adding it’s still quite capable of getting itself in trouble. To the chassis, handmade shock towers were added, as were new upper and lower control arms and spindles, though the traditional coilspring on the upper arm was deleted in favor of an adjustable control torsion bar, which runs through the inside of the frame rail. There was a fair amount of custom fabrication involved to get that setup to work, but they got there in the end and Leno remarks how great the car’s stance is.

There’s an active aero wing on the back, a new giant dash with clean Ford gauges that nod to the GT40 by putting the speedo to the side and the tach dead center. Another Sixties racing Easter egg is the Cobra fender badge, which looks delightfully stock, and a really inside-baseball slight to the Italians that Ford bested at Le Mans comes in the form of the rims. Look close and you’ll recognize those puppies from the Lamborghini Miura. They’re notactually from a Lambo, but a wheel company called EVOD did mill each of the six pin rims from a single block of aluminum.

As Strope and Leno examine the belly of the beast up on the lift, a clean undercarriage if ever there was one, Strope reiterates their desire to keep it strictly to Ford parts, something the manufacturer appreciated and recognized by issuing it a design award at SEMA. Also discussed are the gorgeous headers which dish right out into straight side pipes. “It’s a scooch loud,” Strope laughs. “We’ll put a set of mufflers on for delivery, but we wanted shock and awe for SEMA.”

If Strope wanted a machine that could raise the dead, mission accomplished. There are quieter jets. When it fires to life, the angry sound is so loud, it maxes out the mics of the production crew. As it settles into a nice, loping rumble in idle, Leno (correctly) notes this is the last time they won’t have to yell. With that, it’s off for a spin.

Leno, who gets to drive this car even before it’s owner, has a blast. He shouts that it’s easy to control, that there is more than ample power and torque, even low in the revs. Then he floors it. They barrel down a side street, with the howling Fairlane tripping numerous car alarms in its wake. The angry brute only snarls louder as they turn onto a street with some room for Leno to open it up. Bless him for that.

There’s a brief pause when the throttle cable goes over the center and they have to stop for a roadside fix, but as Leno points out, this is why you do a shakedown cruise. He also says it’s got to have more power than 650, adding this Fairlane has more punch than his Hellcat. Strope slyly admits he may be sandbagging the horsepower integers. Who cares? Fix that cable and get back on the gas. 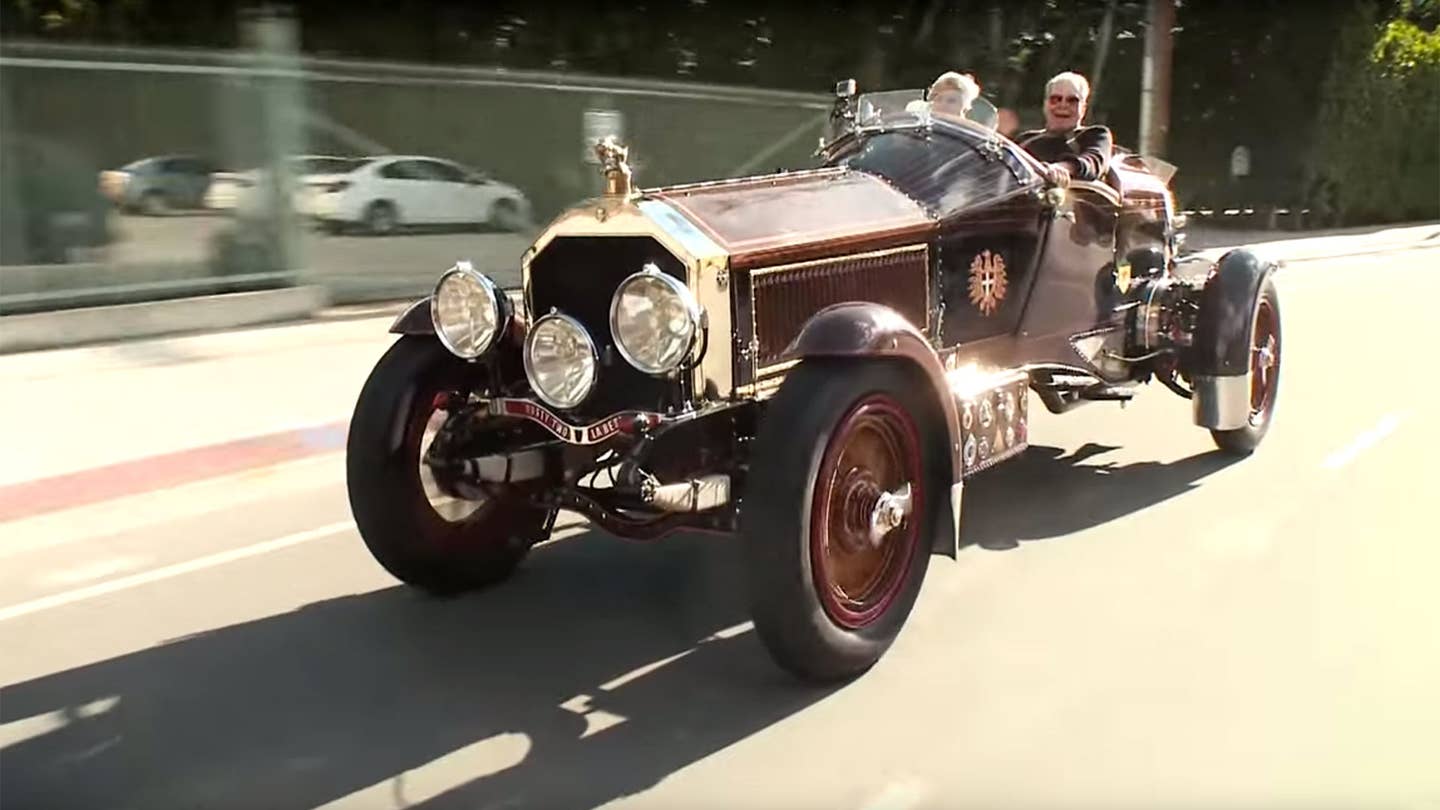 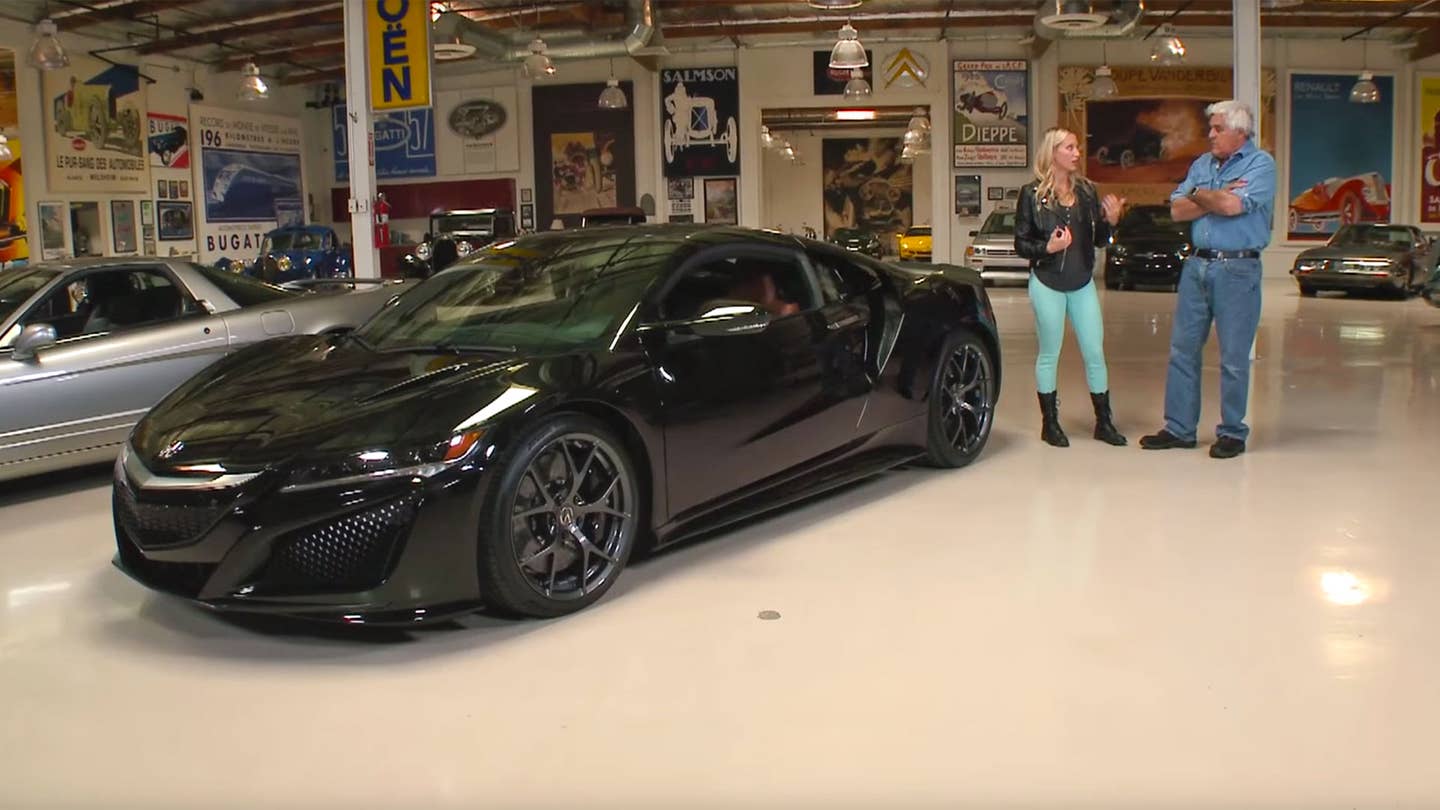 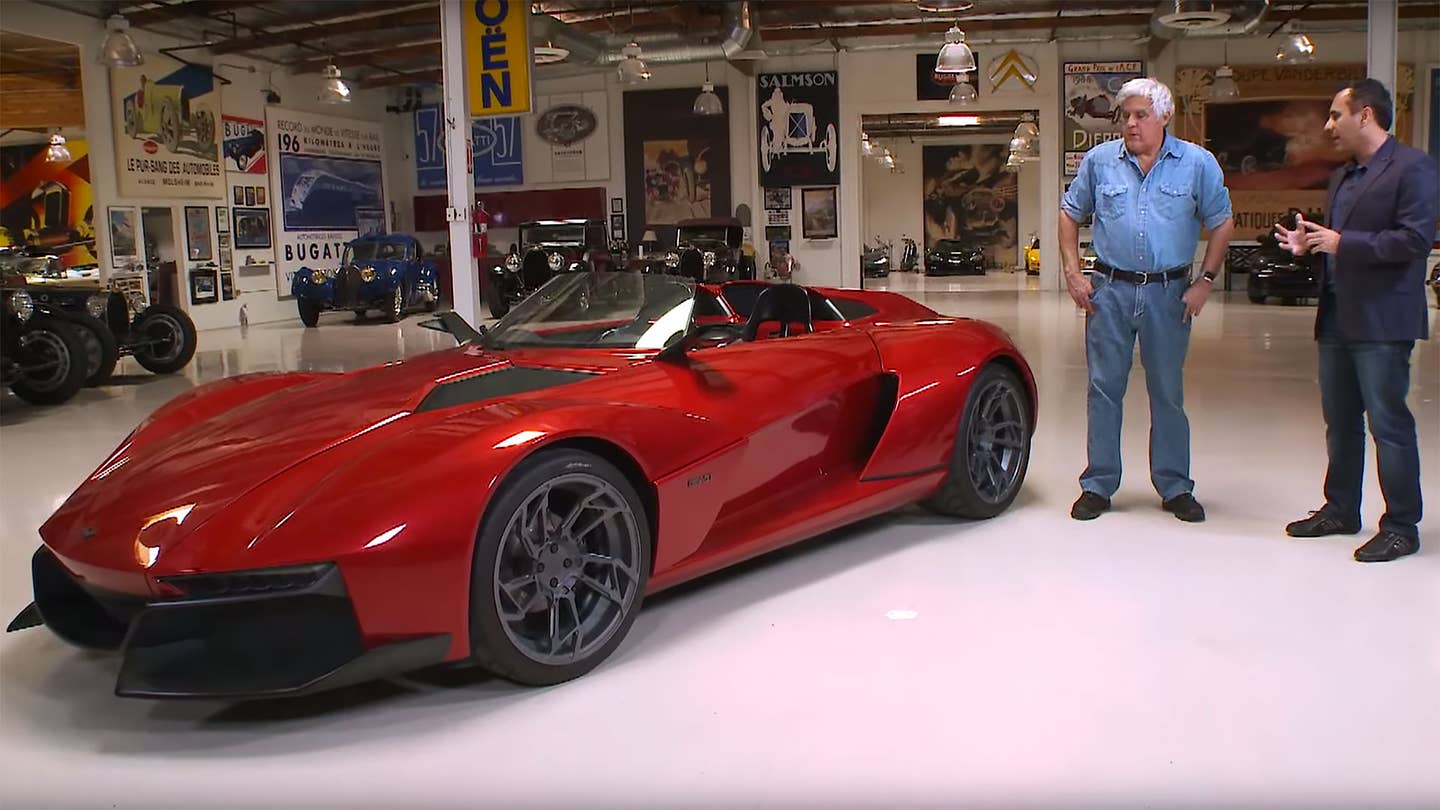 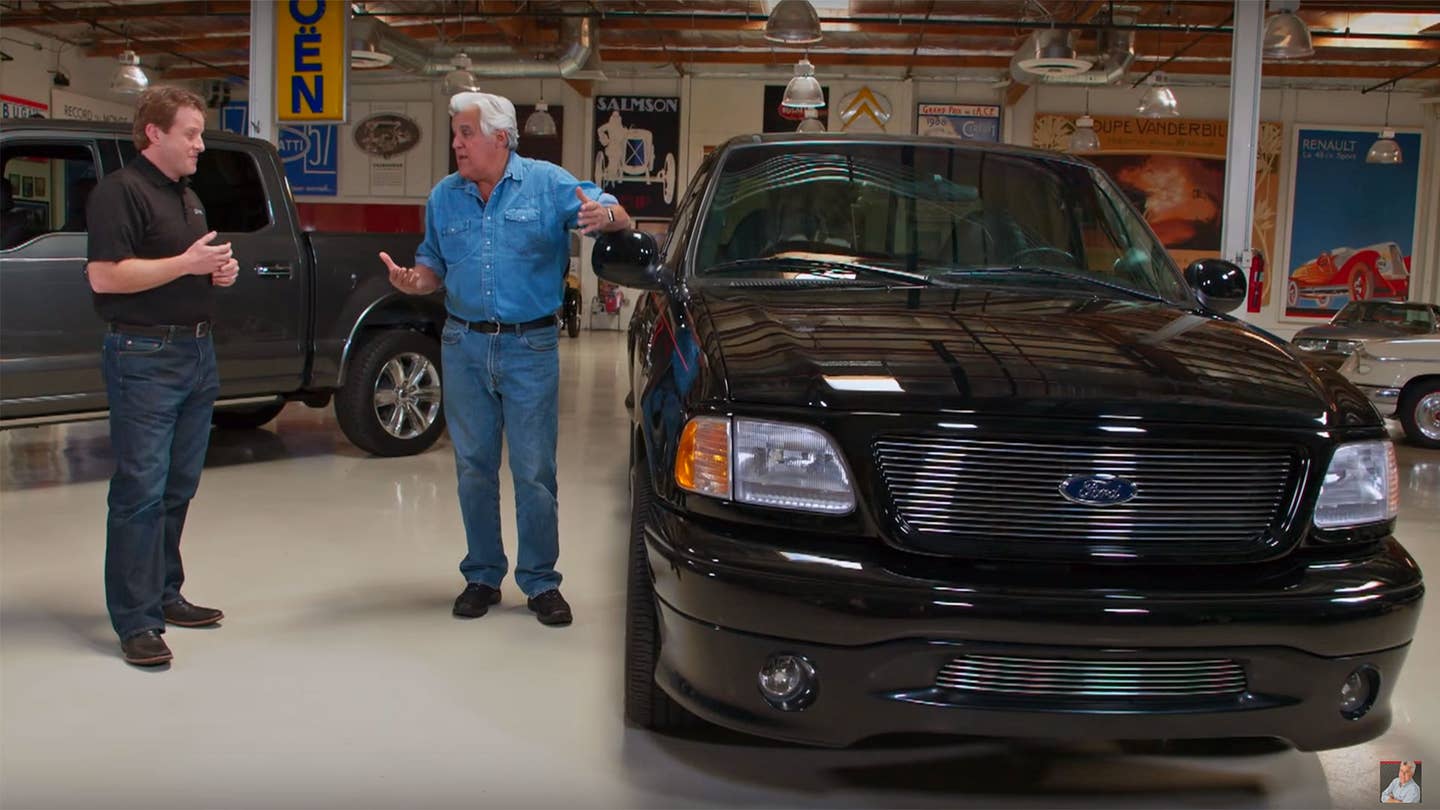 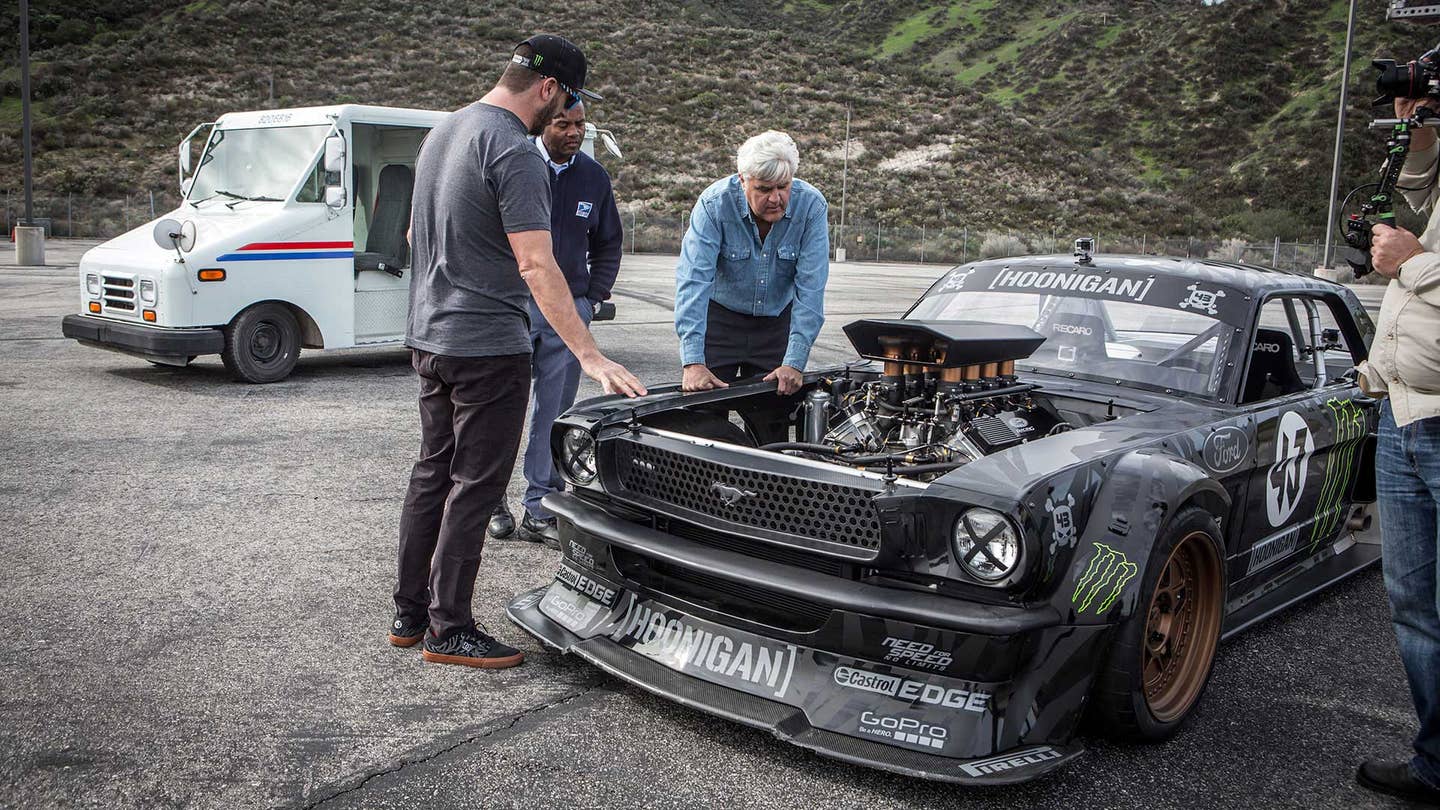