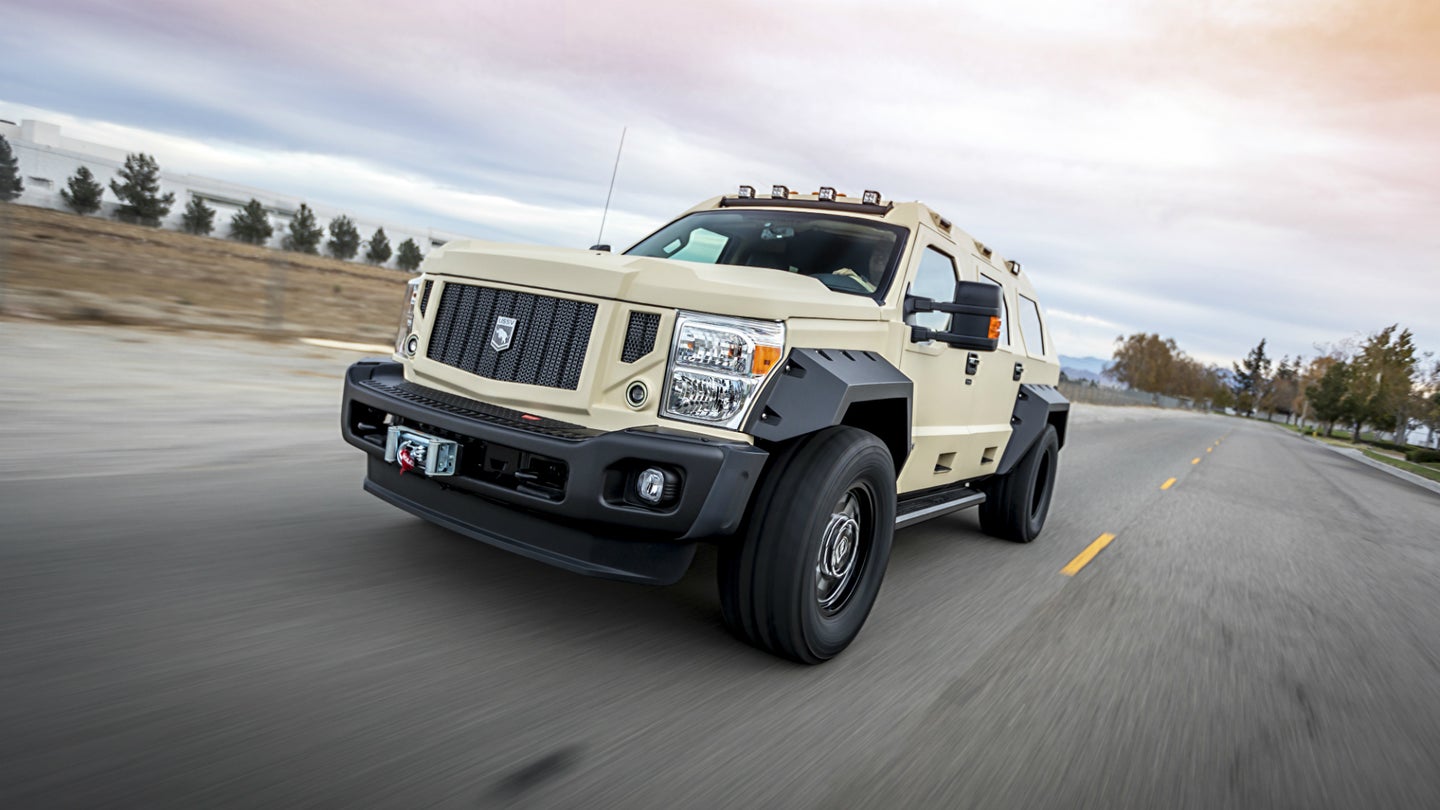 US Special Vehicles (USSV), a Southern California shop that modifies mainstream American trucks and SUVs, has launched a new ultra-lux model. The Rhino GX Executive is based on Ford's Uber-capable F-450 Super Duty pickup, but pimped-out with a leather and wood interior plus a butch exterior rendered mostly in steel.

Power comes from Ford's 6.7-liter Powerstroke V8 turbo diesel or one of the Blue Oval's 6.8-liter V-10 gas engines. Whichever engine you pick will be paired with a 5-speed automatic transmission, four-wheel drive, and a fancy hydraulic suspension.

The Executive Model is the top of the GX line, which was launched in 2016. You can get it in any color you want, so long as it's black, tan, or green.

A 40-inch television equipped with a satellite receiver is included with the Executive Model and used to help separate the rear passenger compartment from the driver and any of the owner's hulking henchmen sitting up front. An intercom system lets oligarchs riding in the dual power-reclining back seats dictate their wishes.

To cope with all the aforementioned electronics, plus a host of interior and exterior lighting, the Rhino GX is fitted with dual alternators. The truck rides on giant 38-inch Toyo tires and stretches 225-inches long, 96-inches wide, and 88-inches tall, making it bigger in every dimension than Ford's own giant luxury SUV, the new Lincoln Navigator.

The funny thing about wretched excess is that it isn't cheap... the Rhino GX Executive Model reportedly costs more than $300,000. Armored versions (handled by a certified third party) cost extra.

If all this seems a bit too much for you, USSV also sells a mid-size SUV called the XT, based on a rebodied Jeep Wrangler. The Rancho Cucamonga, California-based manufacturer won't equip that far smaller vehicle with a 40-inch television, but you can get it with a 707-horsepower Dodge Hellcat V8... which is excess of a different sort.