One of just 227 built, this homologation special rarity Porsche can join your collection today, as long as you're Canadian. 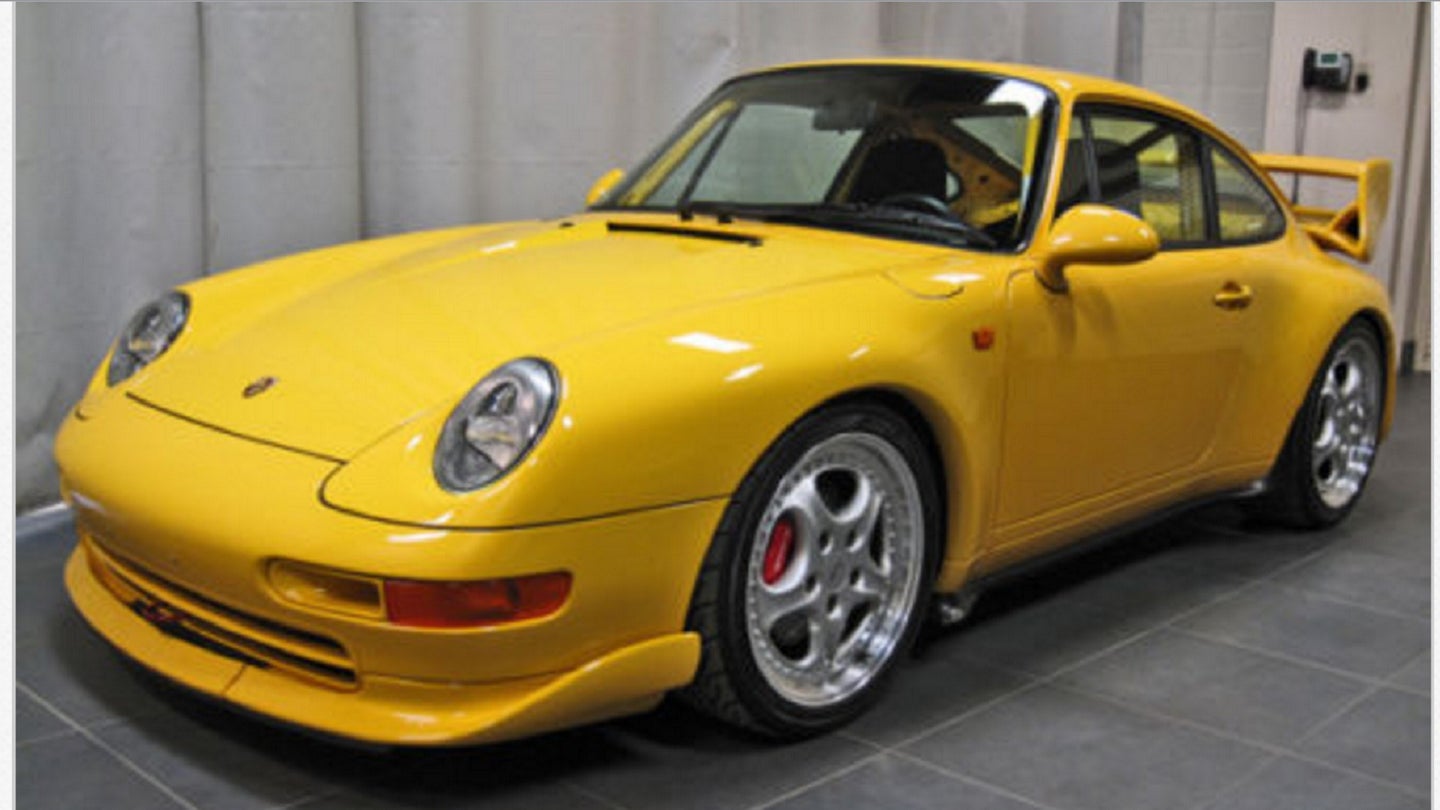 Think back twenty-two years ago to the Porsche you most wanted. If you're a rabid fan of the brand and preferred your 911 variants in naturally aspirated guise, it was likely the forbidden-fruit-outside-of-Europe Carrera RS. The 993 RS was the fourth major member of Porsche's famed RS family following the original 2.7 RS, the incredibly rare SC/RS, and the over-the-top 964 RS 3.6. Taking things an extra step, the 993 generation RS bumped displacement up to 3.8 liters, cribbed giant brakes from the 993 Turbo, stiffened suspension, and dropped weight like it was getting ready for beach season (100 pounds total). It was and remains a phenomenal car. If you were one of 227 lucky Europeans, you could even get your RS with a side order of Clubsport to make things even more hardcore with track-ready aero and a roll cage.

Porsche built the 993 RS to just over 2800 pounds with traditional competition-based weight loss through amenity reduction. The car carried no headliner, and power windows/locks/mirrors were chucked out in favor of manually operated units. Some insulation was removed, as were some extraneous wires from the harness (rear window defrost, for one). Of lighter "sport" bucket seats were with no power option, and even airbags were eschewed. Perhaps they went to extremes when the car's variable wiper speed was deleted to save a few ounces. Or perhaps not.

Where the car's lightweight build spec and wildly effective aero kit are the major talking points (not to mention the traditionally wild color ), it's the RS' engine that was the real special sauce. The Type M64/20 engine was fitted with Porsche’s Varioram variable-length intake runner system to help modulate torque delivery down low in the rev range while still producing bigger power at higher revs. Speaking of power, this 3.8 liter was capable of a very healthy 300 horses at 6,500 rpm and 262 ft-lb of torque at 5,400 rpm. The 2.1 version Bosch Motronic engine software system was capable of controlling both the twin-plug ignition and individual throttle body fuel injection.

This German-delivered RS Clubsport was handed over to its original owner in November of 95 with the presumption that it was going to hit the race track. The interior was completely stripped and painted in color (in this case Speed Yellow). The only piece on this car that would indicate it wasn't intended for racing is the extremely rare optional air conditioning. The car has been driven just 19,500 miles since new, which is an utter travesty. This Porsche includes its original owners’ manuals and service booklets, as well as the original tool roll in the front trunk. If you're an interested Porschephile, book a ticket to Canada and check this car out for yourself. Perhaps you can import it to the US under that old "Show and Display" provision. It won't be that long before you can register it in a lot of states with sliding exemption rules.

For more pictures and information, check out the listing on eBay. 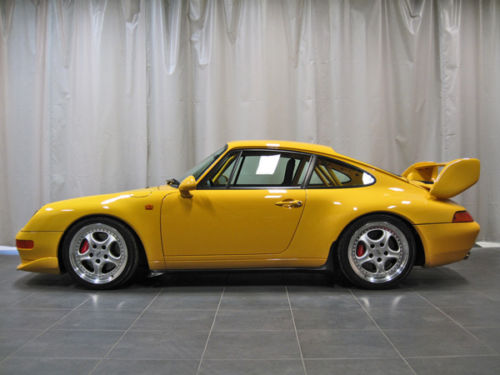 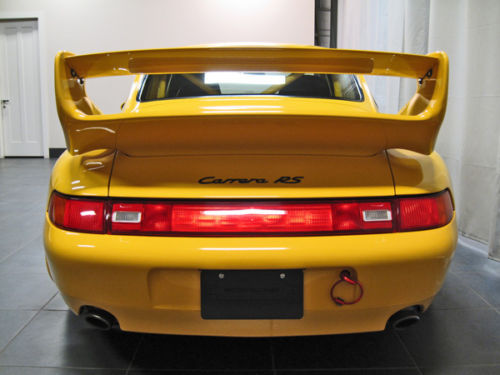 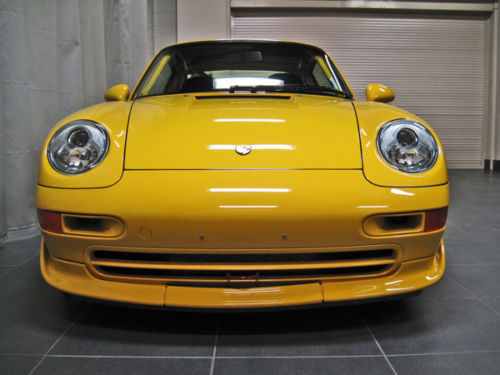 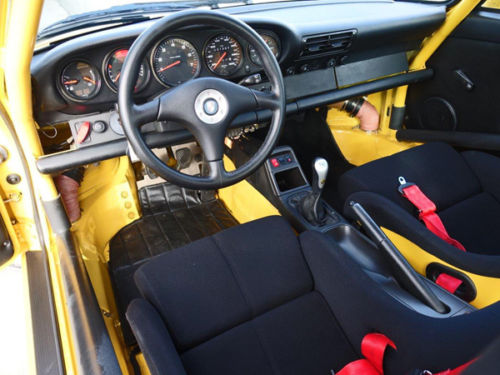 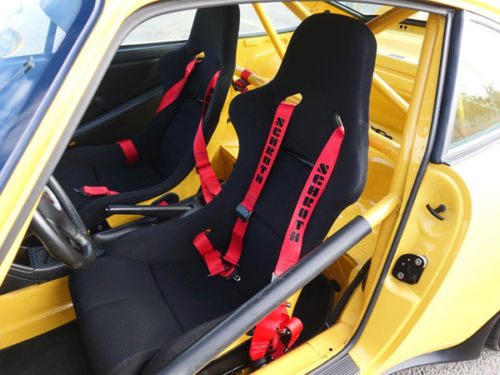