One Of Four Porsche 968 Turbo RS For Sale In England

New Year, New Me, New Car! Now is your chance to buy this crazy rare Porsche 968 to kick off 2017 in dramatic fashion! 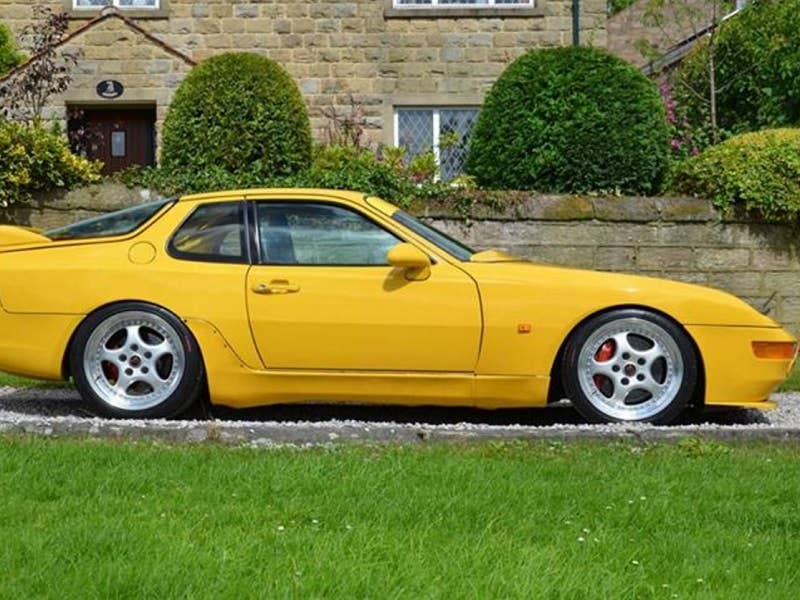 We've expressed our love of the 968 here in the past, and while the standard 968 is brilliant, it's the special iterations on this chassis that really make it a phenomenal, and by-and-large overlooked piece of Porsche's history. The 968 Clubsport gives the front-engine rear-transaxle chassis a really sporty feel, but there are two very rare cars that really ramp that up with forced induction. The 968 Turbo S was introduced in 1993, and it bumped the power level of the well-balanced car up to just over the 300 mark, but was available for just 10 lucky buyers. If that wasn't enough for you, and you wanted a track-only turbocharged 968 with a full-race interior, lightweight panels, and a stiffer structure, you purchased the 968 Turbo RS, of which only four were produced.

Being that the car was literally produced in numbers you could count on one hand, Porsche never really bothered with producing marketing materials about the car, and barely recognizes the car ever existed, even today. The car shown here is for sale at Gmund Cars in North Yorkshire, England, and they claim it is the only street-legal 968 Turbo RS of the four produced, and is making some 480 horsepower. If your New Years Resolution is to purchase the rarest watercooled Porsche ever produced, you might want to make a call to Gmund, or hop on a plane for the UK immediately, as this car likely will not sit around forever.

Painted up in Speed Yellow, this car has the color to back its power output. In order to produce that kind of power, Porsche used the standard 3-liter bottom end found in every other 968, and resurrected the single-cam cylinder head design from the 1989 Porsche 944 2.7 liter naturally aspirated engine, likely for simplicity sake and forced induction airflow. In either case, the engine compartment of this car looks far more 944 Turbo than it does 968. This is a truly unique car that should be preserved for the future. Nah, just kidding, take this thing to as many track days as you can handle! Happy New Year to you and yours, treat yourself to a 968 Turbo RS as a way of kicking off 2017 with some real fireworks!