This shop vehicle has been made much more lively with the addition of a 700-horsepower mid-mounted V12. 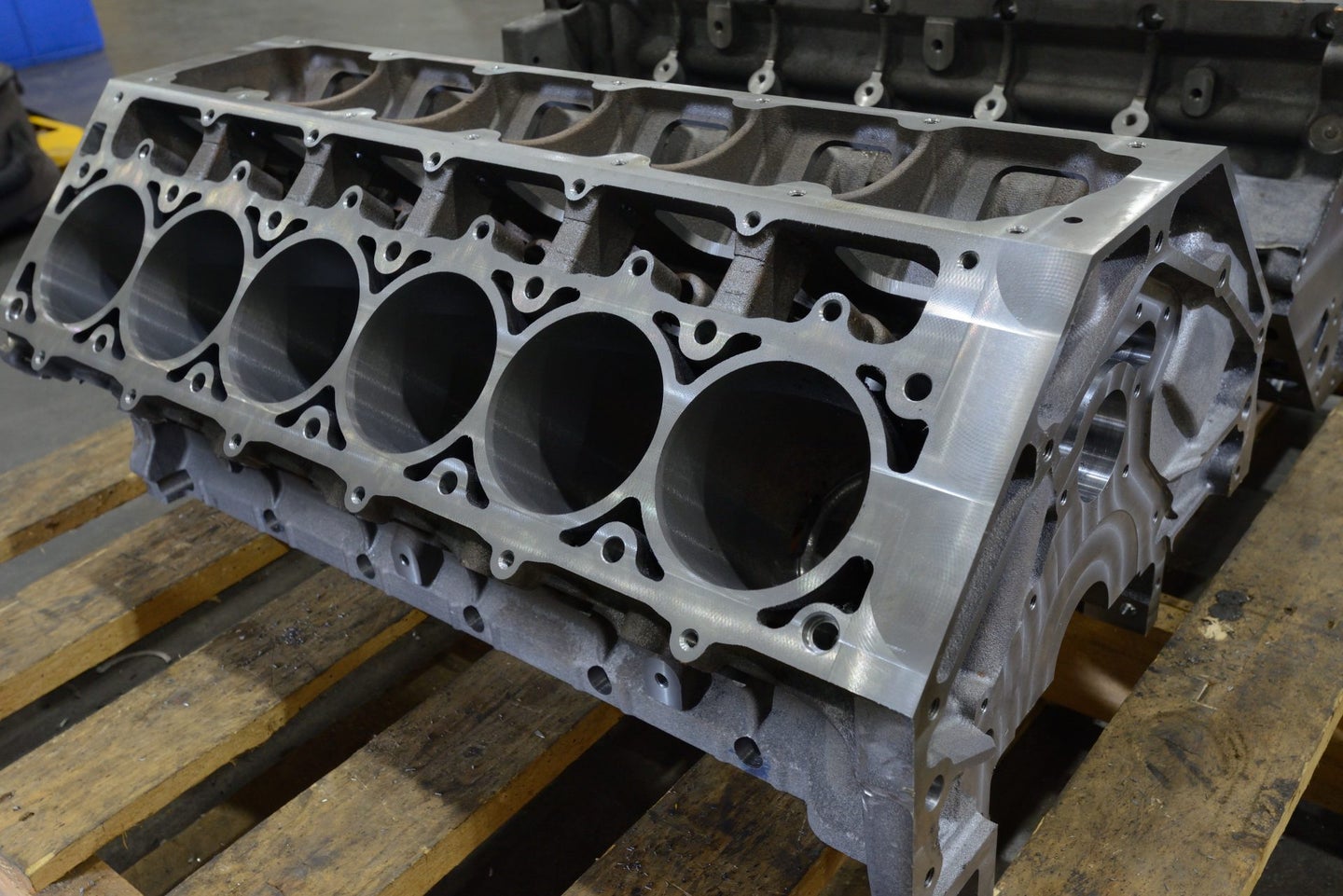 Australians love LS swaps almost as much as we do in the United States. However, a few engineers in the country were apparently unsatisfied with Chevy's factory V8 offerings, and decided to adapt the trusty LS7 into a V12 design. A couple years back, the engineers debuted a V12 LS Camaro at SEMA. Recently, the company's chosen a more practical vehicle to house the engine.

V12LS gave The Drive some details on the modifications to this 2004 Kia Pregio. It originally came with a mid-mounted 2.7-liter inline-four diesel engine, which had racked up 160,000 miles before being removed. Replacing it is the custom 9.5-liter iron block V12 putting out around 700 horsepower.

Despite having more than three times the displacement of the original engine, fitting the new power plant was surprisingly easy. According to V12LS co-founder Matt Corish, "The Kia van chassis is fairly strong being a commercial vehicle, so we simply made new engine mounts, a transmission crossmember and shortened the driveshaft. The exhaust is [3 inches] with truck mufflers. We do notice the chassis is nearing it's limits with this much power. However, getting traction is proving to be more of a problem than chassis flex at this stage."

Shown in the video, the engine had some issues with cooling. Now fitted with an upgraded radiator, the Pregio is being used as the shop's work vehicle.

On its site, V12LS offers both LS7-based iron blocks, and aluminum blocks with the bore of an LS3. While the block, heads, crank, camshaft, and intake are all custom, the V12 is able to use any pistons, rods, and valves that would fit an LS. The iron engine is capable of making up to 800 naturally aspirated horsepower, or more than 1,200 horses on boost.

The V12 is 8.8 inches longer than a standard LS, but only about 7 percent heavier. The engine's firing order has also been altered to match that of a Ferrari V12, giving it a unique exhaust note.

Aside from the Kia, V12LS is preparing two new custom vehicles to be shown at SEMA, coming to Las Vegas in October.

The 2017 Kia Niro Is a Great Hybrid. Really.
The Drive
MORE TO READ