This Company Will Build You Your Own V12 LS Motor

At this point, we're just waiting for someone to swap it into an RX-7. 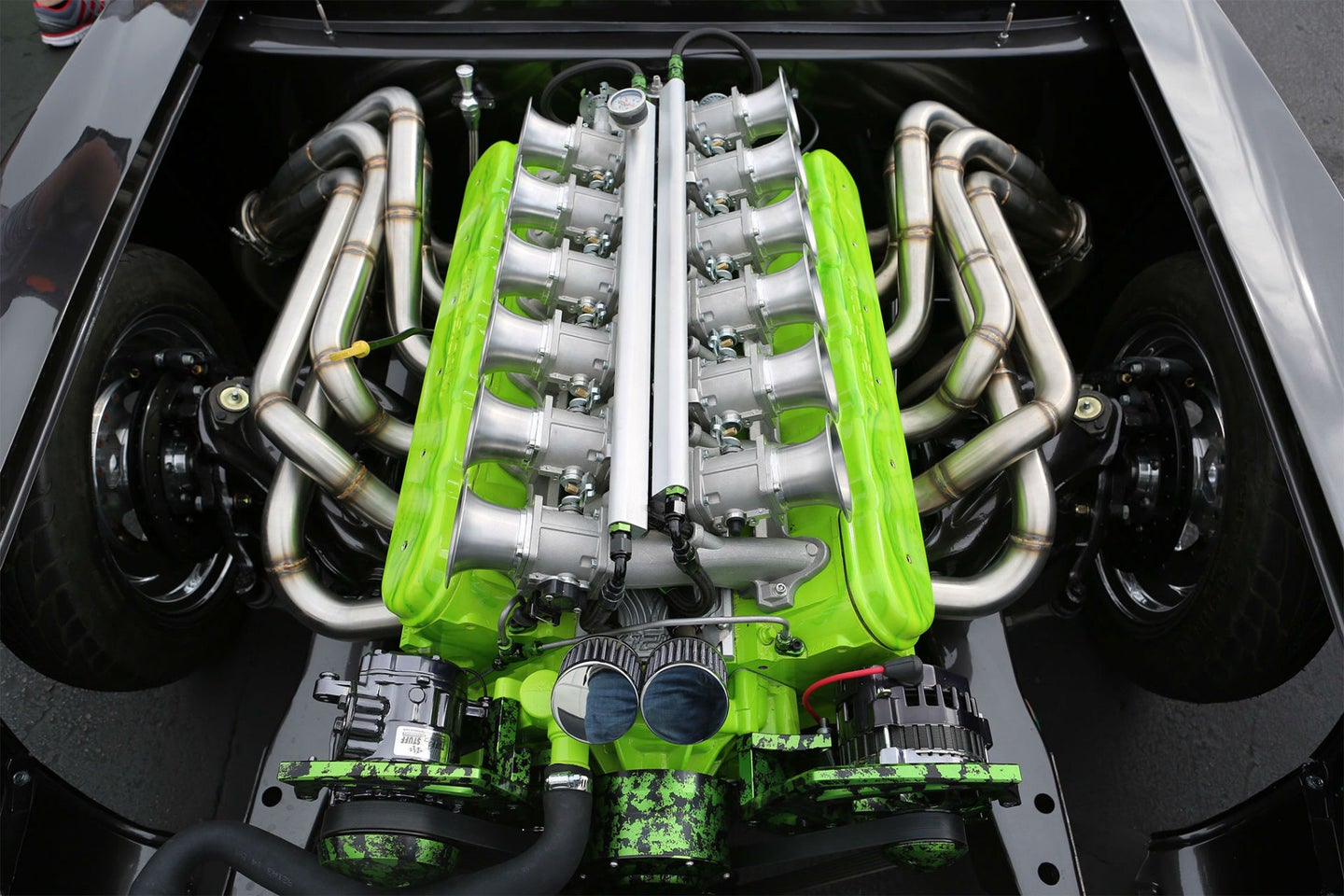 The General Motors-built LS engine family is, without a doubt, king in the American tuning scene. It's almost impossible to get more power out of anything this cheap, and as a result, our car culture has flocked to it like vultures. Equipped with eight cylinders and available in various displacements, you can almost certainly find one to fit your project. Now, a wacky Australian company simply named V12LS  will tack four more cylinders onto an LS engine, giving you the ultimate monstrosity that is this 9.5-liter beast.

The tuning house from "down unda" debuted a prototype of its V12 LS engine at SEMA in 2016. It was shoehorned into a 1967 Camaro and showcased the crazy concept to the Las Vegas aftermarket show. They have since picked up a new goal that not only includes building these completely in house, but also getting 1,000 naturally-aspirated horsepower out of a V12 with the same bore and stroke as a standard LS1.

That's a tall task, even for some of the most established engine builders. It wouldn't be any problem with boost, of course, but being completely atmospheric, V12LS will have to be extremely efficient with the upcoming project.

For now, you'll still be able to pick up your own product from them that ranges from "just" 600 hp all the way up to full-blown race builds with upgraded fueling, a standalone ECU, and 717 hp. Pricing begins at $21,300 for builder's kits and can be stretched to $46,200 for a turnkey example of the all-out performance model.

Luckily, the V12 utilizes the same motor mounts located in the same spot as the original LS, meaning that all you have to do is find a place to fit the extra 8.8-inches on the nose of the engine.

V12LS is working on building and casting its own blocks out of either iron or lightweight aluminum. With more plans ahead, we aren't sure what to expect from the insane Aussies, but we can guarantee you this: someone is already thinking of swapping it into something that it won't fit in.