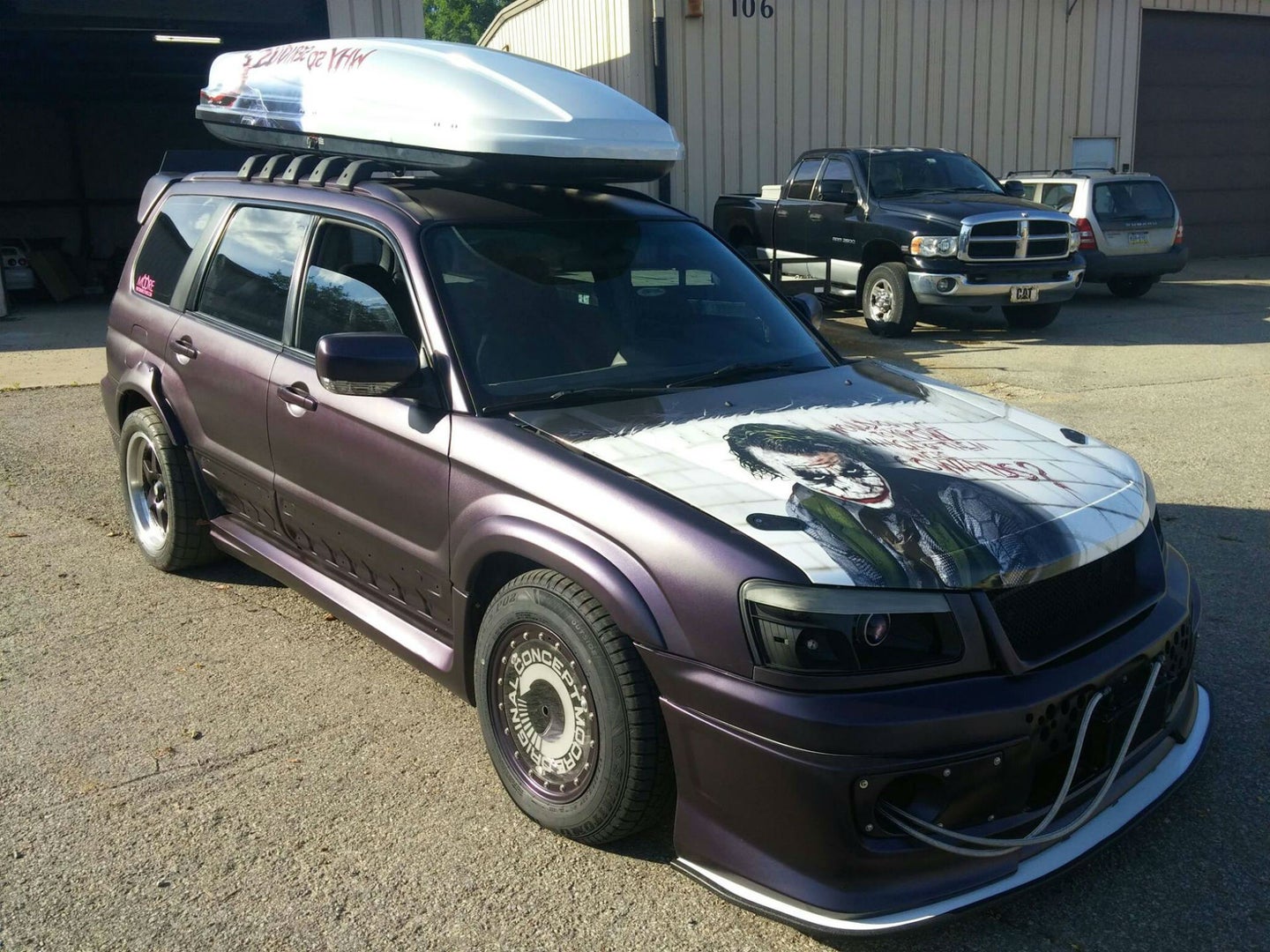 I'm not much for the "LS swap the world" demeanor, but sometimes, it's way cooler than it has any right being -- this is one of those builds. Instead of taking the typical route of airbag suspension and a tune, the crew at Moore Performance took this Subaru Forester, or at least what's left of it, and made "Project Arkham". With a supercharged LSx in the front sending mountains of power to the rear, it's a one-off that's sure to set itself apart from the cliche builds of today.

Painted in Joker guise, this thing growls more maniacally than the Batman villain laughs. A 1.9L LSA blower sits in the vee of the engine and helps to amp output all the way to 554 horsepower and 534 lb. ft. of torque, more than any comparably built flat four could hope to muster. It sends that power through a built GM 4L80-E four-speed auto, and finally ends up at the back wheels with the help of an upgraded Subaru rear end.

Shots of the engine bay show how bonkers this Subie really is, and no matter your stance on the project, the work put in has to be appreciated. Thanks to the LS's inherent simplicity and power potential, it turned this Japanese wagon into a riot that can't easily be matched.

Watch this strange sight as the Subaru burns out in a parking lot, laying waste to its two rear tires without issue.

And once you've stopped scratching your head from that clip, listen to the 5.3L V8 swoon. Or shout, really.