Respect Your Elders Who Drive an LS-Swapped, RWD Subaru Forester

This guy uses his to embarrass Chargers and Camaros alike. 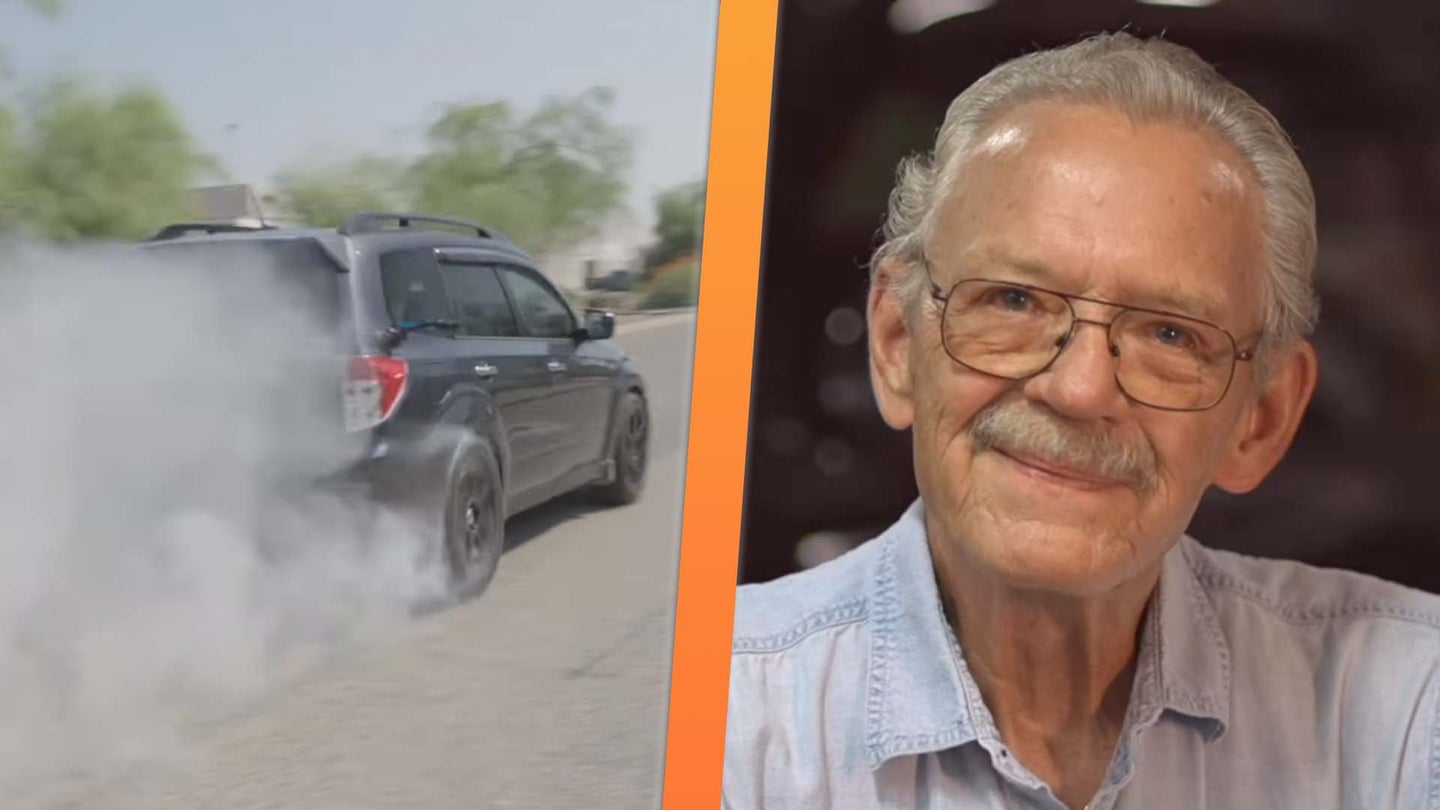 When you think of a car for the, uh, older population, you might think of something like a '90s Buick, or one of the million or so completely interchangeable crossovers. My grandma, for example, drives a Subaru Forester. I'm not sure, though, that she'd be fond of the one just featured on That Racing Channel. See, the fella that owns this 2013 Forester decided to swap in a supercharged, 6.2-liter Cadillac V8.

The Subaru's owner, Mike, explains in the video he bought the car new and found himself surprised by its performance after outpacing a 1968 Dodge Charger in a drag. That left him wanting more speed and led him to Black Market Racing in Phoenix, Arizona which built the Subaru's 2.5-liter engine to 800 horsepower. Its power was peaky, though, and the car kept snapping axles, so Mike ditched the flat-four in favor of the drivetrain from a Cadillac CTS-V.

Before going in, the supercharged, 6.2-liter LSA V8 received a full rebuild, getting new piston rings, valves and springs, and ARP head studs. It also received a hotter cam and aftermarket exhaust manifolds, which would have marginally increased performance to an estimated 600 horsepower. This power travels through a GM 6L90 six-speed automatic to just the rear wheels, and because the swapped Forester weighs 3,880 pounds, it has a better power-to-weight ratio than the Cadillac where this V8 came from. As both have drag coefficients of 0.36, that should make the Subaru the quicker car in a straight line—though top speed is probably no comparison, as Mike says the Forester gets floaty at triple-digit speeds.

For a daily—which this Forester is—it gets terrible gas mileage, some 11 mpg, but it'll smoke most cars on the road when it's not busy smoking its rear tires. And despite having plenty of power already, Mike has plans for more and speaks of a smaller supercharger pulley to achieve his target of 700 horsepower. Getting old doesn't have to mean slowing down, I guess.