Looks like bad decisions were made all across the board. 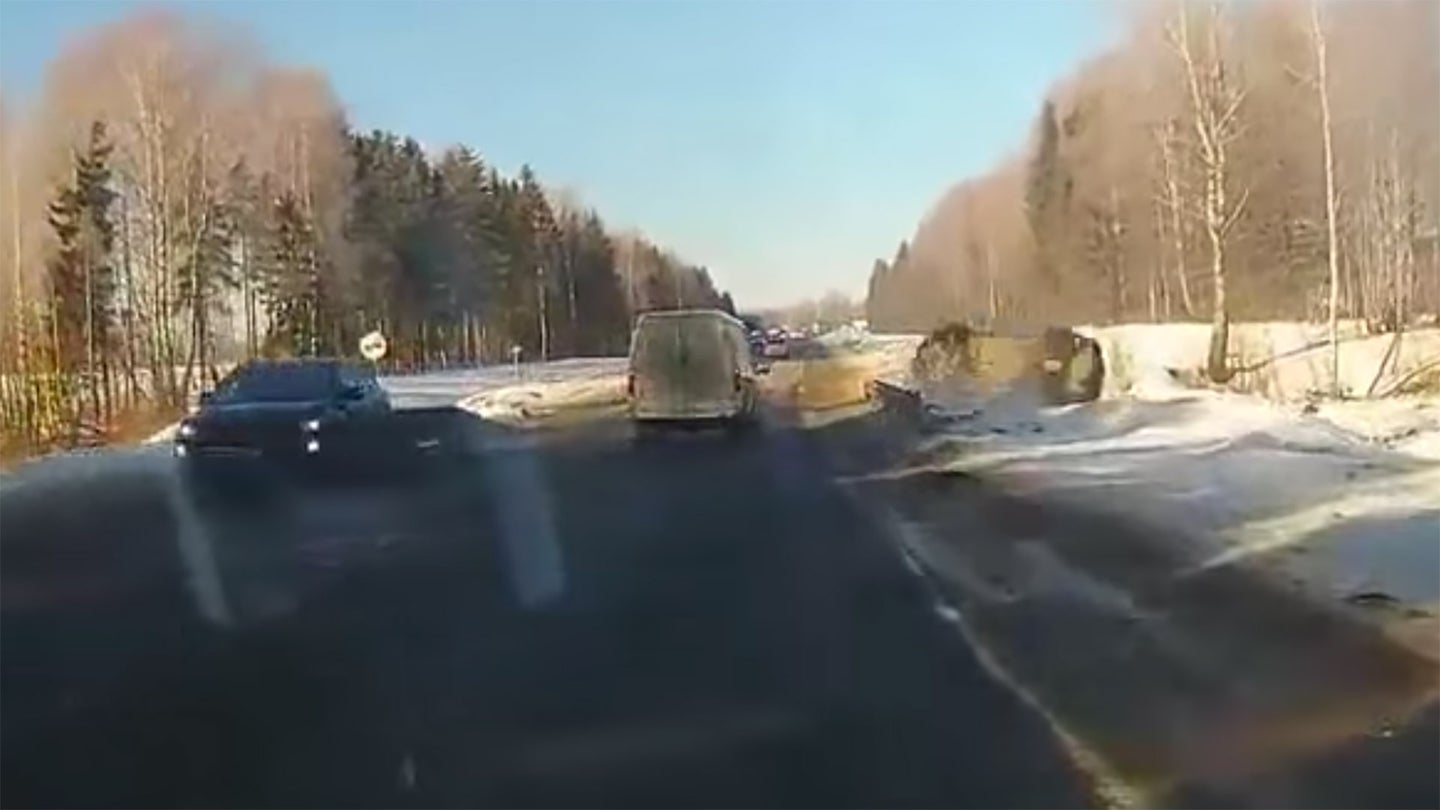 Let's first start off by acknowledging this video of a passing maneuver gone wrong displays poor form by everyone involved. The van driver in the video clearly has trouble keeping his lane; likewise, the Subaru driver is way too aggressive in his passing behaviors.

The dashcam being used shows a van slowly moving to the right, as if to indicate the driver is allowing the red Subaru to pass. That's when things go awry. As the Subaru begins to maneuver around the van, the van veers to the left, eventually doing some sort of modified (and presumably, accident) PIT maneuver on the Subaru. As a result, the Subaru then goes barreling down an embankment.

If you can look carefully, you see the vehicle’s side curtain airbags and front airbags deploy. Fortunately, the safety features seem to have done their job; the occupants of the Subaru begin exiting the vehicle towards the end of the video.

Long story short, both drivers appear to have been in the wrong. Remember, always use extreme caution when passing another vehicle, and never do so with oncoming traffic approaching.