This One-Off, Chevy-Powered Race Car Was More Show Than Go, But Now It Beats Lolas at Goodwood 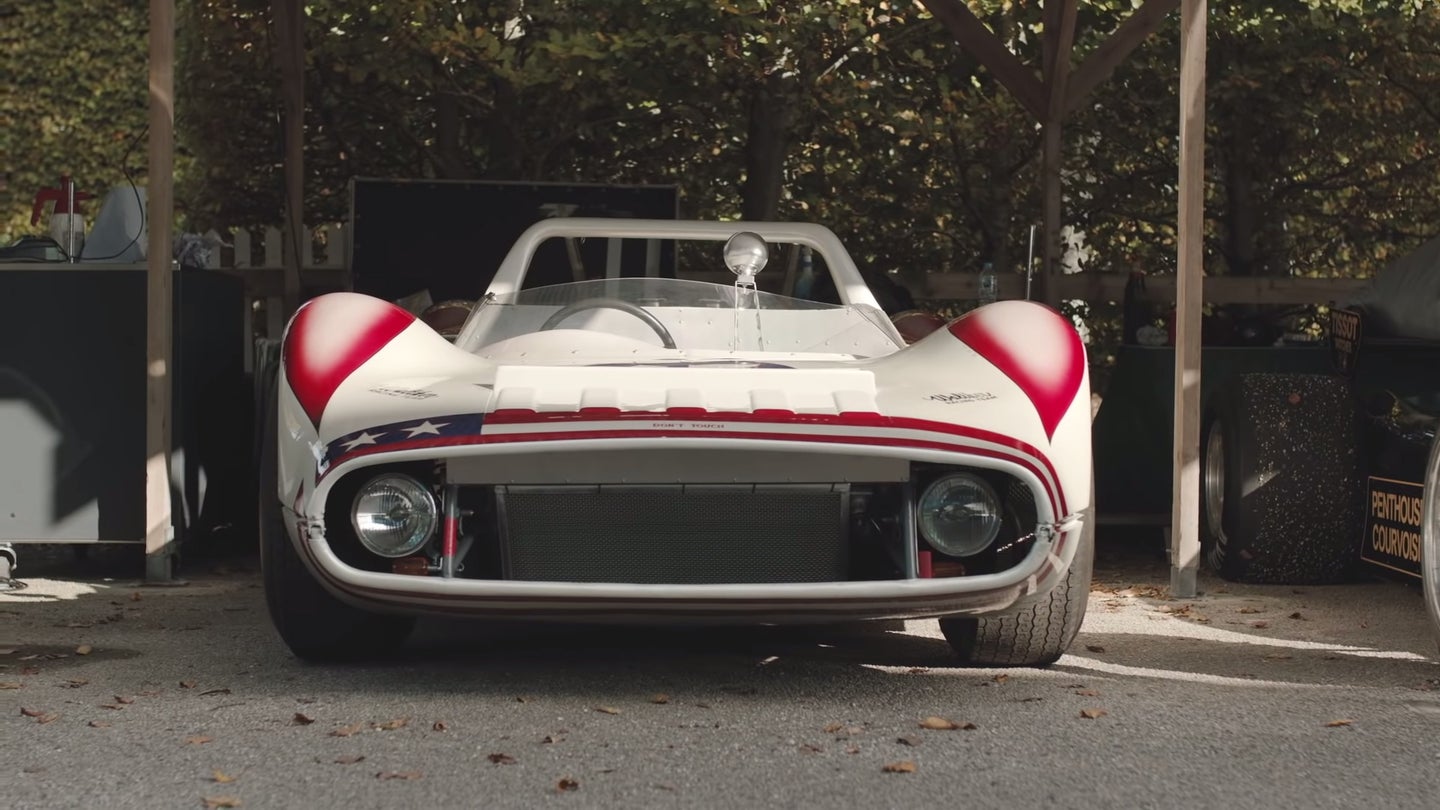 The vintage races at Goodwood come with an invite-only entry list, yet if your ride is period-correct, interesting and safe enough to do its laps around this very fast historic circuit, overall performance and racing pedigree are secondary on the list of requirements. Enter the McKee-Chevrolet Mahyra, a one-off from 1961 that most people have never heard of before, and for a good reason.

When Greg Thornton bought his unique American race car, all he knew was that the red-white-and-blue McKee was built to the specifications of the United States Road Racing Championship that eventually got replaced by Can-Am, packing a 400-horsepower Chevrolet V8 behind its tight cockpit. The car also came with photo evidence of a trophy it won sometime in 1963. However, in order for it to race again, this 1961 wonder called for a full restoration job. Still, was it supposed to be any quick after that?

The history books suggested it wasn't. The trophy the car won in 1963 was for Custom Car of the Year, awarded to design legend George Barris for his paint job on this one-off. After being converted to Can-Am Group 7-style in 1966, the car did race with David "Salt" Walther behind the wheel for a while, who crashed a lot before the McKee supposedly appeared in The Dukes of Hazzard, at least according to the folks at Goodwood.

What's for sure is that some six decades later, Greg Thornton found himself strapped into a brick that understeered like a wet pig. However, a few suspension tweaks and tire pressure adjustments later, the mighty McKee-Chevrolet Mahyra and its 400-hp Chevy started to show some promise, even being able to keep up with a Cooper-Ford T61 "Monaco" for a while. On its first proper outing, turning this unique proposition into a "semi-controllable fast brick" proved to be a pretty solid effort.

Got a tip on one-off Can Am cars, big blocks, or more? Send us a note: tips@thedrive.com