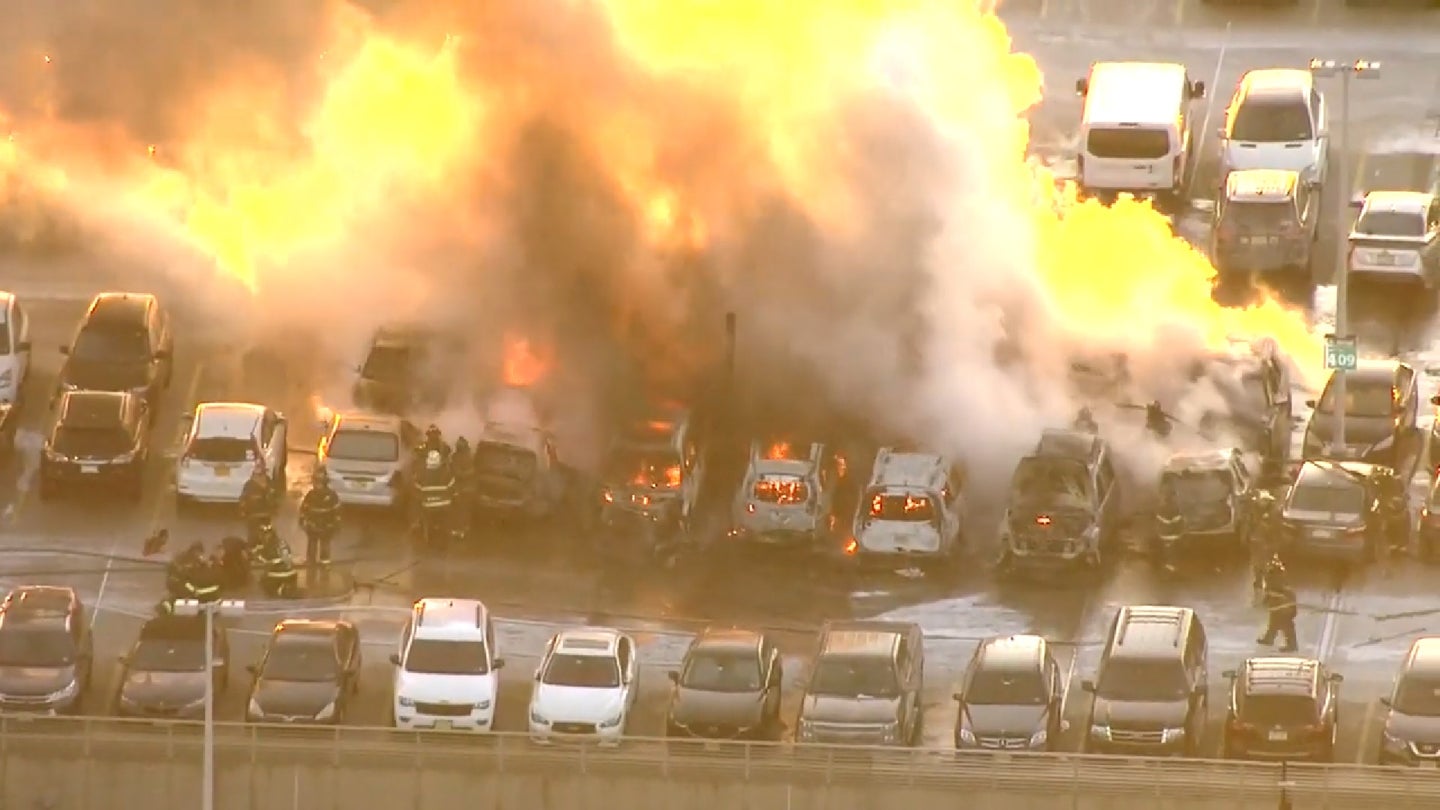 Anybody in the northeast who's ventured outside in the past few days will have been wanting for a little heat but this seems like overkill.

A massive fire laid waste to a total of 17 cars on a Newark Liberty International Airport parking structure on Thursday morning, reports NBC New York. No injuries have been reported and airport operations remain unaffected, per the Port Authority. According to police, 15 of the burnt vehicles were totaled and while the cause of the blaze remains under investigation, it is suspected to be caused by one of the now-charred cars.

That vehicle's owner was reportedly arrested when he heard about the fire and headed from the airport to his parked vehicle to check it out. Curiously, the unnamed man was not charged for his connection to the fire but for outstanding traffic warrants as well as a suspended driver's license.

The man also reportedly told police a few weeks ago that he was working on the vehicle's alternator. It is now being investigated as a possible cause of the fire.

As a result of the inferno, EWR's Terminal C parking garage and the nearby passenger pickup area were temporarily closed with the latter being since reopened. Newark Airport told those with cars parked in the affected garage to head to the Terminal C Level 1 taxi stand for further assistance via Twitter.

The thick, black smoke coming from the fire could be seen from miles away as evidenced by posts from passersby and other news outlets on social media.

Despite the unlikely turnaround, she’s unable to reclaim the car as her insurance company has already paid off the loan.