The racer who also drove a 919 Hybrid at Le Mans gives his insight on Porsche's new EV. 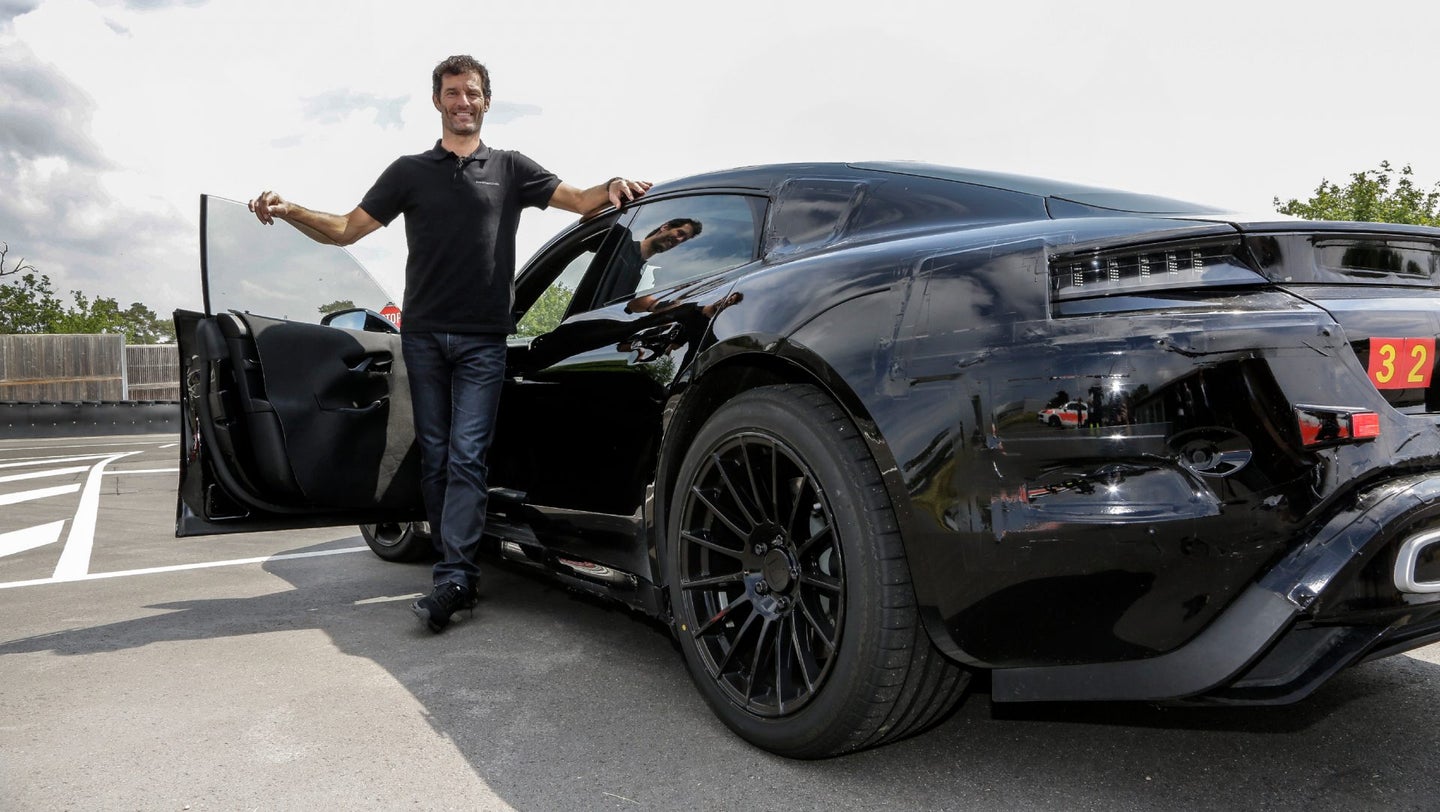 Porsche brought Mark Webber out to Germany to take its Mission E sedan prototype out for a spin on the Weissach test track. Weissach is a short, 1.5 mile course with tight corners. This makes it ideal for displaying the Mission E's handling prowess.

Mark Webber is a former Formula 1 competitor, and drove the Porsche 919 Hybrid prototype in the 24 Hours of Le Mans, taking second place in 2015. Retiring in 2016, he's now taken the job as a Porsche representative, meaning he gets perks like track time in a super-sedan well before its release. Webber also supports charities to treat child cancer in his native Australia.

The public still doesn't know much about the Mission E sedan, but from the information Porsche has made available, it puts out more than 600 horsepower from two electric motors that drive all four wheels. These motors are capable of sending the car to 60 miles per hour in under 3.5 seconds. Porsche is also planning to supply the Mission E with 300 miles of battery range, and there will be a "Cross Turismo" CUV version somewhere along the line.

Giving his impressions after the track session, Webber was impressed with the Mission E's handling, especially with the added weight that comes from an EV battery pack.

"The gorgeous view from inside the cockpit over the front wheel arches is pure 918 and the way the four-wheel drive system puts its 600 hp down simply sensational," said Webber. "I thought that the Mission E could feel a little heavy but the driving experience is seriously dynamic; the four-wheel steering, the performance, and the braking ability were a really amazing experience. I’ve driven lots of cars over the years that I’ve fallen for but the Mission E really stands out. I’m looking forward to driving it a lot more in the future."

Based on its recent Nurburgring testing, Porsche is dedicated to making sure that its first EV is a heavy-hitter. Regardless, the Mission E is still in its prototype stage, and production is planned for some time in 2019.