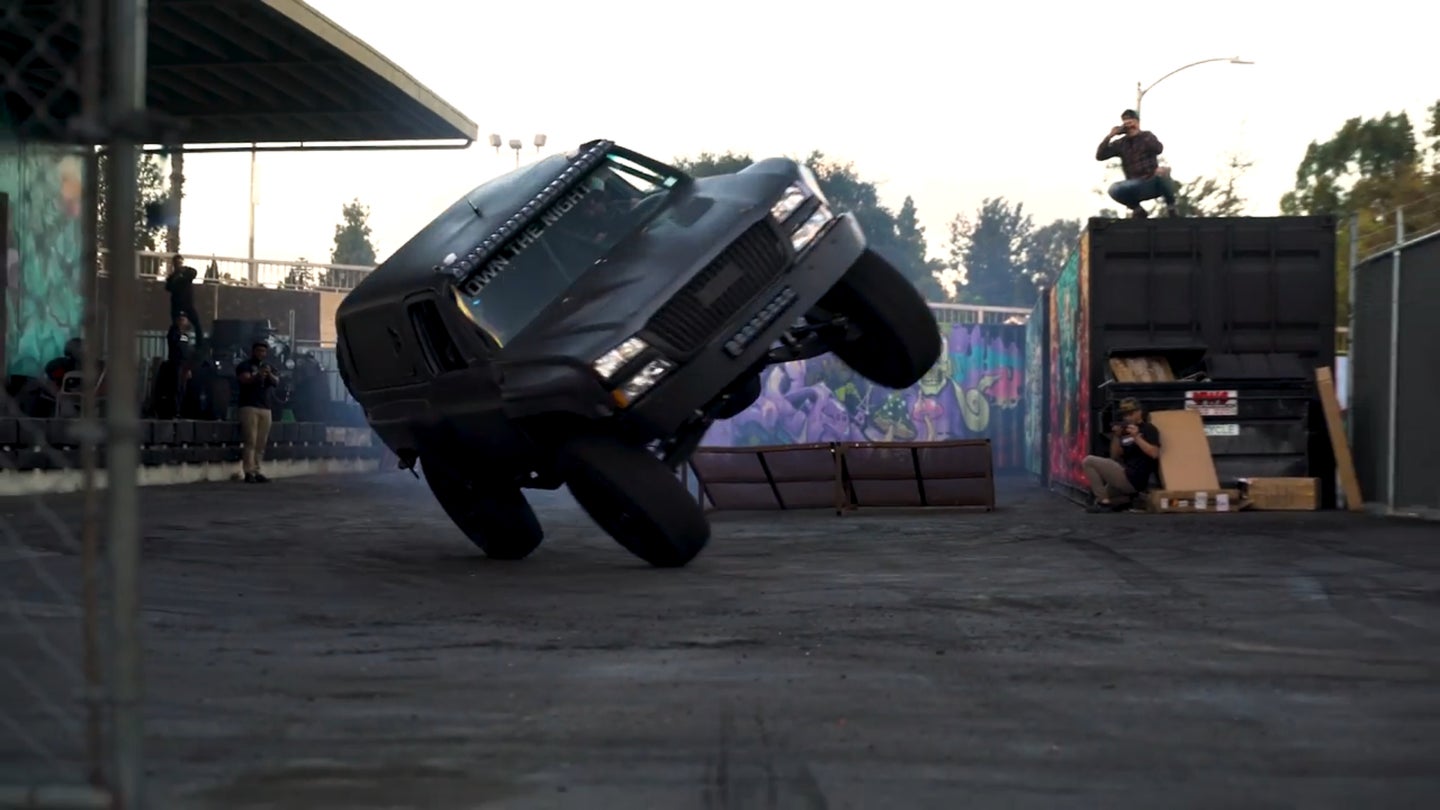 Months ago, for Hoonigan's Daily Transmission 100th episode, offroad racing champ BJ Baldwin stopped by with his 800-horsepower Baja 1000 capable Toyota Tundra based trophy truck. He is back today for episode 237, which happens to be the one year anniversary of Daily Transmission and Baldwin stopped by with his daily driver K5 Blazer which is named Loki.

Loki is powered by a 600-horsepower prerunner V8 engine and features King suspension, Alcon brakes, and Rigid light bars. Baldwin plays with Loki in the Donut Garage lot jumping it off a ramp and doing some donuts.

Check out Hoonigan's one year anniversary Daily Transmission episode below.

Revel in the Off-Road Absurdity That Is B.J. Baldwin’s Recoil 3

There’s an 800-hp truck and donuts on a bridge and a Sasquatch. You just really need to see this for yourself.