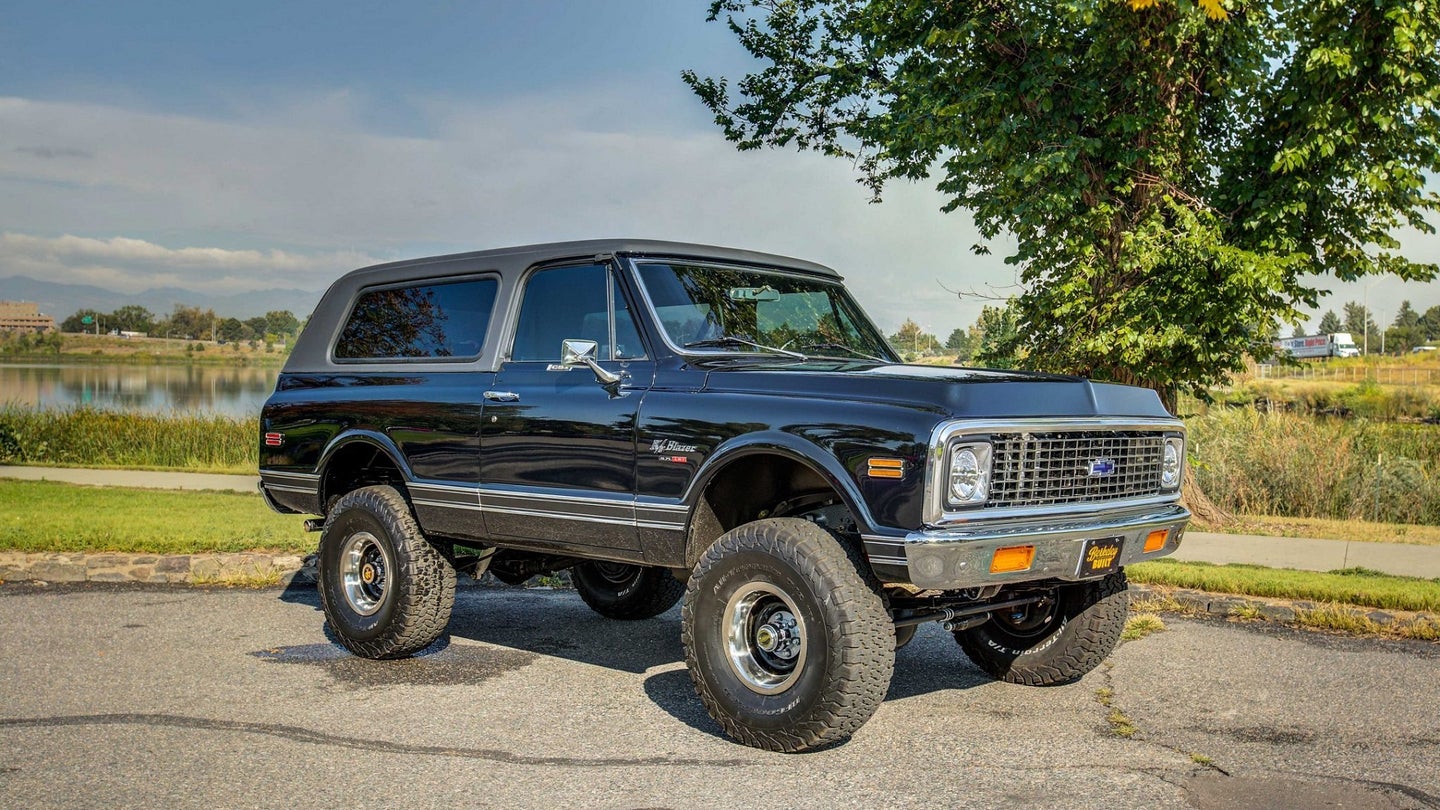 The 1972 Chevrolet K5 Blazer marked the final iteration of the first-gen Ford Bronco competitor. It came standard with now-iconic beefy looks and a 4.1-liter inline-six, which could be swapped out for a 5.0- or 5.7-liter V8 for some extra coin. The off-road-ready utility vehicle had standard front disc brakes and you could even add on a tachometer for a little extra. This specific K5 listed for sale on Bring a Trailer has a delicious secret under the hood, however: a small-block 5.7-liter LS1 V8.

Installed by Berkeley Garage this year, the engine was sourced from a 2001 Corvette with 29,000 reported miles. Take that, new Bronco.

FrankenBlazer doesn’t stop there, however. After the current owner acquired the Blazer in 2019, they commissioned a complete restoration that included a four-inch suspension lift and a new paint job in Harley-Davidson Vivid Black. It sports a new 4L75E transmission, five-pinion gearsets, induction-hardened turbine shaft, eight-friction-plate clutch, and specific valve-body calibration. In short, this Blazer goes way beyond average both on- and off-road.

Wilwood disc brakes with hydroboost, Warn manual front lockers, Pro Comp ES9000 shocks, and a custom dual exhaust system with MagnaFlow mufflers round out the additions made in Denver, Colorado. 15-inch rally wheels with chrome center caps and trim rings were fitted to 35 by 12.50-inch BFGoodrich All-Terrain T/A tires and the orange detail had me drooling.

The interior retains its retro beauty, featuring black vinyl TMI seats and door panels, a TMI center console, black carpets, and black dash pad. You might be entranced by the RetroSound stereo with Bluetooth and satellite radio connectivity and Pioneer speakers that can crank out some 2020 music on this better-than-groovy ute. The rest of the 245 photos (seriously) are on the listing if you want to check them out.

At $75,000 it's still far less expensive than the Blazer restomod that broke $300,000 on BaT earlier this year, but the auction still has two days left to run. 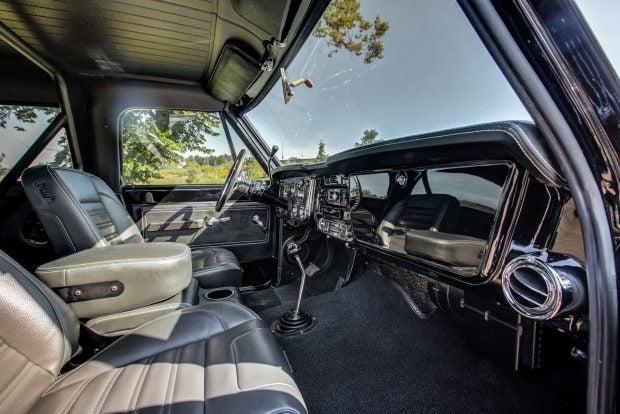 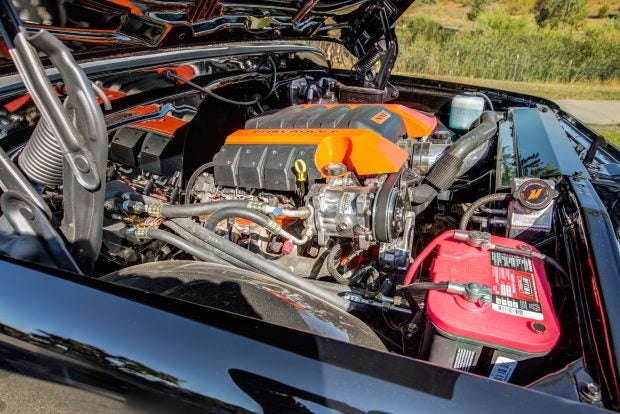 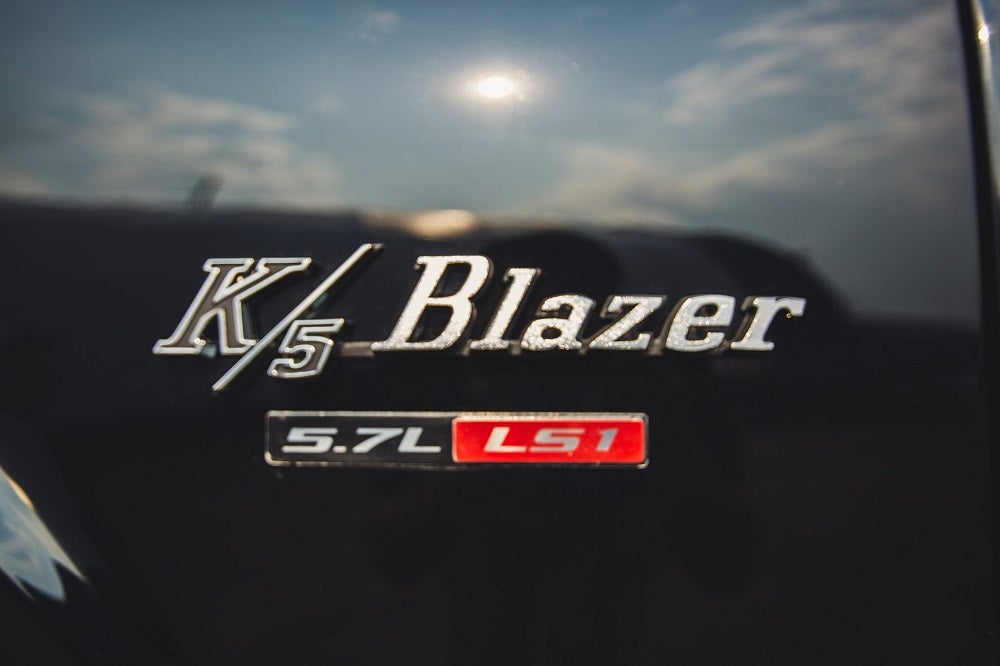 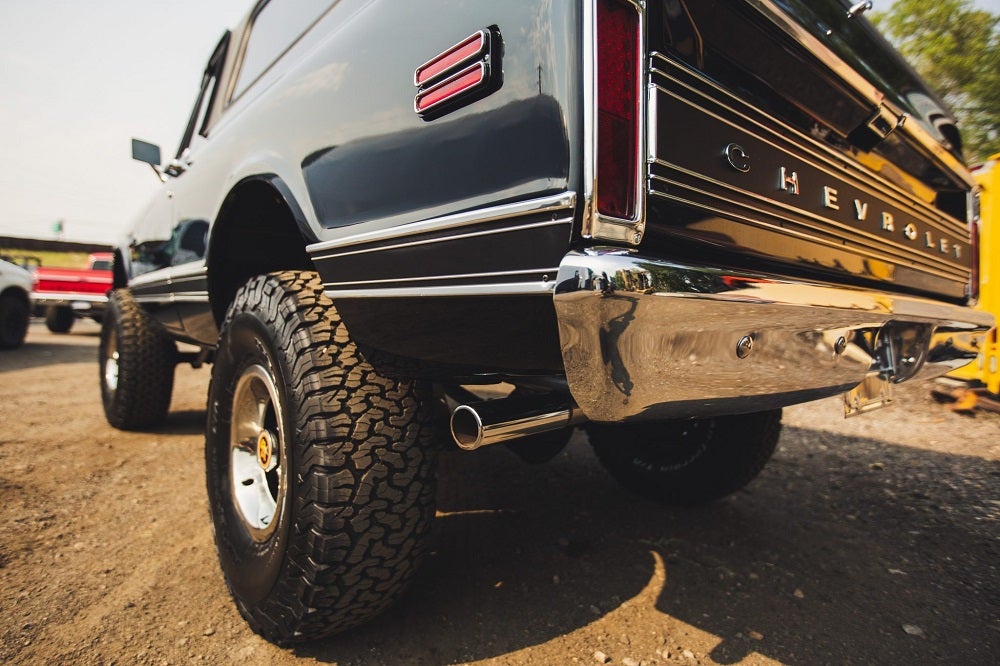 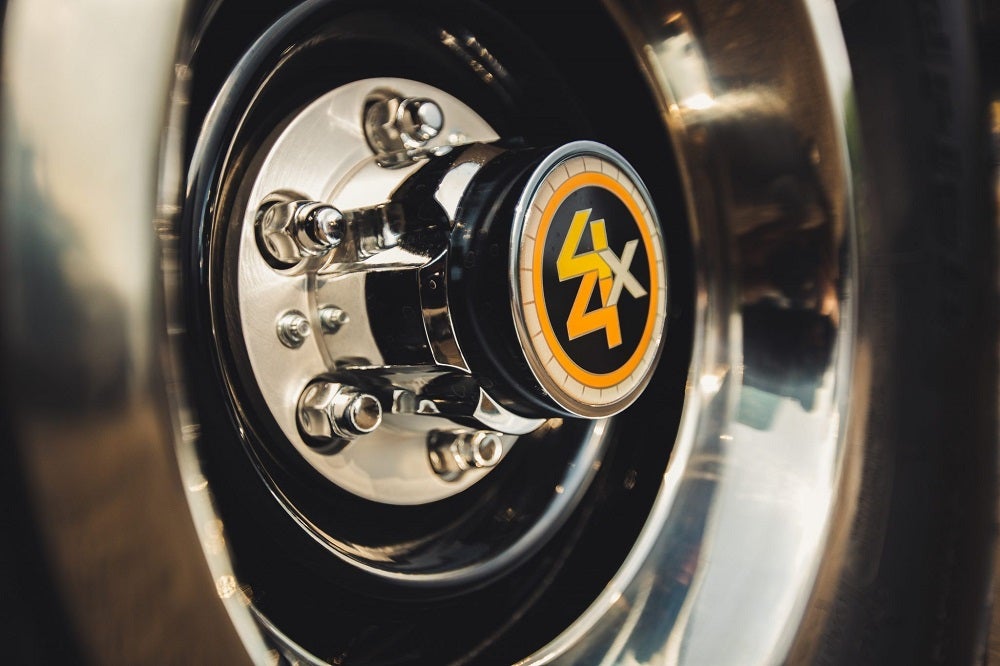 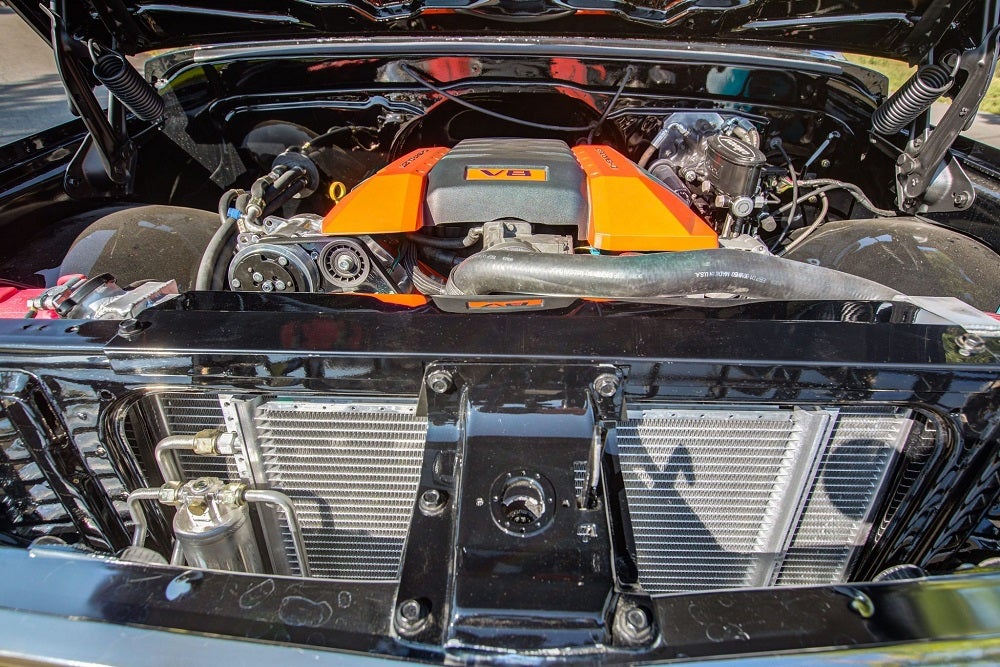