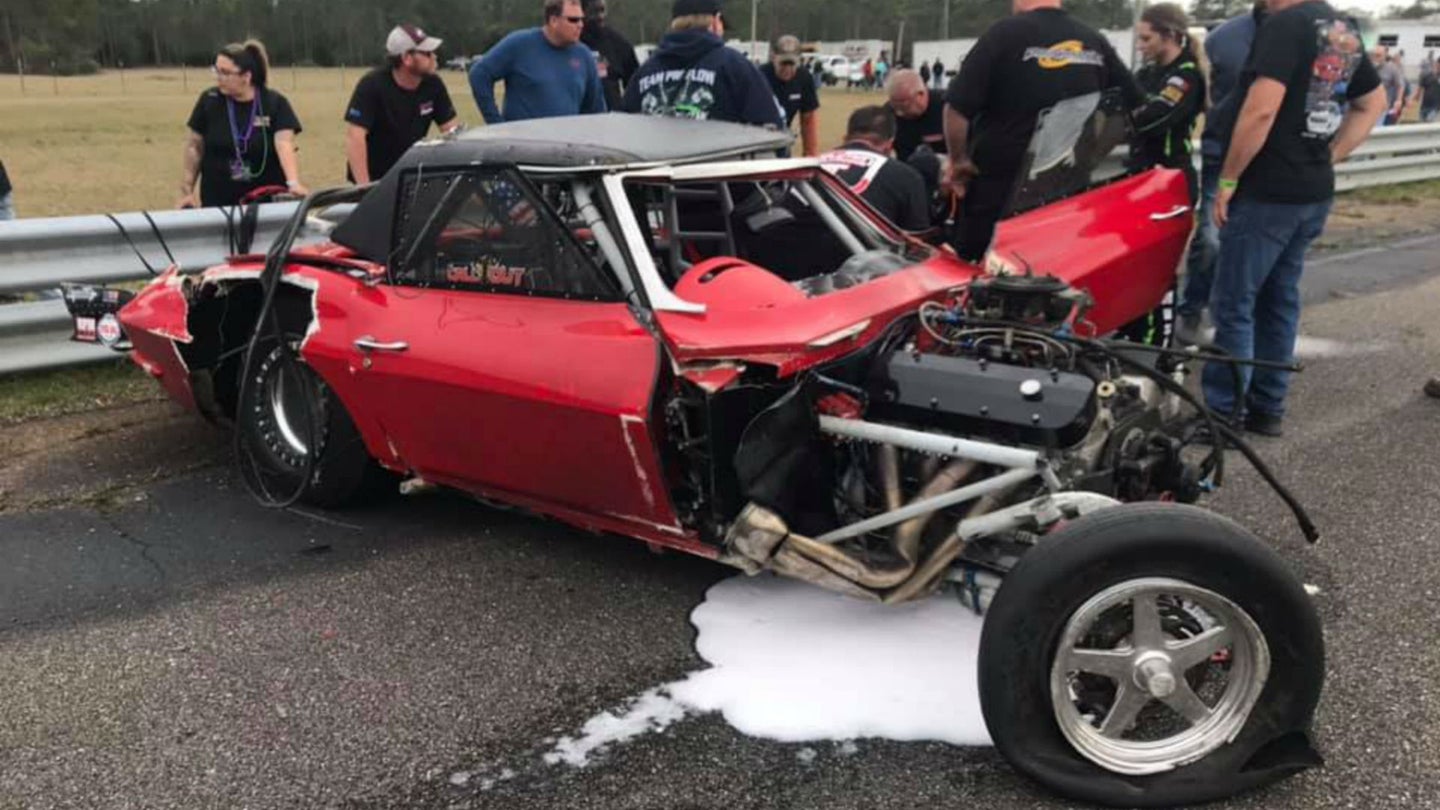 Street Outlaws drag racer Shannon Poole was involved in a worrying wreck behind the wheel of his "Red Bull" Chevrolet Corvette this Sunday. The reality TV personality was along for the ride when his car took flight mid-run, crashing down in a nasty fireball.

Poole's nitrous-boosted 1964 'Vette lifted its nose shortly after launching off the line, which flipped it into the air. The Corvette turned sideways while off the ground before slamming down on its nose, resulting in a fiery impact. A video posted to Facebook shows the incident from a spectator point of view:

Reports from the event state that Poole was awake and alert when reached by rescue crews. Thankfully, he escaped without any obvious injuries, though he was still taken to a local hospital for evaluation.

It's no surprise to see the Corvette pop a wheelstand since its original 327-cubic-inch engine was ditched in favor of a 632-cubic-inch power plant. According to an article by Dragzine, it took Poole and his father nine months to build while making occasional appearances on Street Outlaws: New Orleans during that time. Like most of the show's racers, Poole claims the car was “built for the street, so it is an absolute handful to drive on the track.”

Poole is known for his role on Street Outlaws: New Orleans, which aired on the Discovery Channel. The racer is a firefighter when not on the track and has spent considerable time helping families and sick children in his Mississippi community.

Luckily, Poole will live to race another day. As for the Corvette, it'll be a while before it sees another run, and that's only if they decide to rebuild it.

Wheelie-Popping Dragster Nearly Collides With Other Car, Pulls off Masterful Save

When you go from four wheels to two, you know things are about to get hairy.