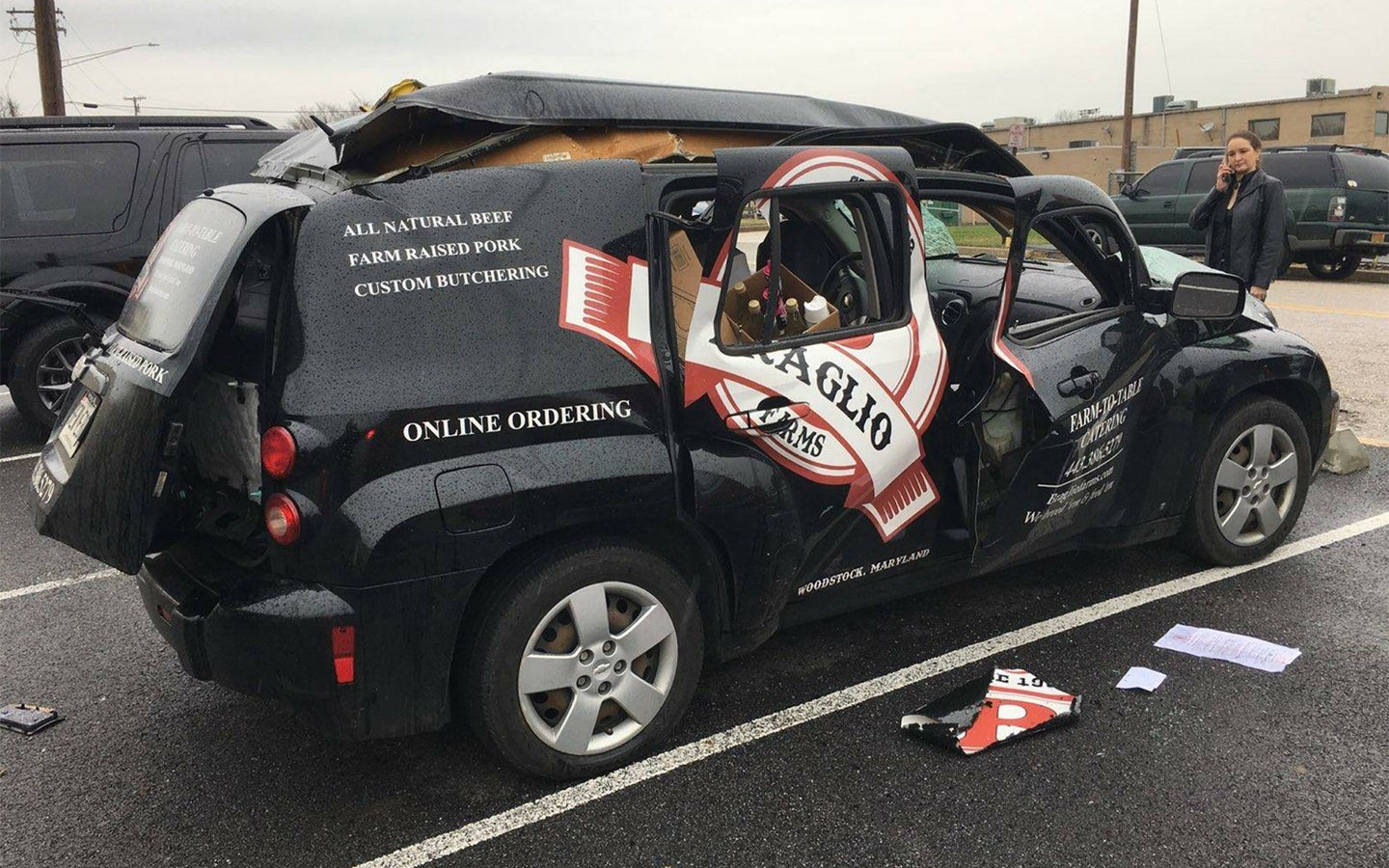 In the latest proof that cars and combustible gases just don't mix, police in Maryland say a Chevrolet exploded last week after the driver used an aerosol body spray and then immediately lit a cigarette in the confined space, according to the Baltimore Sun.

The unnamed victim was reportedly sitting in the front seat of a parked Chevy HHR with the windows down and the air conditioning running while he doused himself in aerosol deodorant. Despite the ventilation, he apparently used enough to fill the catering van with flammable gas, which promptly blew up as soon as he flicked his lighter.

Or, as Baltimore County Police spokeswoman Jennifer Peach put it clinically to the Sun: "I would say it would be best to describe as a sudden and violent expansion of the air molecules in that vehicle."

In any case, the little Chevy was completely destroyed, with its roof, doors, rear windows, and tailgate all pushed out by the force of the blast. The damage is almost identical to the Kia Sorento that exploded last summer when a couple in Florida shoved a propane grill in the cargo area and forgot to turn off the gas valve, leading to another cigarette-sparked disaster.

Though the driver in this case was first reported to have serious burn injuries, police later clarified that he was instead taken to the hospital to check for hearing damage—thankfully, the flames didn't last long enough to cause any physical harm. His ego? That's another story.