Aerosols and sparks don’t get along. 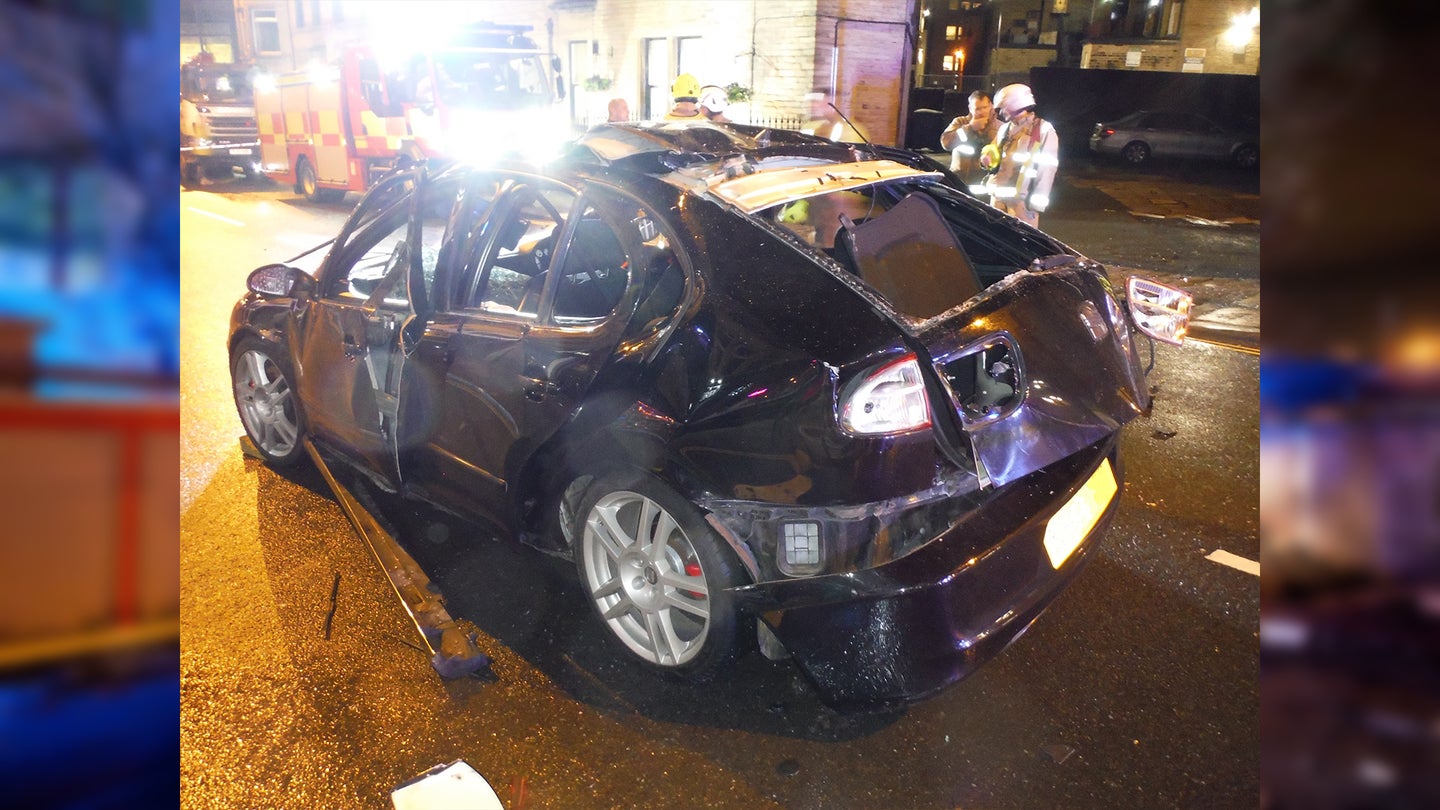 A man reportedly caused a massive explosion that totaled his car and damaged nearby buildings when he tried to light a cigarette after spraying an excessive amount of air freshener in his car. Luckily, no fatalities were reported due to the explosion.

According to the West Yorkshire Police, the man reportedly used an aerosol-based scent spray before lighting up a stogie. The spark from the lighter then caused the aerosol can’s propellants to ignite in spectacular fashion, causing a powerful explosion that no one was expecting.

The incident occurred on Fountain Street in the town of Halifax, in the West Yorkshire region of the United Kingdom. According to multiple reports, the explosion was so intense, it blew out the Seat León’s windows and windshield and dented the car’s body panels almost beyond recognition. It even damaged windows on surrounding buildings.

Astonishingly however, the driver walked away with just minor injuries.

In the case of this poor soul’s attempt to quell some interior odors, it's likely he sprayed so much of the material inside of his car that it concentrated to the point that the cabin became a powder keg.

"The owner of a car parked on that street and had used an air freshener can but not ventilated his car before lighting his cigarette," West Yorkshire Police told reporters in a statement. "The fumes exploded and blew out his windscreen, along with some windows at nearby business premises."

After chlorofluorocarbons, or CFC propellants, were outlawed for their ozone-depleting properties, manufacturers have since replaced those propellants with more flammable hydrocarbon gases, such as n-butane, propane, and isobutane.

Even on your basic cans of Febreeze spray and other deodorizers, they often come with warning labels that inform the consumer to avoid open flames or hot surfaces with the cans as they can spontaneously combust and cause dangerous situations.

If you plan on deodorizing your car's interior, don't forget to roll the windows down.

Amazingly, the high-performance Chevy was rebuilt in 17 hours after the flame-engulfed mishap.