Three-point turns, muddy hairpins, high on a mountainside with an overloaded motorcycle? No problem. 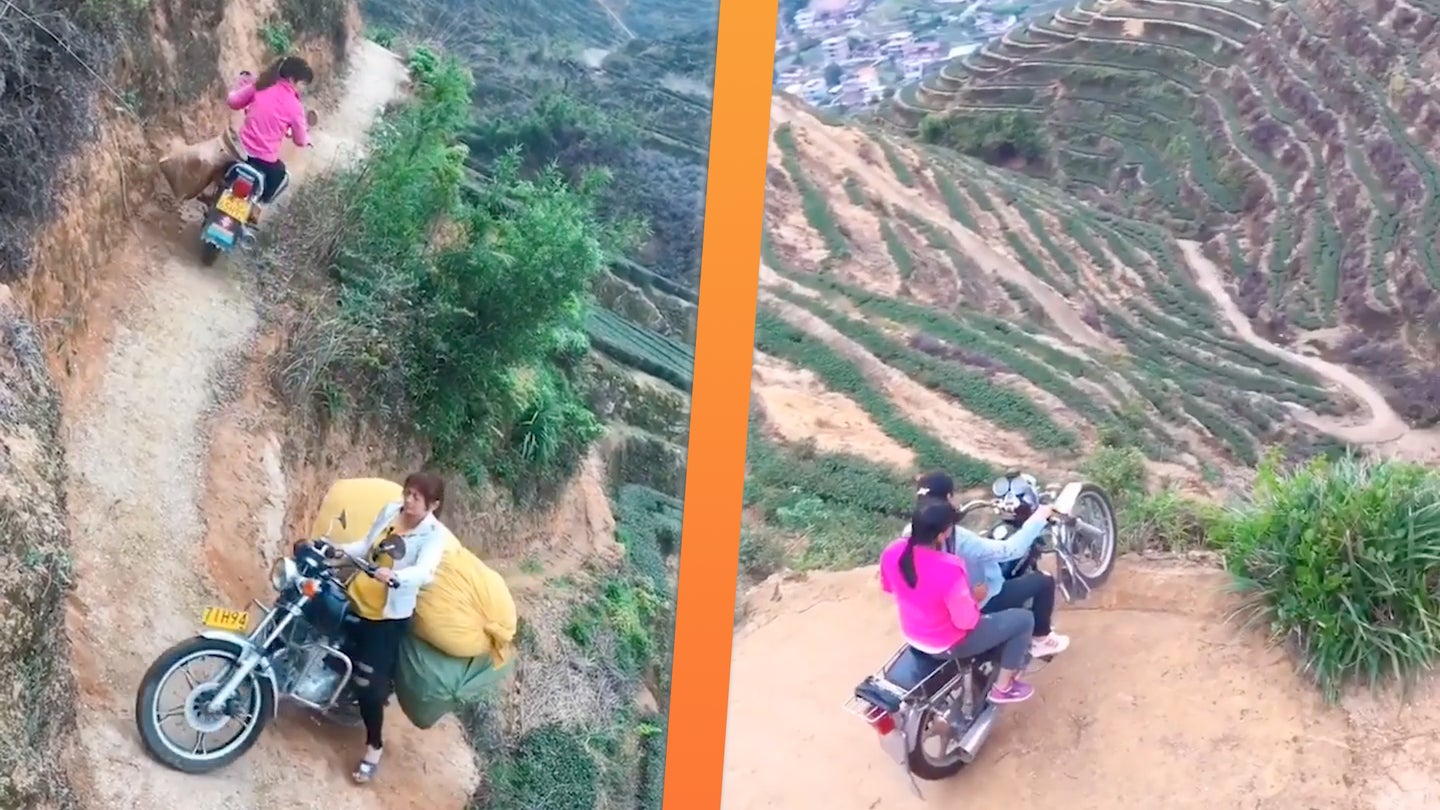 A mountain's thin air and rocky soil can make it an inhospitable place to grow crops. But for all the challenges these conditions present farmers with, they can reward them in equal measures, such as with cold temperatures, dry air, and reduced dependence on pesticides. Actually going to market, however, requires hauling one's produce down the mountain—a task not for the faint of heart. In some tea-growing regions of Southeast Asia, the quickest way is via the biggest motor vehicles that can maneuver down mountainous trails: Motorcycles.

Recent videos uploaded to social media show farmers traversing the treacherous terraces of a tea plantation on bikes, which offer a brief overview of high-altitude tea growth. In these clips, farmers ride a small fleet of Suzuki GN125Hs; entry-level "standard" bikes with upright riding positions, five-speed chain drives, and single-overhead-cam, air-cooled one-cylinder engines. Their simplicity of use makes them ideal for transporting bundles of tea down paths where even a moment's distraction could spell disaster.

Exactly where the farm depicted in the video below is located isn't clear; a comment by the video's uploader only outlines "eastern countries like Taiwan, Vietnam, [and] China." As terraced agriculture is practiced on multiple continents, it gives us no clues as to the video's origin, and the bikes themselves are of little help either. According to a Sri Lankan bike tour agency, GN125s are sold in Lebanon and New Zealand, suggesting these obscure Suzuki motorcycles were imported to wherever they're being used. Their plates also offer few clues, as while their non-numeral characters are legible, their language of origin isn't readily apparent.

Whatever the case, it's impressive just how brave these farmers are for eloquently riding their motorcycles along these narrow passages. In some cases, they have to stop and back up for three-point turns, and sometimes even employ the help of others to hold the bikes from behind so they don't fall down the mountain.

There are many crops that grow in inhospitable places around the world that require dangerous collecting methods, but this one is definitely up there in terms of risk. Just think about that next time you sip on a hot cup of tea.