Hacked Lime Scooters Ask Riders 'If You're Going to Ride my A**, Then Please Pull My Hair' 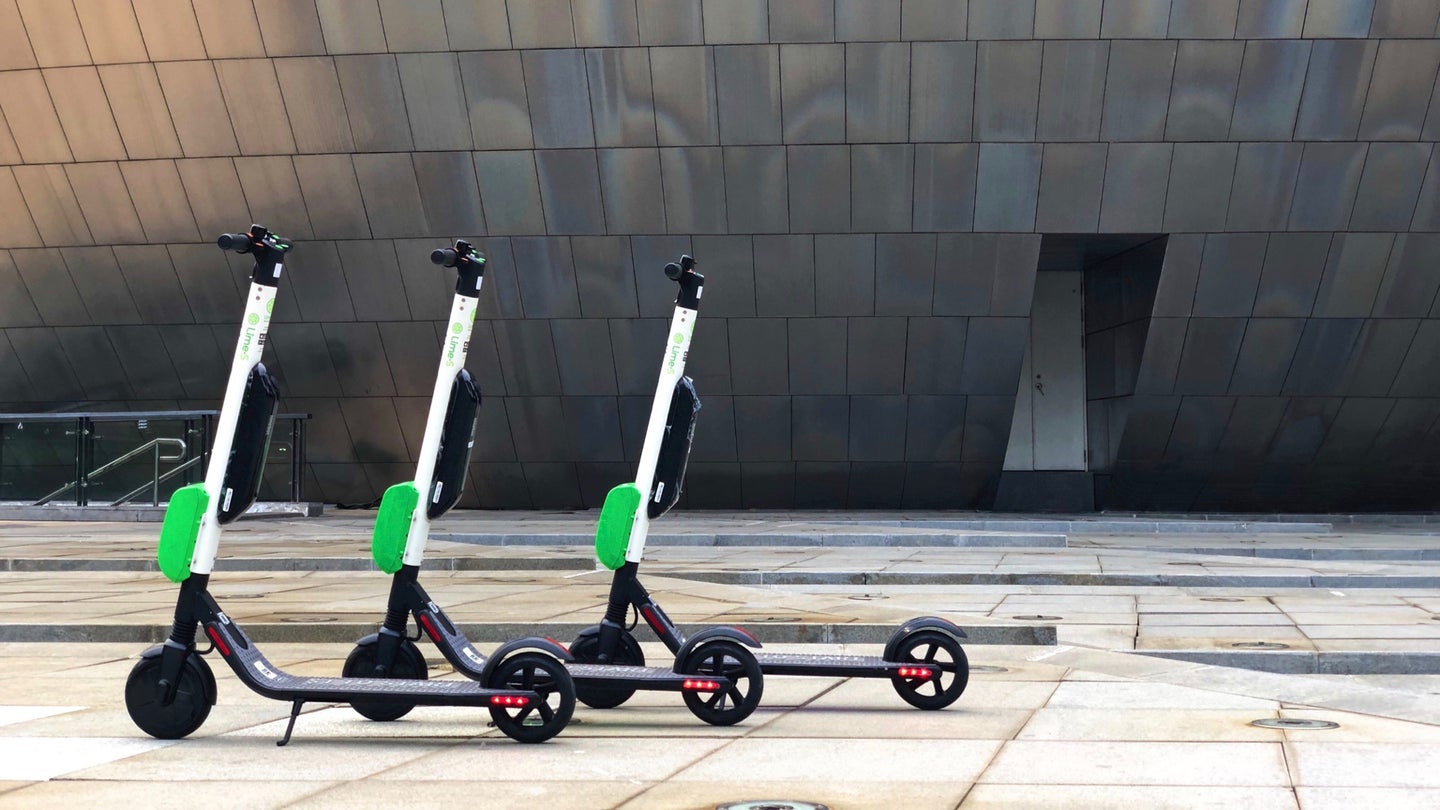 Though the rise of sharable electric scooters has been rocky and at times, even contentious, it’s never crossed into the silliness that the internet can sometimes offer. Something that removes the seriousness of the mobility prophecies while giving consumers a good laugh. That is until a few “vandals” in Brisbane, Australia decided it’d be funny to hack eight Lime scooters and make them play rude voice commands. The company, however, is not amused.

According to the Brisbane Times, the eight Lime scooters affected by the hack were altered in such a way as to play “offensive messages” through their audio speakers. The speaker is normally used for ease-of-use commands, but the hackers were able to play a selection of audio files of a sexual nature, including, “Don’t take me around, because I don’t like to be ridden,” and "If you're going to ride my a**, then please pull my hair, okay?"

Another file said, “Now, where’d you go?” once the ride was over. The intonation of the voice files also suggests something slightly less culturally appropriate. And Lime isn’t happy about what the BBC calls a prank.

“It’s not smart, it’s not funny, and is akin to changing a ringtone,” said Lime’s Queensland spokesman Nelson Savanh. He continued with, “It’s disappointing that someone has taken this opportunity to poke fun at members of the community in a hurtful way that is so far removed from the values we hold as a company.” The Brisbane Times added that this hack also comes as Lime seeks to gain a full license to operate in Brisbane amid criticism over mounting rider injuries.

The first reports of the hacked scooters appeared on social media and quickly made it to YouTube as well. According to the company, the eight affected scooters were removed from service, and Lime is currently auditing the rest of its fleet in Brisbane to ensure that no other scooters have been tampered with.

Furthermore, Lime wants to make sure the public is aware that the company’s scooters are still safe to ride. In the statement it released after the story went public, Lime also stated that the vandals physically broke into the scooter's audio system to upload the files directly, meaning that Lime’s operating system wasn’t compromised.