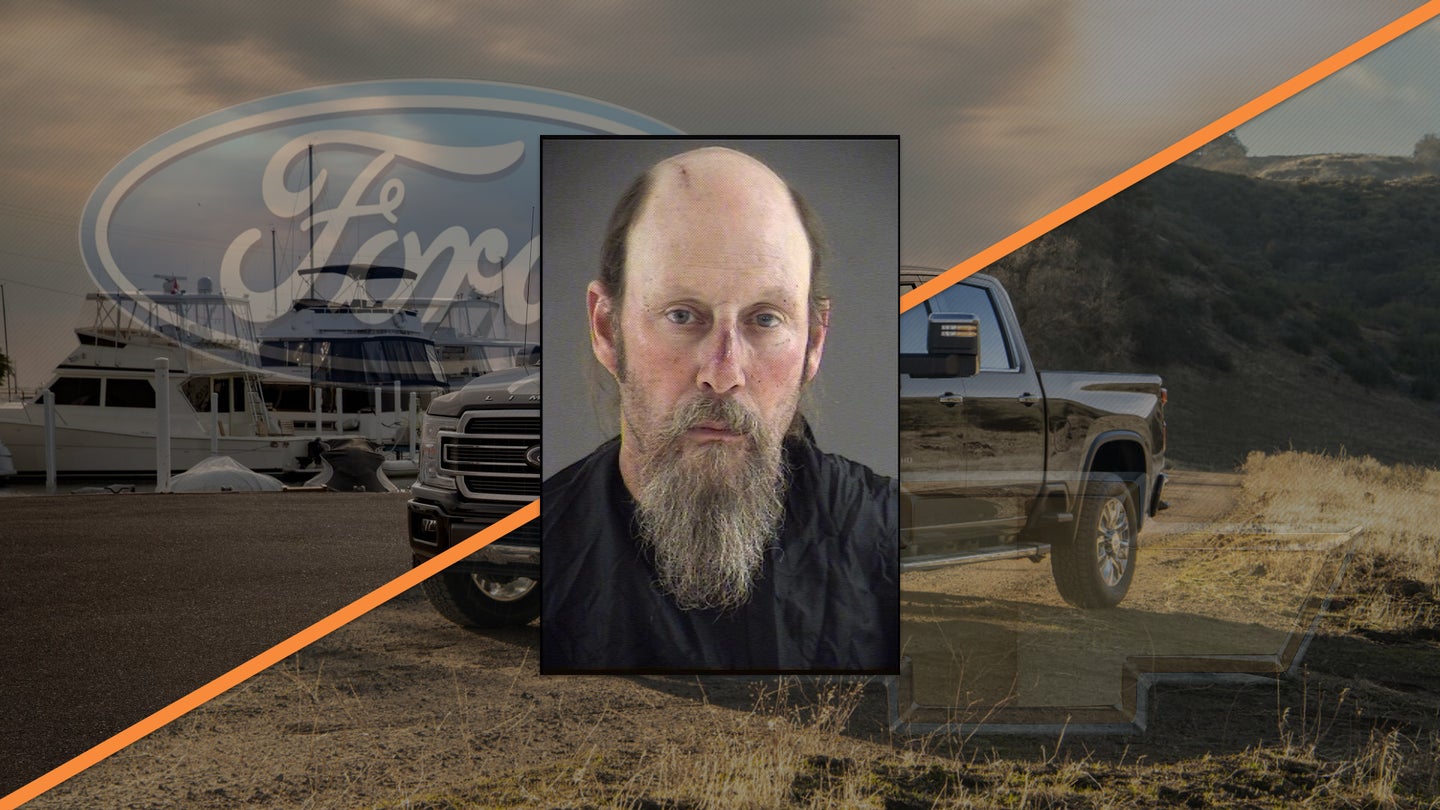 Since the dawn of time, the battle between Chevrolet and Ford has burned brightly. Legend has the age-old, mullet-inspired argument has produced absolutely no winners. But a plethora of losers. Now, yet another battle has been fought, this time at the hands of a Virginia man with a knife and a gun.

Police in Bedford County Virginia say that 56-year-old Mark Turner was attending an Easter-related dinner at his girlfriend's house when he began arguing with her adult son, debating if Chevy or Ford was the better automobile manufacturer. Eventually, Turner was said to have pulled a knife, resulting in his girlfriend intervening between the two individuals. Turner then turned the knife on his girlfriend, stabbing her in the lower back.

He disappeared into her home and emerged with a firearm to confront the man whom he was arguing with. Despite her injury, Turner's girlfriend positioned herself between the two men and was shot in the leg five times.

Turner then fired the gun at her son, hitting him in the arm. Two additional shots ricocheted and struck the son's girlfriend in the cheek and back, who was also in attendance

Shortly after the altercation, law enforcement and a tactical team were called to the home.

Upon arrival at the scene, officers found the three victims yelling in pain and indicating that Turner was responsible for their injuries. It was at that time when Turner emerged from the house, "heavily intoxicated" and without his weapon, to confront the officers. Eventually, he was struck by a flexible baton round and taken into custody.

Turner was charged with two counts of malicious wounding, using a firearm in a felony, and possession of a firearm as a felon. He was not charged with the rounds that ricocheted and struck the son's girlfriend, though Bedford County Commonwealth Attorney Wes Nance says that there is a "significant opportunity" for additional charges.

We still don't know which automaker emerged victorious in this fight.

The victim’s recent workplace injury settlement allegedly caught the eye of the salesman.