The system, created by Aurora Flight Sciences, is meant for military and humanitarian-aid missions that call for bigger, heavier fixed-wing drones that typically require runways. 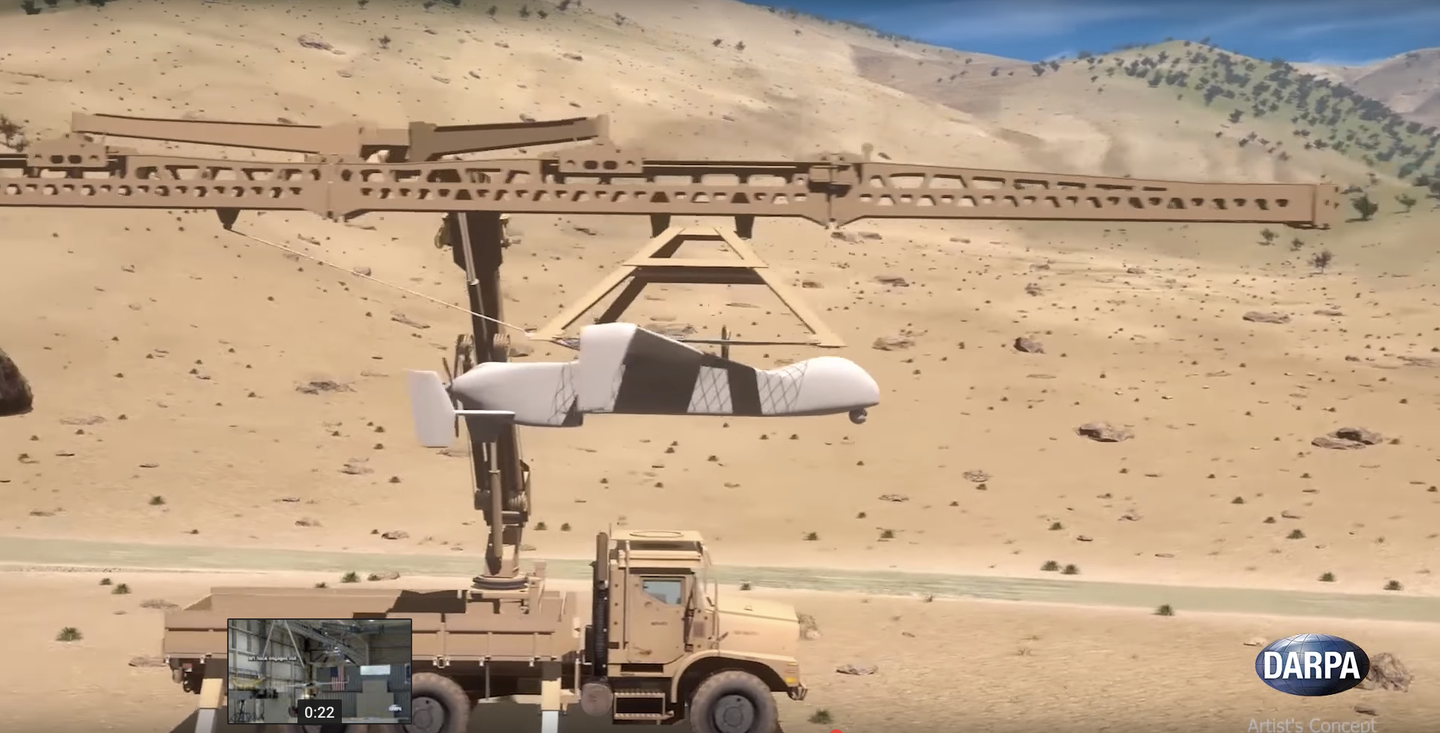 Quadcopter drones are the hobbyist's choice, but when you need to transport a good amount of stuff—as with a military or humanitarian-aid drop—you're probably going to need a sturdier fixed-wing drone capable of hauling the extra weight. But those unmanned aerial vehicles require runways for takeoff and landing, and runways aren't necessarily an option in the remote locations where such missions often take place.

Aurora Flight Sciences has created a new system called Project Sidearm that negates the need for runways by plucking the drone from the sky using an arresting-cable-and-net combo. Built on behalf of the Pentagon's Defense Advanced Research Project Agency (DARPA) and the U.S. Navy's Office of Naval Research, Project Sidearm proved itself during a December test in which it caught a 400-pound Lockheed Martin Fury drone—and Aurora claims the system can arrest drones weighing more than three times that amount.

According to Wired, the engineering brief called for a "self-contained, portable apparatus able to horizontally launch and retrieve UAS of up to 900 pounds from trucks, ships and fixed ground facilities.” The drone starts its mission being launched by a catapult; on the other end, a drone-mounted hook catches a cable below the system's metal rail, arresting the drone and swinging it upward, where barbs on the drone's nose snag into a net, catching the machine like a fly in a spider web. Project Sidearm can be mounted to a ship or a truck, and to achieve the "portable" part of the briefing's requirements, the whole thing folds into a 20-foot shipping container for easy movement anywhere in the world.