The craziest part? The craft landed with a half-tank of fuel leftover. 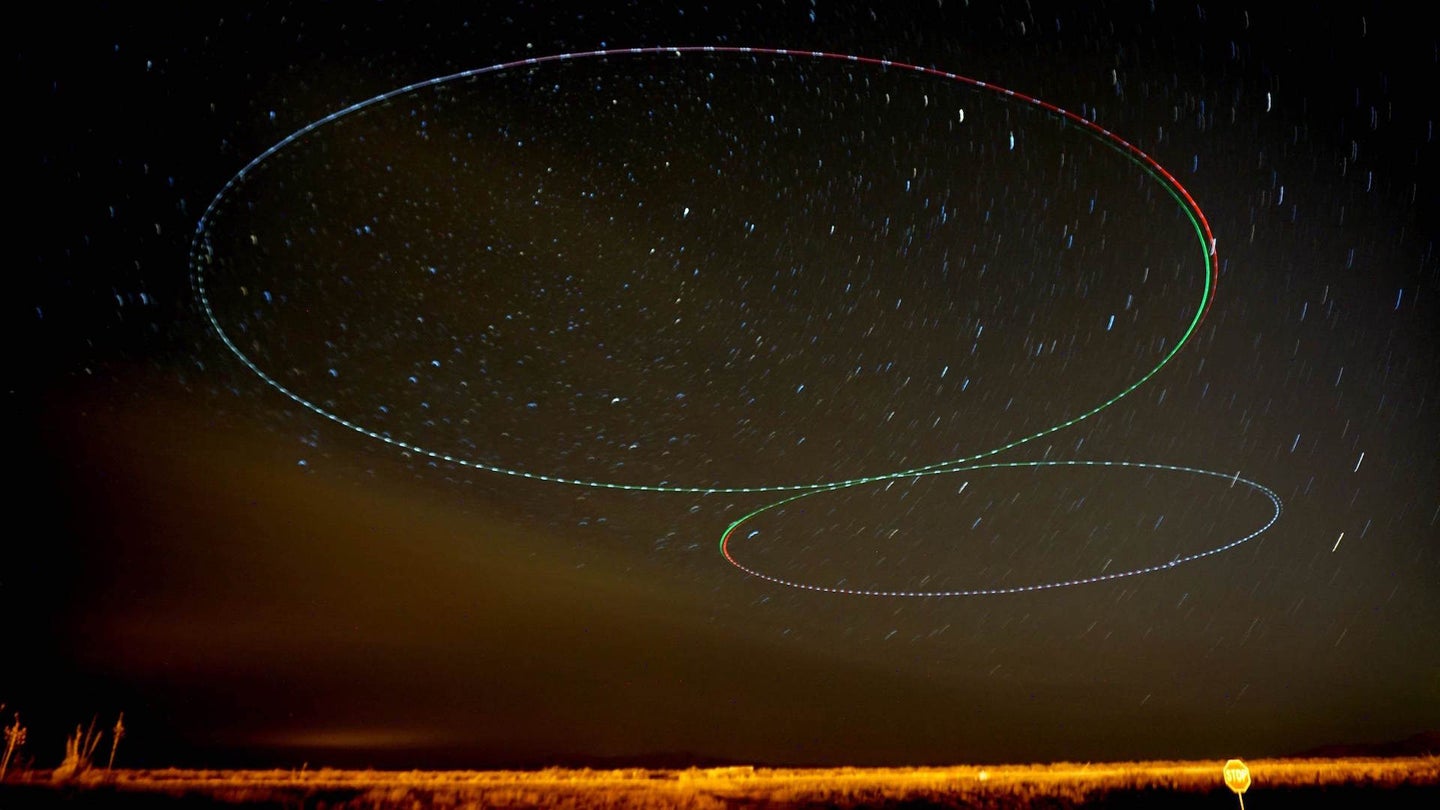 Vanilla Aircraft is taking a victory lap. The Falls Church, Virginia-based firm has announced that it successfully set an unmanned aerial vehicle record late last year, when its diesel-fed VA001 completed a 56-hour flight. The feat has now been certified by the National Aeronautic Association, officially on the books as the longest unrefueled flight for a combustion-powered, unmanned craft in the 100 to 1,102-pound weight class. The craziest part? VA001 landed carrying a half-tank of fuel.

Blame the weather. VA001 took off November 30th from New Mexico State University’s Unmanned Air Systems Flight Test Center, with an intended flight time of 120 hours. Employing a fixed, 36-foot wingspan, the craft carried a 20-pound payload, cruising at an average of 65.6 mph, at altitudes between 6,500 to 7,500 feet. Then an impending ice storm forced early landing. But Vanilla claims that, when the propeller-driven craft touched down, on December 2nd, it still had enough JP8 diesel in the tank for another 90 hours of flight time.

Friends, this is why we pay taxes. VA001, which made its maiden flight in 2015, was backed by the Department of Defense's Rapid Reaction Technology Office via U.S. Defense Advanced Research Projects Agency and Naval Air System Command. NASA also provided multispectral imaging to test agricultural sensing capabilities. Consider it money well-spent: VA001 should be a boon in military application, and Vanilla is hoping to offer a commercial version for agriculture and survey operations. The company’s CEO, retired Navy Rear Adm. Timothy Heely, calls the project “an unprecedented coordination among civil, defence, academic, and private industry to bring a heretofore only imagined capability to reality.”

One record in the books, expect another attempt at the full 120-hour flight sometime soon. In the meantime, Vanilla is continuing to develop VA001 toward its ultimate goal: 10 days, unrefueled, carrying a 30-pound payload at 15,000 feet.