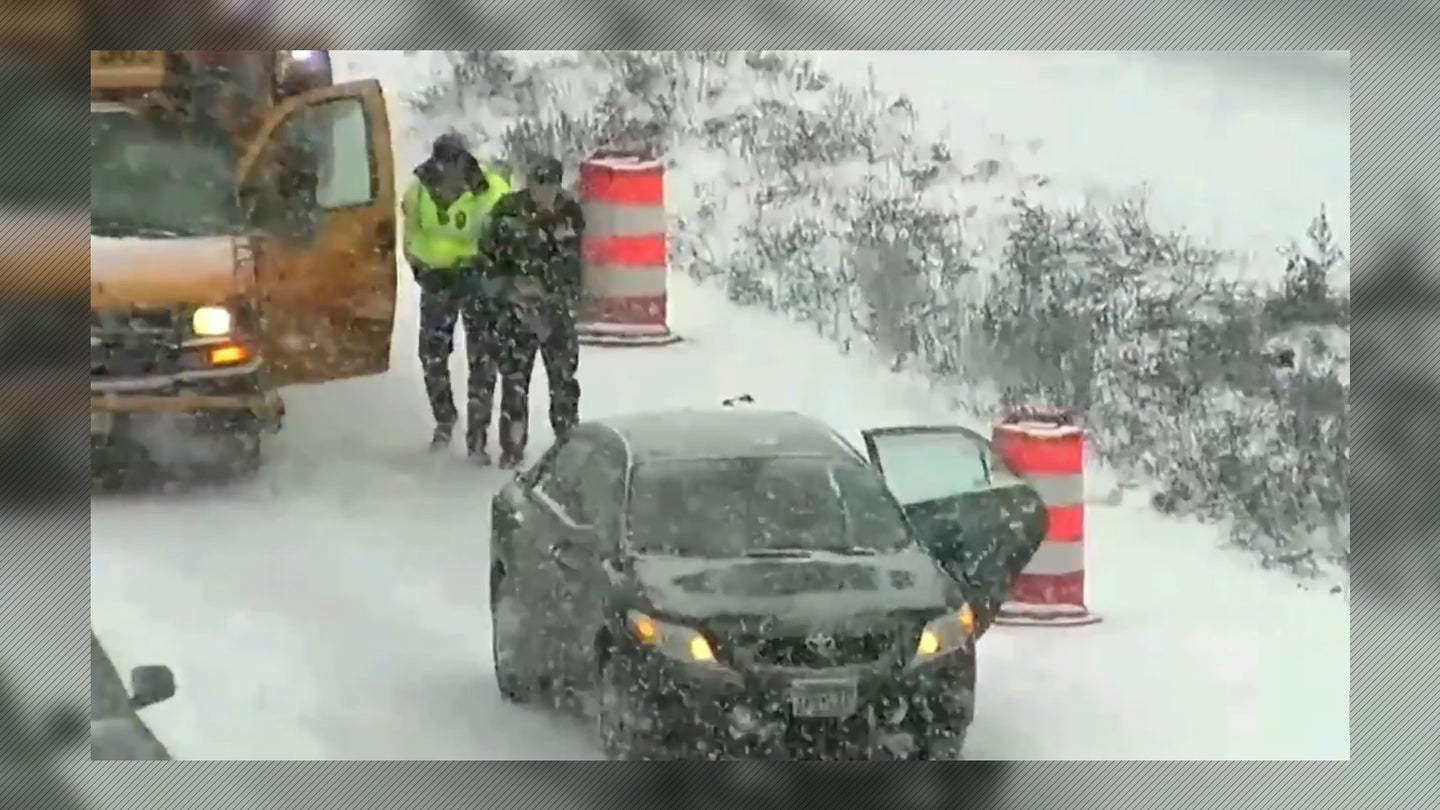 The Minnesota Department of Transportation released chilling video of a school bus driver being shot in an apparent road rage incident. The footage, which was made available to the public on Wednesday, was captured from a nearby traffic camera and outlines the incident from the moment of the shooting up until police arrive.

During a snowstorm on Tuesday, cars can be seen traversing a snow-covered highway near downtown Minneapolis at a slow pace. Unexpectedly, a Toyota stops in the left-most lane of traffic and a man dressed in a security guard uniform exits his vehicle and begins walking on the shoulder towards a school bus.

The situation soon escalated as the man, identified by police at the time of the incident as 31-year-old Kenneth Lilly, can be seen holding a pistol and firing several shots towards the front of the bus. Lilly then continues to the passenger-side of the vehicle and fires several more times.

Lilly then begins to pace back and forth and makes a call on his cell phone. Several individuals nearby phoned into 911 and reported the gunman to authorities, leading police to arrive at the scene in under a minute and take the suspect into custody without incident.

The 78-year-old victim, whose name has not been released, was struck in the head and taken to a local hospital where they would undergo surgery for non-life-threatening injuries. A single child was also being shuttled at the time of the shooting but was not harmed.

“Preliminary investigation is that there was a motor vehicle crash that occurred and an altercation or dispute of some sort happened resulting in gunfire,” said Minneapolis Police Spokesperson John Elder in a statement to local news. “This raises immense concern on so many levels. The fact that someone is shooting into a school bus, the fact that you’re on a freeway where you have vehicles that are literally stranded because of the weather. You don’t have a clear back drop for any of these round. This is mind numbing."

The historic site served as the cradle of live nuclear testing during the Cold War and continues to be a key component of America’s nuclear deterrent.

The man texted his girlfriend and said he was ‘going to eff up the Uber driver.’

The shooter reportedly raved on social media about how he believes a woman’s purpose is ‘to give birth to male children.’