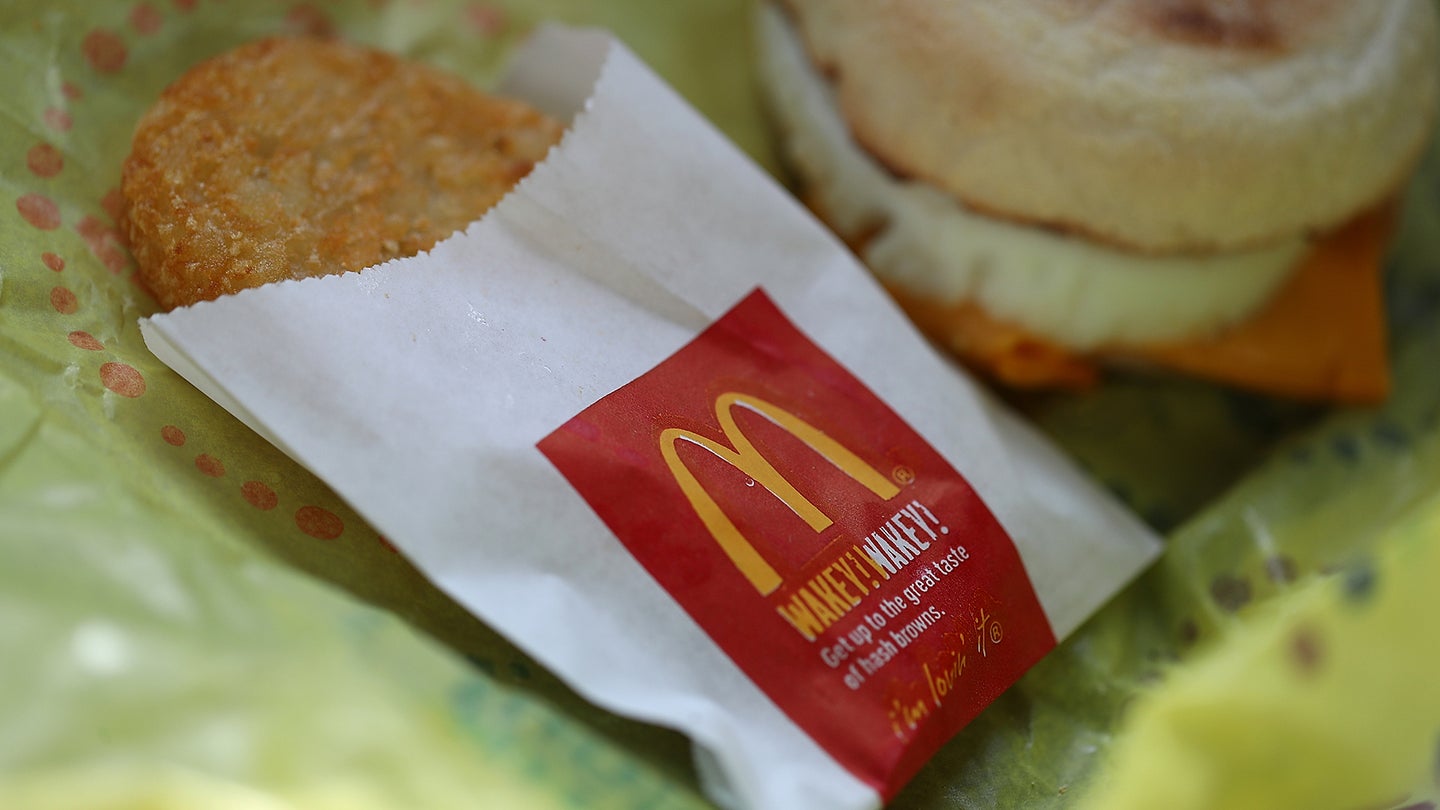 A Connecticut man had his traffic ticket for distracted driving dismissed last week after arguing that a police officer mistook his McDonald's hash brown for a cell phone.

Police in Westport, Connecticut pulled over Jason Stiber in April of 2018 for using his cell phone while driving. His punishment? A $300 citation. There was just one problem: Stiber argues that he wasn't using his cell phone at all, but instead enjoying a delicious hash brown from America's favorite fast food restaurant.

Stiber fought the ticket in court and lost. The judge ruled against the 45-year-old, leaving him with a $300 ticket and bruised ego. He wasn't going to give up that easily, however, because Stiber looked for an attorney who was willing to take his case and promptly hired John Thygerson to represent him, dolling out a "significant" sum of cash as a matter of principle.

"Distracted driving violations go on your record and they never come off," said Stiber during an interview. "Plus, a lot of people don't realize your insurance rates go up."

After a second appearance in court, Thygerson's arguments proved to be successful. Originally, the officer's statement said that Stiber held an illuminated object the size of a cell phone to his mouth and was moving his mouth. Thygerson rebutted the claims, stating that what the officer had actually observed was the process of mastication.

A Freedom of Information Act request filed by Stiber and his attorney revealed that the officer was on his 15th consecutive hour of duty and that his tiredness resulting from the double shift contributed to his confusion of a cell phone-sized fried potato rather than an actual cell phone.

After the arguments, the judge ruled that the state was unable to uphold its burden of proof and ruled in favor of Stiber.