Yes, Using a Cell Phone While Driving Is Still Dangerous

Texting behind the wheel ups odds of a crash by 8 percent, while talking on a mobile—even hands-free—makes it four times as likely. 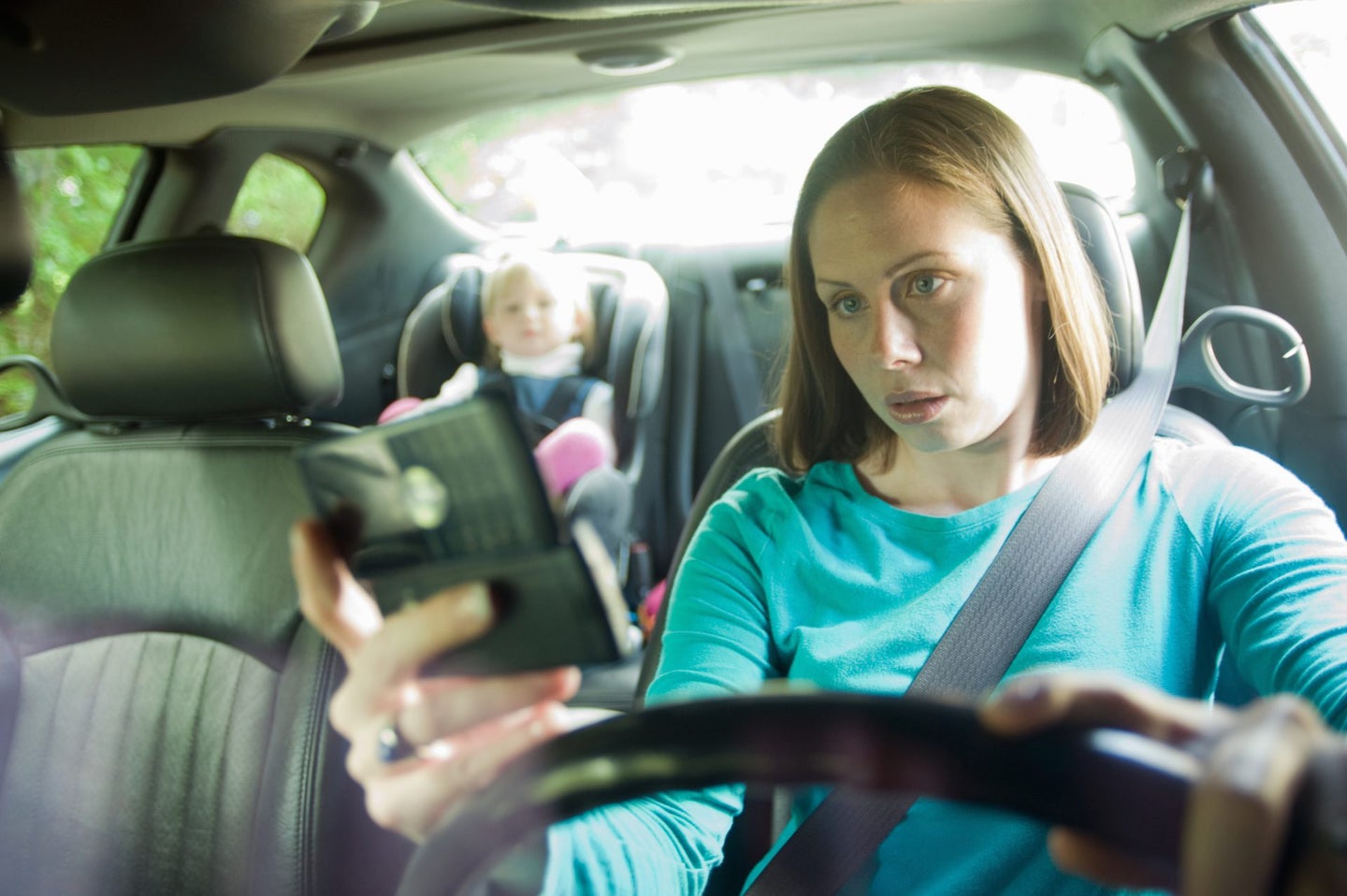 Texting while driving increases the odds of a crash two to eight times, while driving and talking on mobile devices—even handsfree—makes an accident four times as likely.

The conclusions come along with research looking at how drivers engage in visual-manual interactions with cell phones, i.e. texting, sponsored by the AAA Foundation for Traffic Safety.

The report published this month offers "up-to-date risk estimates related to the most common ways drivers use smartphones while behind the wheel," Jake Nelson, director of traffic safety advocacy and research for AAA, told The Drive. "These findings confirm that drivers who engage in visual-manual tasks while behind the wheel elevate their risk of a crash," he added.

In the AAA's view, Nelson said, "any tasks that require them (drivers) to take their eyes or attention off the road is a distraction and should be avoided while the vehicle is in motion, this includes the use of handheld or hands-free cell phones."

Researchers used data from a sample of 3,593 drivers whose driving was monitored using equipment including in-vehicle video between October 2010 and December 2013, according to an abstract.

The study's findings were less dramatic than some, including one in 2006 that found using a cell phone while driving was the equivalent of driving drunk.

"The crash risk estimates identified in the foundation’s report are lower than findings in previous studies," said Nelson. "When we factor these results into the overall weight of the evidence, they continue to emphasize the potential danger created by driver use of handheld and hands-free cellular phones."

While the current crop of research places varying levels of risk with using a phone while driving, drivers should remember that "any level of risk is too high," he added.