The world’s most adorable troublemaker took a backseat ride to the local Humane Society in Sausalito. 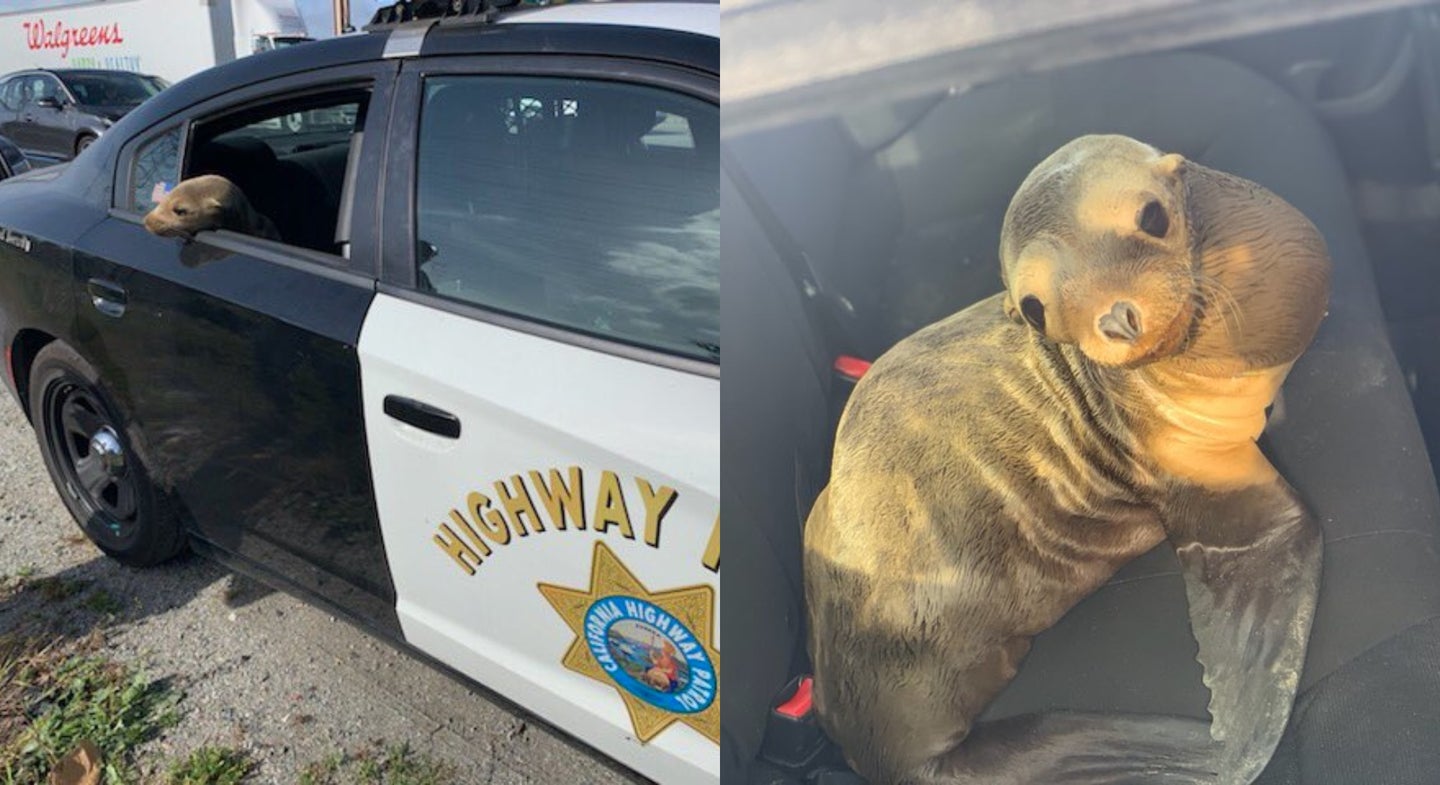 A baby sea lion wondered out of his usual habitat and onto a busy stretch of Interstate 101 in South San Francisco, where traffic quickly backed up as motorists tried to avoid the adorable creature waddling on the road. After some confusion and a several-minute-long traffic jam, California Highway Patrol (CHP) came to the rescue and quickly apprehended the sea lion.

According to the SF Gate, at some point, a motorist even parked his vehicle in the middle of an intersection and exited his car to attempt to herd the sea lion with a handkerchief. Of course, the sea lion laughed in the man's face (probably) and went the other way. Passersby reported the incident to the CHP, who at 8:34 a.m. responded to 101 North near South Airport Boulevard to aid the marine mammal. After arriving on the scene, police officers were able to corral the creature and take it into custody. Funny enough, CHP didn't waste time in waiting for an Animal Control truck, and simply put the little guy in the back of a Dodge Charger police car.

"Today's rescue of a California sea lion is a great example of the importance of members of the public giving our rescue hotline a call to report a marine mammal in distress," Dr. Cara Field, staff veterinarian at the Marine Mammal Center told SF Gate. "This action allows our expert veterinary team to provide immediate supportive care and give this sea lion a second chance at life."

Several tweets from witnesses show the baby sea lion inside the cop car with a look of "what's happening, guys?" on his face. It's unclear at this moment if the sea lion was wandering around the area with other members of his family, but CHP reported to have taken possession of one animal only. According to reports, the animal was taken to Sausalito where it will be assessed by experts and entered in a recovery program.