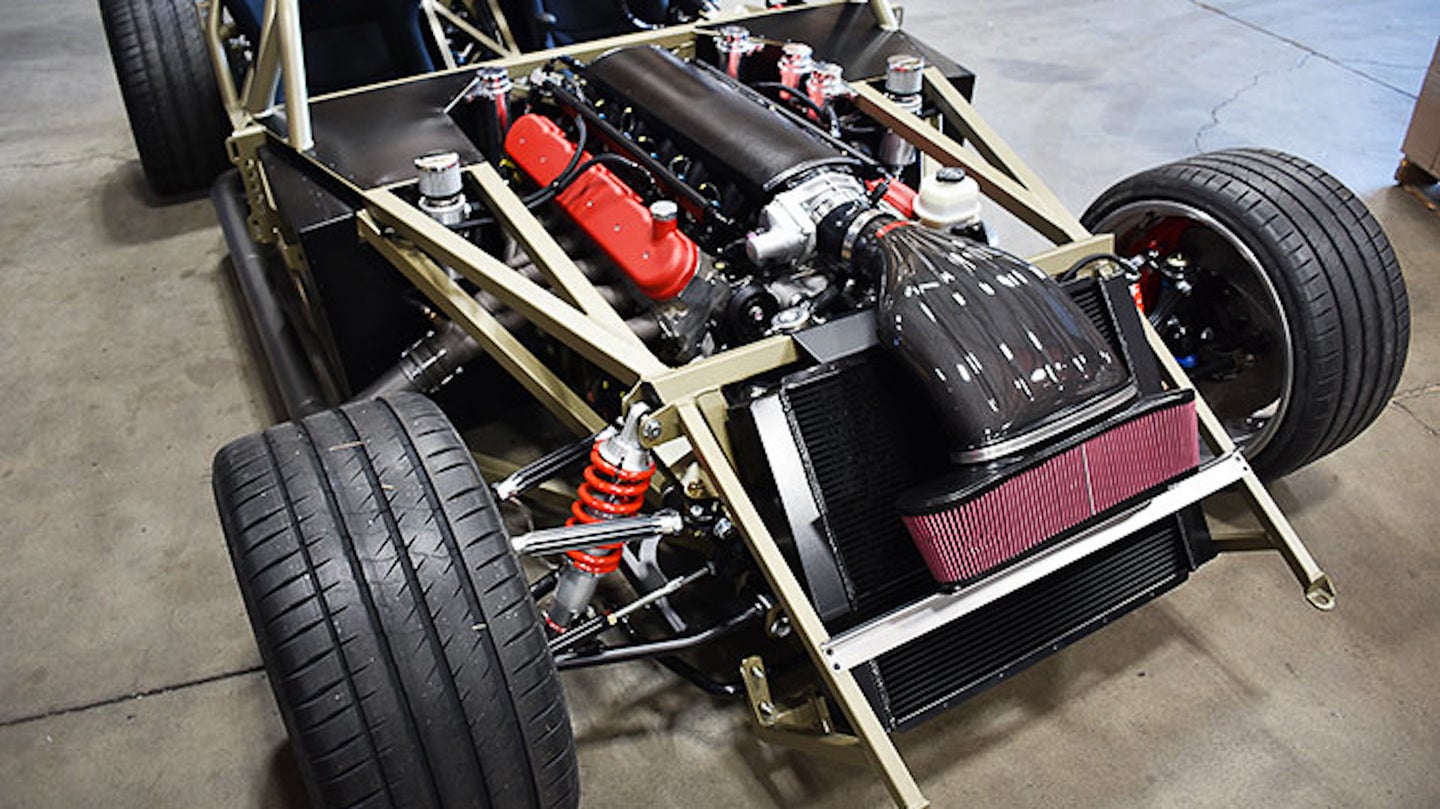 Well-known kit car maker Factory Five just gave the Internet a preview of what it’s bringing to this year's SEMA Show: A supercar with an LS-based V12 engine that produces 750 horsepower. The new car replaces the company's existing GTM supercar kit, but will be much more powerful than the outgoing model.

In a Facebook video, the Factory Five team talked about a replacement for its mid-engine GTM supercar that first rolled out in the mid-2000s. This is their answer, and it’ll feature a full carbon fiber body with a front-engined, rear-drive layout. The idea is that this new model will be delivered in finished carbon fiber with no paint or extra bodywork needed.

The company says that its front-engine supercar design took over a year to perfect and is a derivative of its Gen 3 Type 65 Coupe. The engine, though, is the real story behind Factory Five’s SEMA appearance. The power plant was supplied by an Australian company called V12 LS that—you guessed it—focuses on making V12 engines out of GM V8s. Factory Five’s example is a 9.5-liter LS3-based V12 that makes 750 horsepower and a bonkers 775 pound-feet of torque. Oh, and it sounds great.

Carrying all that power will be a stretched and widened version of the chassis from the Factory Five Shelby Daytona kit car. The company has tacked on other performance bits as well, including a Wilwood brake system, Koni suspension, and Sparco seats. Though we’ll see at least the rolling chassis and engine at SEMA, the car isn’t expected to go on sale until sometime in 2020. If the car is anywhere near as good as the numbers on paper suggest, it will be well worth the wait.

Factory Five is known for offering elaborate kit cars and trucks, like the Roadster and Type 65 Coupe, which are replicas of the Shelby Cobra and Shelby Daytona, respectively. Most of the kits require engines from donor Subarus or Fords, but the current GTM supercar takes running gear from a C5 Corvette for power.