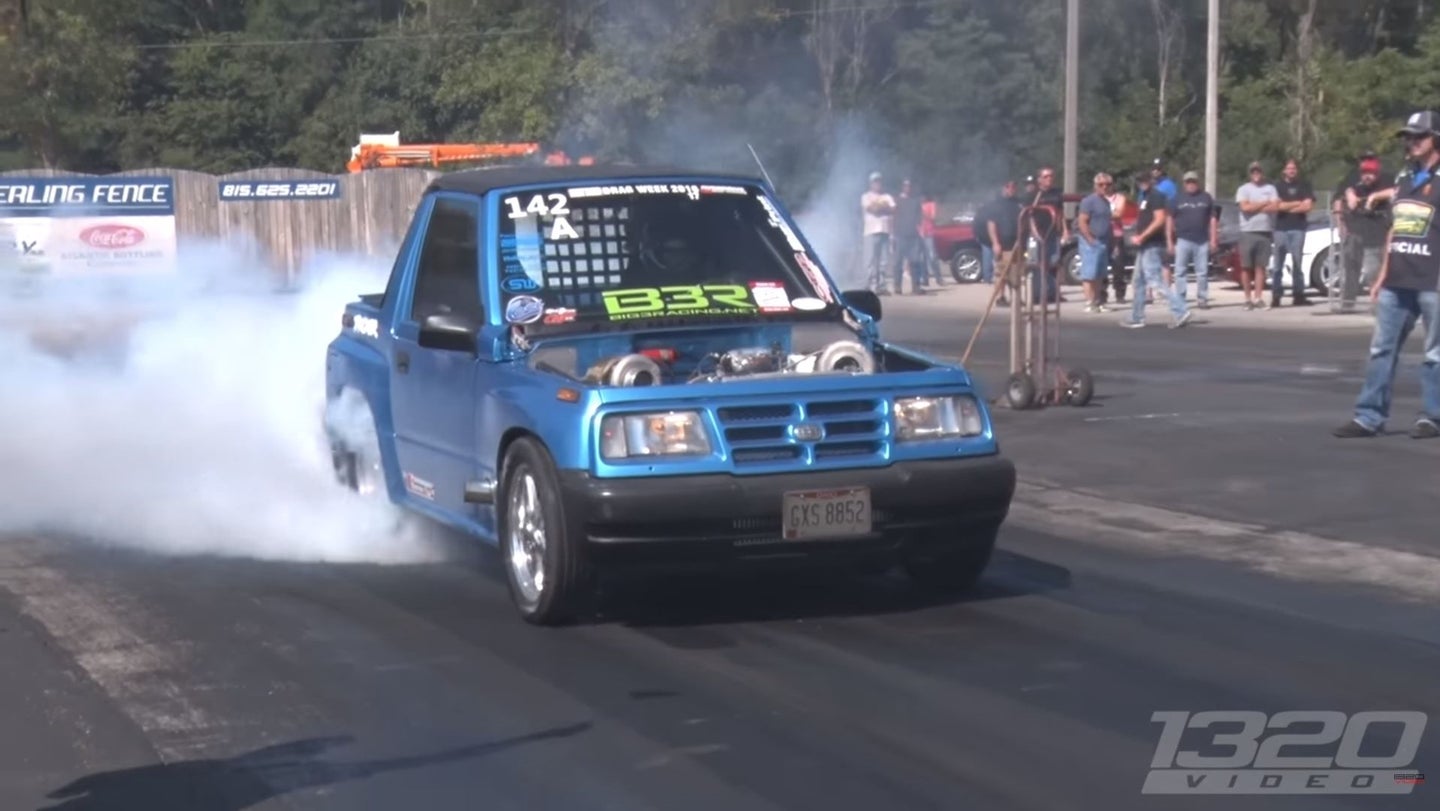 Geo was a short-lived, forgettable budget sub-brand of Chevrolet that existed from the late 1980s to the late 1990s. One of the brand’s most popular vehicles was the Suzuki Sidekick-based Tracker. You could say the Tracker was ahead of its time, now that subcompact SUVs are exploding in popularity. However, the Geo Tracker was no mushy soft-roader. The first-generation model was a surprisingly capable off-roader when equipped with four-wheel drive, but the 80-horsepower 1.6-liter inline-four under the hood was a bit gutless.

Vinnie Barbone’s 1995 Geo Tracker called “Project Samsquanch” (Trailer Park Boys reference) is another story. The Suzuki G engine has been swapped out with a Chevy 454 ci V8 from Blue Print Engines, which has a forged crankshaft and forged pistons.

The crate engine normally makes 563 horsepower and 545 ft-lbs of torque, but Barbone decided that still wasn’t quite enough for his Tracker. Modifications to the 454 include a Holley EFI system and two BorgWarner 6676 turbochargers making 10 psi of boost. It adds up to 900 horsepower at the wheels.

Other mechanical mods to help this diminutive Geo handle 900 horsepower include a Rossler two-speed Powerglide automatic transmission turning a Ford nine-inch rear end. The front suspension is Chris Alston Chassisworks Mustang II suspension and the rear is a four-link setup from a Fox Body Mustang.

Exterior mods include a hood delete, fatter tires, exhaust cut-out of the front fenders, and a parachute on the back. The approximate total weight of this Tracker is just 2,800 lbs, giving it an insane power-to-weight ratio.

It’s great to see a car that was never meant to be saved from the junkyard living a new life.