The Kia Stinger GT420 Is a 422-HP, Stripped-Out Sports Sedan Built for the Racetrack

Instead of crushing the pre-production press car featured on Top Gear and The Grand Tour, Kia built a one-off race car. 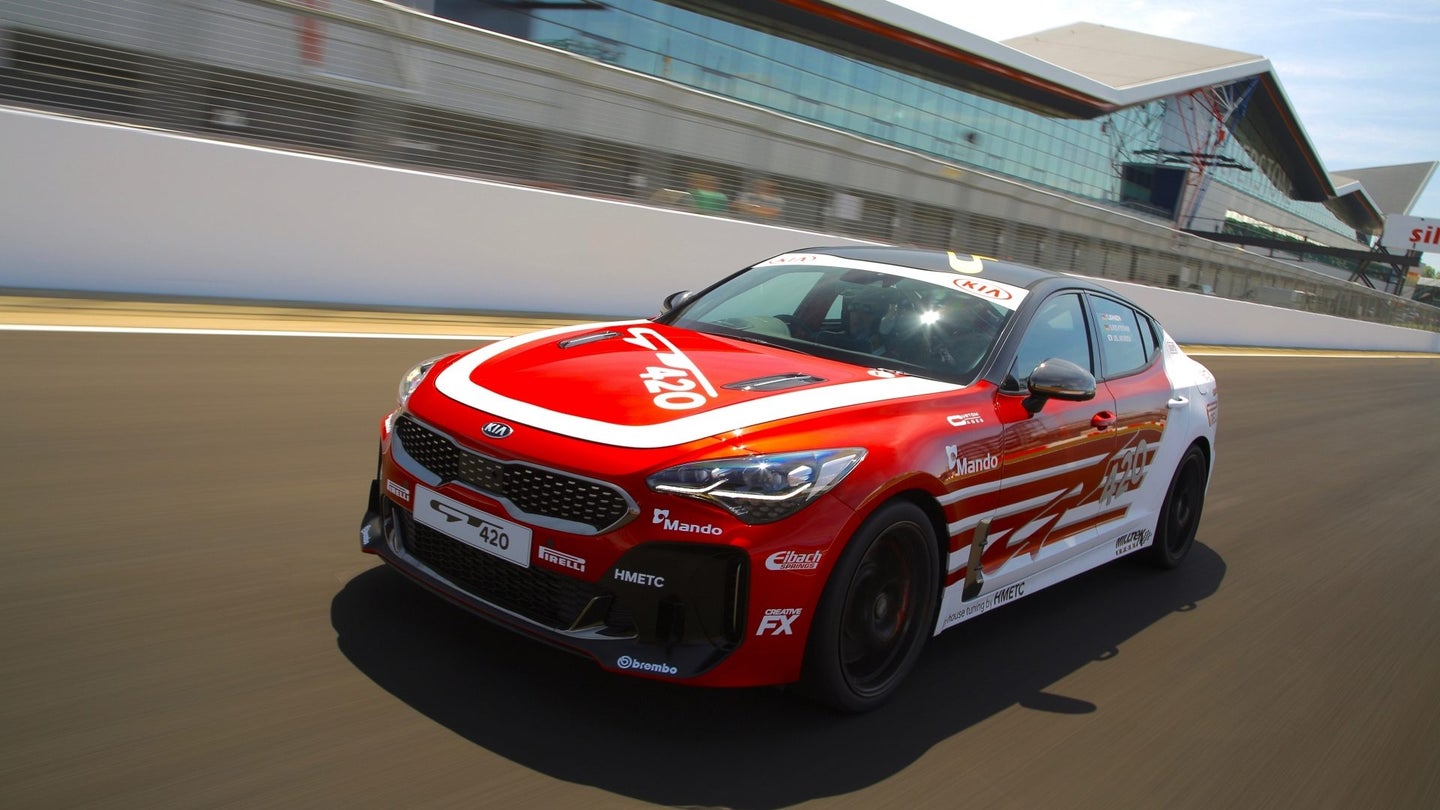 Once the editorial duties of automakers' pre-production press cars are complete, they are usually crushed in order to avoid technically unfinished liabilities driving around on public roads. Kia Motors U.K., however, decided to do something different with one of its old Stinger test cars. Instead of sending the sporty sedan to the scrapyard, Kia took it off the streets and turned it into something it calls the Stinger GT420: a powerful one-off model built specifically for the racetrack.

Based on the same red Stinger GT S that appeared in both The Grand Tour and Top Gear, the GT420 had its 3.3-liter V6 tweaked to produce 422 horsepower and 413 pound-feet of torque—up from its original 365 ponies and 376 pound-feet. This was achieved through revisions of the ECU, HKS spark plugs, a K&N sports air filter, and a lighter catless exhaust system. A beefier automatic transmission cooler has been fitted while the eight-speed's software has been tuned to dole out faster shifts.

The Stinger's seats have also been taken out along with its airbags, sound system, interior trim, sunroof, engine cover, parking sensors, hood and trunk lid dampers, as well as the beam and foam in the rear bumper. Basically, anything that didn't help it dominate on the track was thrown to the wayside. Throw in a lighter battery that apparently saves 48 pounds of weight alone, and the GT420 is 330 pounds lighter than its road-legal sibling.

While the Stinger GT420 remains a one-off engineering and marketing exercise, we can't help but wonder whether it's a precursor to a new, hotter version of Kia's big-n-fast sedan.