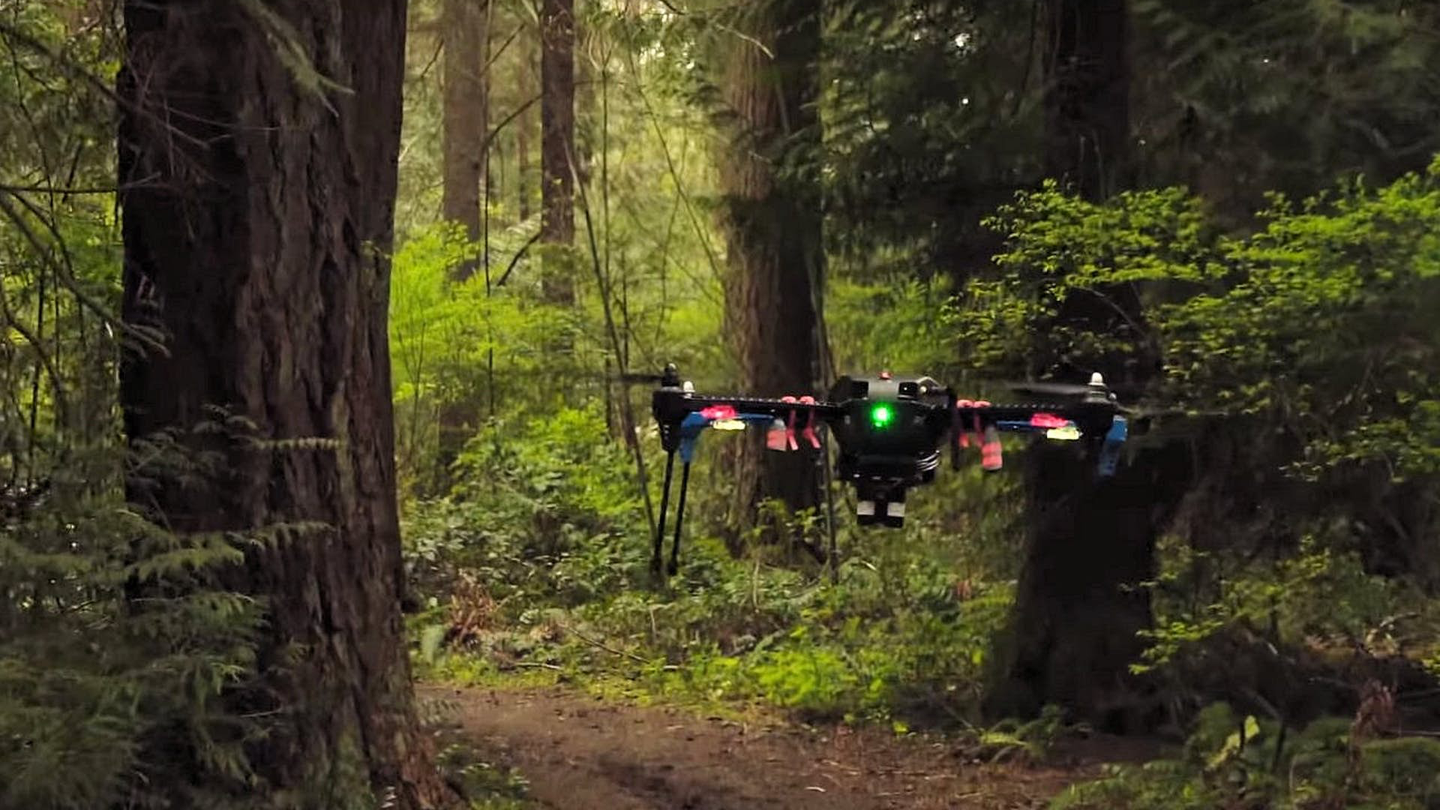 Nvidia has been a big player in autonomous systems technologies. We heard in May that the Washington-based company partnered with BOSCH to strengthen those efforts (in this case, by working artificial intelligence (AI) processors into onboard car computers to improve autonomous capabilities). Now, it seems, Nvidia is approaching the issue from more angles than one.

The company is testing an in-house workaround of relying on GPS by attaching GoPro cameras to UAVs and having them map out areas beforehand, instead, according to NewAtlas. That way, drones could properly navigate autonomously through those areas in the future. While the drone being used in these tests is a basic consumer drone, fitted with two consumer GoPro cameras, they work in tandem by feeding visual data to the company's Jetson TX1 machine learning module. The module learns more about its environment with every new piece of information it gets, resulting in a sophisticated map of where it's been.

"Our whole idea is to use cameras to understand and navigate the environment, said the team's technical lead, Nikolai Smolyanskiy, according to New Atlas "Jetson gives us the computing power to do advanced AI onboard the drone, which is a requirement for operating in remote environments."

How would this be implemented in the real world? Think of autonomous emergency drones being sent to lost or injured hikers or maybe mapping out interiors of undiscovered structures before sending people inside? Or to get the dimensional layouts of stockrooms and their contents for efficiency's sake. The possibilities just keep on coming, and Nvidia plans to be ahead of the game.

"This works when GPS doesn't...All you need is a path the drone can recognize visually," said Smolyanskiy. Take a look at the drone itself below, as well as Nvidia's learning module placed before it.

During this experimental testing stage, Smolyanskiy and his team successfully commanded the drone to traverse 0.6 miles of forest area in Redmond, Washington—all while avoiding obstacles. The team believes that's a record distance for "most stable GPS-free flight to date". Prior to take-off, Smolyanskiy walked through 8 miles of the forest to record the visual data needed, by carrying a rig fitted with three GoPros. The data collected was then fed to the learning module in the UAV before it zipped off. Here's team technical lead, Nikolai Smolyanskiy, holding said rig prior to take-off.

Take a look at Nvidia's footage of this thing in action. While the effects that simulate the drone detecting obstacles were clearly produced in post-production, the video still gives you a good sense of how this autonomous system works in practice. The most relevant moment comes toward the end when it detects a person in its path and alters its behavior to avoid a collision. Of course, obstacle avoidance isn't new, and can be found in numerous consumer drones like the DJI Spark. The impressive aspect of all this is using visual data to allow the aforementioned AI processor to learn about its environment.