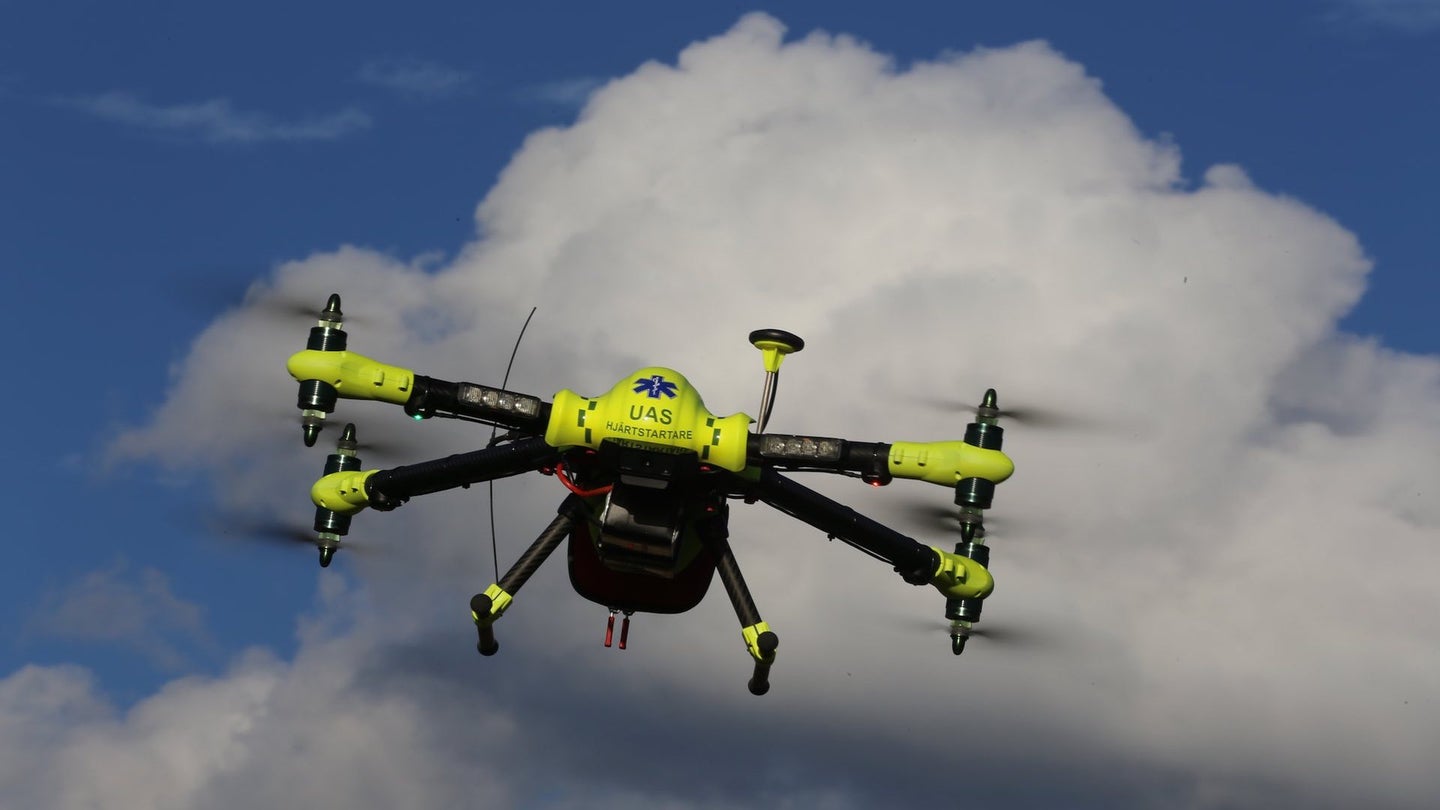 Defibrillator-carrying drones were found to arrive much faster in case of an emergency than the standard ambulances used by most of the world today, according to a study conducted in Stockholm, Sweden. And when we say "much faster," we're not talking about thirty seconds or a minute—the drones arrived a full 16 minutes faster than standard ambulances in the Karolinska Institute's trials.

That is a gigantic difference, particularly when it comes to complications of the heart and the desperate need to act fast. As study director Jacob Hollenberg points out, "Cardiac arrest is one of the major killers in the western world. Every minute is crucial; I would say every second is crucial."

The drones themselves were built by the Swedish Transportation Agency, and weigh about 14 pounds once the defibrillator is attached. During this simulated study, the 8-rotor drone was stationed at a firehouse near Stockholm, taking off for 18 flights to different locations where real-life cardiac emergencies occurred between 2006 and 2014. The drone zipped along at 47 mph, unobstructed by traffic lights or any other terrestrial hurdles, piloted by licensed operators using GPS coordinates to reach their destinations.

The 16-minute drop in response times more than satisfied expectations, and the results have already garnered the curiosity of institutions such as the Journal of the American Medical Association (JAMA). It makes sense to use drone technology for time-sensitive cardiac emergencies like this, where quick access to defibrillation or CPR, can essentially decide your chance of survival.

"Every minute that passes from collapse to (cardiopulmonary resuscitation) or defibrillation, the chances of survival goes down by 10%. That’s why survival after 10 to 12min is basically zero. There’s a huge difference in using the defibrillator within the first few minutes. Even if you improve the timing of the ambulances in these type of situations, it’s too late—only one in 10 victims survive," says Hollenberg.

Of course, there are dozens of factors to consider before this becomes standard practice, such as weather conditions, the need for air traffic control management systems, local laws of aviation, and other unknown variables. But Hollenberg's team is optimistic and eager to implement their findings and studies into the real world within the next few years, stating, "I am all about saving lives."

Insurers say robots can out-brake humans, and have the math to prove it.