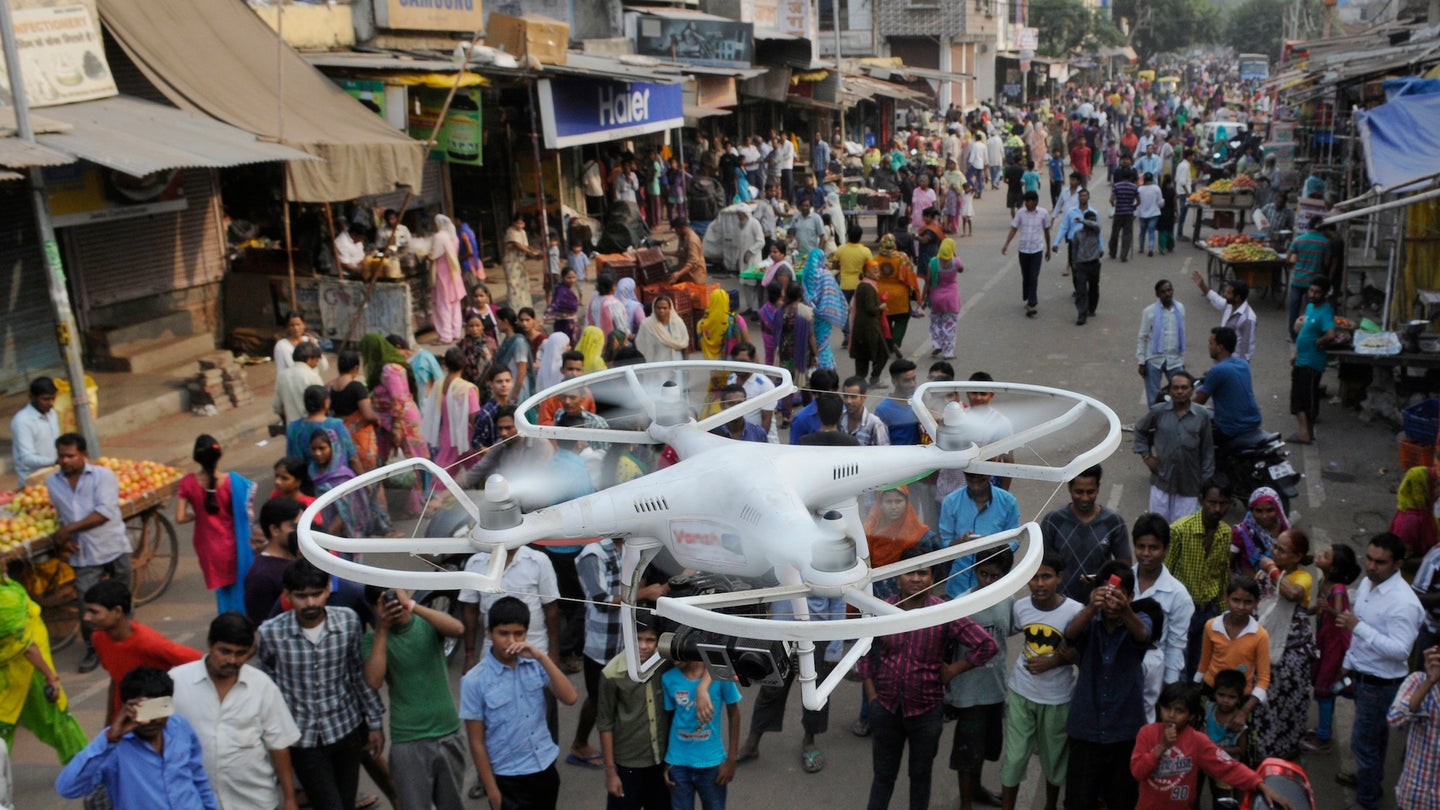 Students of the St. Peter’s Institute of Higher Education and Research in the Indian city of Chennai have developed a first aid kit-carrying drone to bypass the often lacking infrastructure and overpopulated roads of the region, according to a report by The Better India. With an affordable aerial tool capable of carrying a vital payload, cutting down on rapid response times, and easily accessing victims in need of time-sensitive supplies, their drone could feasibly save human lives.

The Emergency Management Research Institute (EMRI) estimates that the average response time of an ambulance has improved from 13 minutes to 9.33 minutes. However, traffic jams, lack of infrastructure in rural or remote areas, as well as the general condition of roads can drastically affect that number, and result in a wholly unnecessary loss of life. The Chennai team is hoping to eradicate that issue entirely by taking to the skies.

“The drone has a built-in GPS system,” explained team member S. Parvez Basham. “The drone can carry a first-aid box weighing (8 kilograms) and fly at a speed of up to (70 kilometers per hour),” added project guide M. Yuvaraj. “The prototype can be remotely controlled for up to (3km), and the team is working on a model capable of being controlled for a longer distance.”

Clearly, the admirable and impressive concept is lacking in one highly important factor, such as having a medical professional or first-aid-savvy responder on site. While the drone might get to an injured person in need in time, it’s not clear whether or not they can personally apply the medical methods themselves or even be conscious to do so.

However, having lifesaving materials on hand is half the battle. If even a small margin of people benefit from getting rapid deliveries in emergency scenarios in which, perhaps, locals on the scene could apply while waiting for an ambulance, this is inarguably a positive progression. The team is very well aware of this, at least, and has taken steps to reduce that gaping lack of on-scene assistance.

“The drone has an interactive display that can play out videos explaining the kind of first aid that needs to be given for various types of accidents and injuries,” team member S. Samraj explained. As it stands, the drone is still very much a prototype in its early stages, with obstacle avoidance and further automation to be the next, primary focus.

A SenSat pilot launched the fixed-wing drone from a catapult and it flew for 7.5 miles.

Workhorse brought its last-mile delivery system to the town’s residents, who can now place aerial-delivery orders from various retailers.