The Irish research team will use the U-Flyte platform to base its unmanned aircraft traffic management system on and overcome Irish drone regulations. 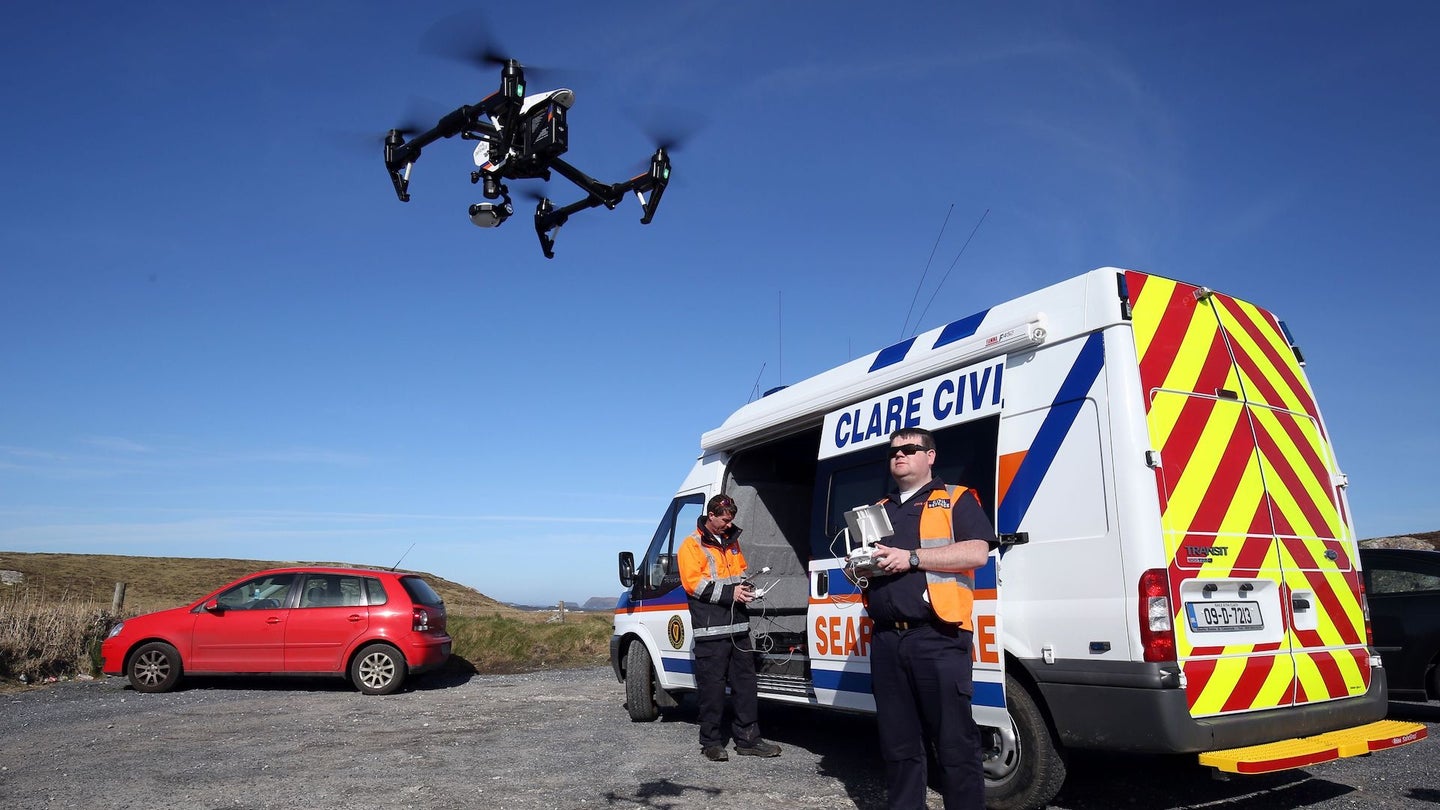 A Maynooth University research team in Ireland has received $7.8 million dollars in funding to develop a flight management system that would allow for safe, long-distance drone deliveries. Under current Irish regulations, drone operators have to retain their vehicles within a strict 984-foot circumference and fly no higher than 394 feet. According to Silicon Republic, the Maynooth University team was awarded the funding by Science Foundation Ireland and companies in the drone industry such as Airbus, Intel, Irelandia Aviation, and others, in order to overcome this regulatory hurdle.

The research team, led by Dr. Tim McCarthy from Maynooth University’s Department of Computer Science and the National Center for Geocomputation, will reportedly base its flight management system on a drone platform called U-Flyte. To start, the team will digitally recreate various flying environments and consider factors such as air traffic, buildings, power lines, and others, and then test these models at the Waterford Airport and other locations in Ireland.

“U-Flyte is going to play a vital role in helping the development of drone applications, as well as give us essential data, which in turn will contribute greatly to how we teach artificial intelligence, robotics and data science at Maynooth,” said Dr. McCarthy. “The input from our industry stakeholders means we will have access to real-life scenarios and challenges, ensuring more robust modeling and useful applications.”

Air traffic management systems are some of the most complex and significant elements to get right when it comes to implementing safe and efficient drone operations in the modern drone industry. While UAVs can autonomously navigate from one place to another, it’s complex scenarios such as multiple drones simultaneously operating near each other, and artificially learning from events, that are plaguing researchers working on modern unmanned aircraft traffic management systems. Dr. McCarthy is right to focus on the kind of robust modeling he references, since real-world implementation can only be safe if accurately tested, programmed and established beforehand.

Ralph James, director of safety regulation at the Irish Aviation Authority, appears to officially be on the same page as Dr. McCarthy and his team of researchers.

“The IAA is keen to support development of drone technology for the greater public good in Ireland,” said James. “There are already over 8,500 drones on the IAA Irish drone register and, as we prepare ourselves for the future of aviation—which will see drones become part of everyday life—initiatives like U-Flyte will be invaluable in helping us manage an evolving Irish airspace.”

The new 10-part National Geographic series hired Aronofsky to capture Earth’s stunning landscapes and he turned to drones for the job.