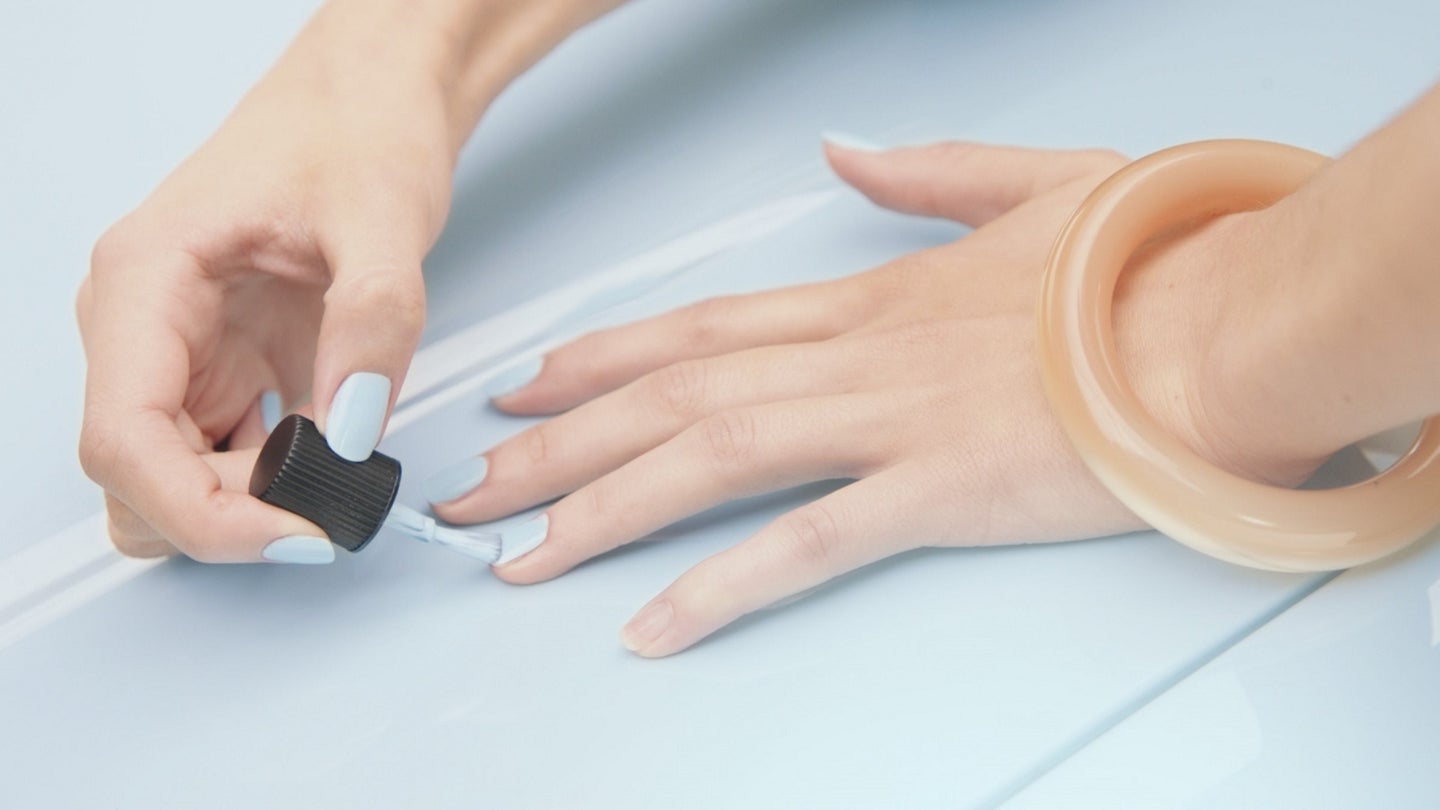 Nail polish is generally for use on nails, and touch-up paint is usually for automotive use. Thanks to a new innovation from Renault, this is no longer a problem for Renault owners who drive a fashionable Twingo hatchback in red, black, yellow, or pale blue and like to have car-matching nails.

In a collaboration with French cosmetics company De Blangy, Renault has launched a line of nail polish that doubles as touch-up paint to "make both your nails and your car shine," according to the video below. Not only can your nails match your cute little car, but should an unfortunate scratch in your paint happen to appear, just take your nail polish out of your glove box and give it a quick manicure.

The nail polish/touch-up paint is available now on the L’Atelier Renault website for $9.92 (converted from €8.90). Even though you can’t get a Twingo (or any Renault) in the States, Renault will ship the nail polish to the US if you think the colors are cute and you have a car with a paint color close enough to use as touch up paint. Black is probably pretty safe.

This will make the search for a nail polish color that matches your car much easier. Don’t believe that’s a thing? Once my wife painted black and white Union Jacks on her nails to match the mirrors on her Mini Clubman.

According to Bloomberg, French feminist group Chiennes de Garde has denounced the product as sexist.

It “reduces women to their beauty concerns and their inability to drive,” said Chiennes de Garde head, Marie-Noelle Bas, in an interview with Bloomberg. “This insidious, ordinary, daily sexism lays the groundwork for the worst as ads confine women to a constructed role.”

Renault has a different viewpoint of its product.

The Twingo is aimed at “urban women who enjoy customization of their cars,” a Renault spokesperson said to Bloomberg. According to the report, the spokesperson also made note that the clip (shown below) does not depict a woman who has trouble parking properly.