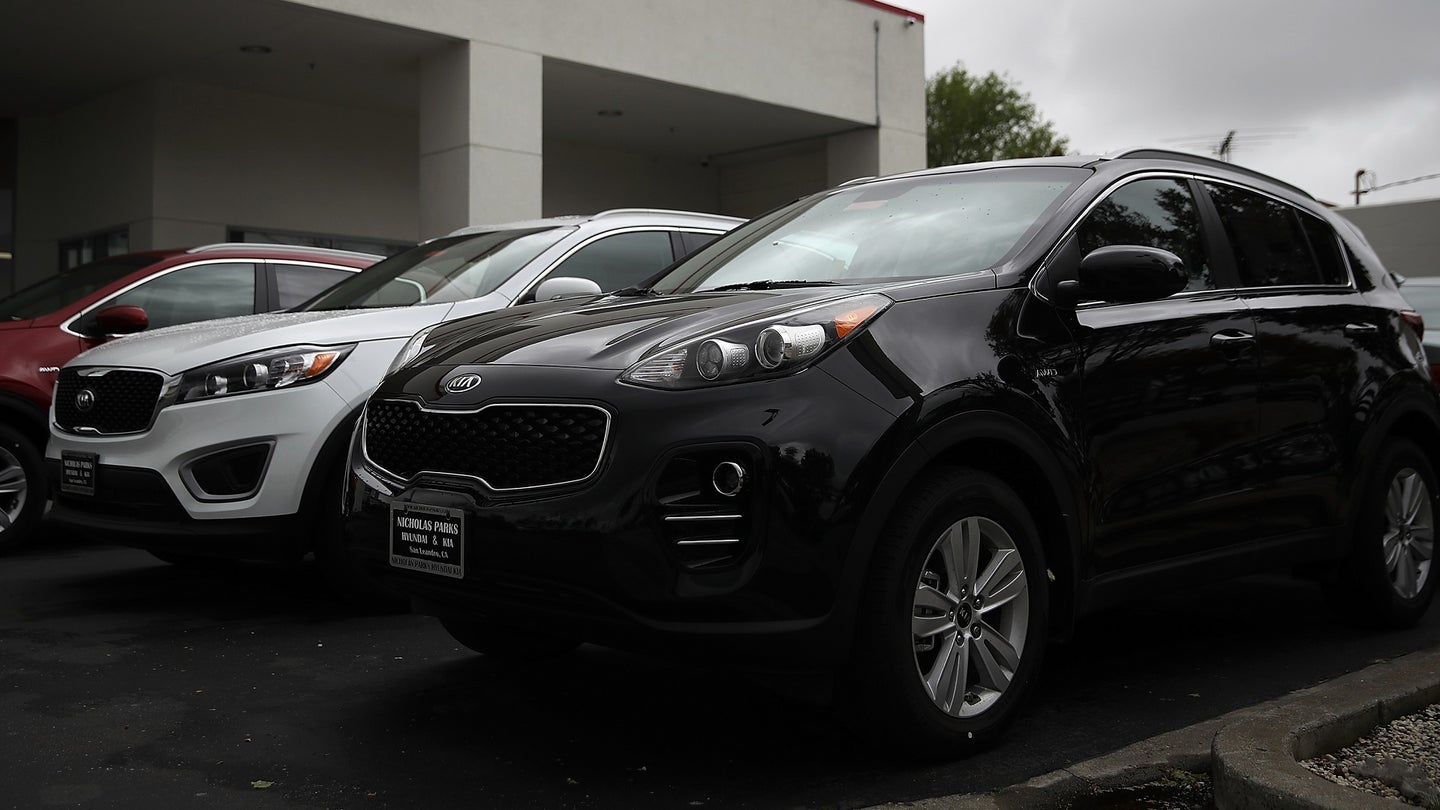 The Center for Auto Safety is petitioning the National Highway Traffic Safety Administration to investigate certain Hyundai and Kia models for an unusually high number of reports that the vehicles have caught on fire.

The petition calls out the Hyundai Sonata and Santa Fe, as well as the Kia Optima and Sorento, built between 2011 and 2014. According to NHTSA's own Vehicle Ownership Questionaire database, more than 120 owners have complained of their vehicles catching on fire without a collision preceding it. Additionally, there are 229 complaints of melted wires in the engine bay, smoke, and burning odors, indicating potential fires.

An occasional freak occurrence of spontaneous combustion would not be unheard of. But the Center for Auto Safety reviewed all reported cases to NHTSA of non-collision related fires involving similar class and size vehicles and found just 22 reported cases in competitor vehicles as opposed to 120 for the Kia and Hyundai models.

The vehicles in question were all built in the U.S. The Kia Optima and Sorento, as well as the Hyundai Santa Fe, were built at a factory in West Point, Georgia, while the Hyundai Sonata was built at another factory in Montgomery, Alabama.

Hyundai provided The Drive with the following statement on the matter: "Hyundai is aware of and is reviewing the petition filed by the Center for Auto Safety in regards to 2011-2014 Sonata and Santa Fe Sport vehicles. Hyundai actively evaluates potential safety concerns with all of its vehicles and acts swiftly to recall vehicles with safety-related defects. Should we, in close coordination with NHTSA, find that additional remedies in the U.S. are warranted for these vehicles, we will take immediate action to ensure the safety of our customers. Hyundai shares the goals of both the Center for Auto Safety and NHTSA to assure the safety of the vehicles we sell to our customers and put on American roads."

There is no official recall at this time. The petition merely presents the facts to NHTSA and encourages it to investigate further to determine if a recall is required. Interestingly, there is a significant overlap of affected vehicles with last year's 1.5 million vehicle recall for potential engine failures.