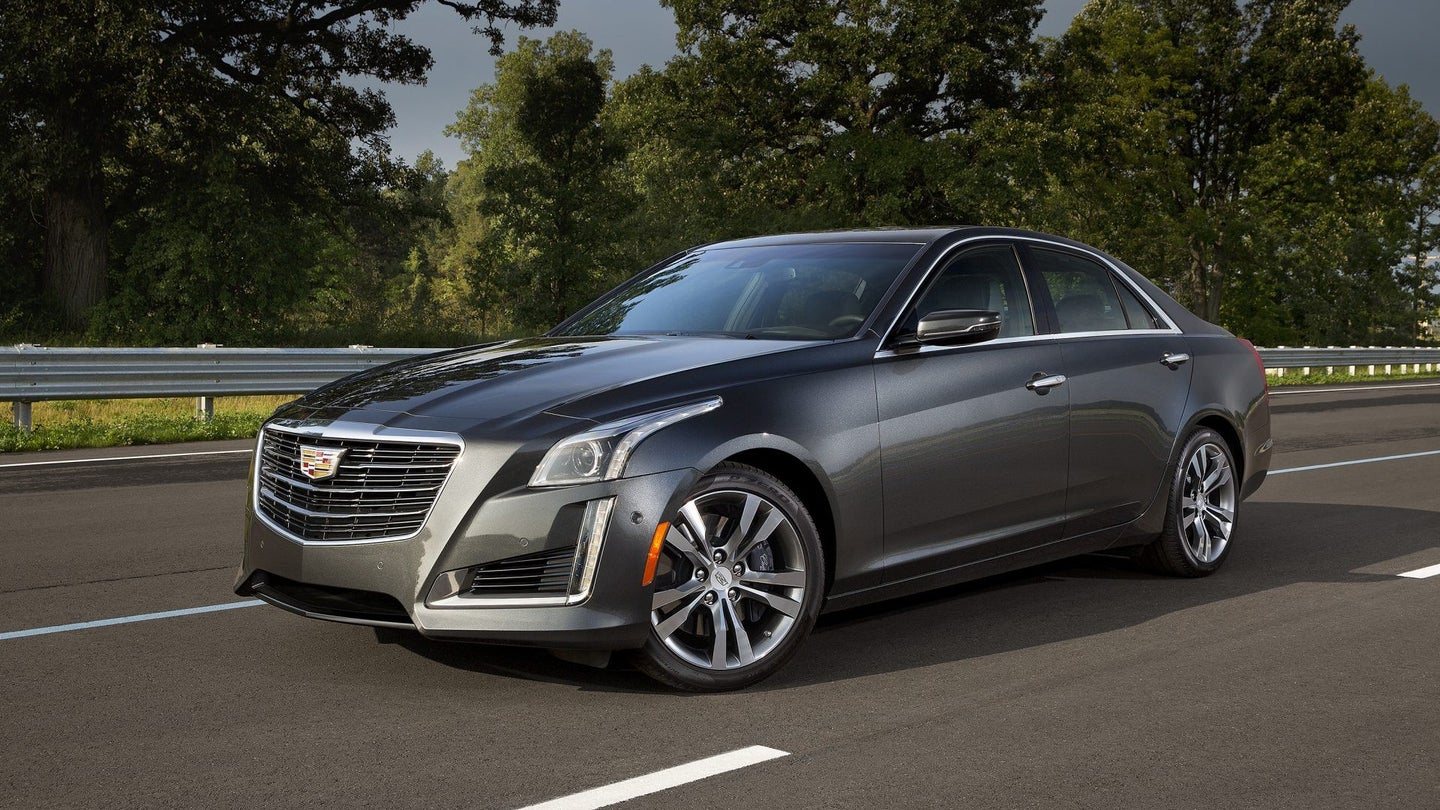 General Motors has informed the National Highway Traffic Safety Administration of a recall on 2014-2016 Cadillac CTS sedans for a malfunctioning seat heater component that could cause a fire.

According to an NHTSA release dated Sept. 7, damaged seat heating elements could put out excessive heat. When remote start is used in colder climates, the seat heaters will automatically activate, and if damaged seat heaters run on their own with no rump to cool them, there is a risk of setting the vehicle's interior ablaze.

A total of 53,586 CTS sedans from 2014 through 2016 model years are believed to be at risk. The NHTSA states that GM's recall plans involve customers bringing the vehicles into dealerships for service, where technicians will reprogram the body control module. This will deactivate a function that automatically triggers the seat heaters when remote start is used in cold weather. Total deactivation of seat heaters will not occur, but GM has not yet stated whether replacement of the faulty component down the line is in the cards for CTS owners.

We speculate that this recall comes as a reaction to a seat heater fire in January when an Indiana woman reported that her 2015 CTS's seats caught fire when she activated remote start in cold weather. A GM spokesperson confirmed in February that the company was investigating the cause of both this incident and another suspected seat heater fire in a 2015 Buick LaCrosse, but GM has not issued any recent seat heater recalls for Buick products. Documentation of the recall from SaferCar.gov states that GM opened an investigation into a 2015 CTS seat heater fire on April 18, and eventually concluded on July 27 that a recall was necessary.

"As the 573 [form] indicates, the risk is rare, but can occur when a vehicle with a damaged seat heater mat is remote started and unoccupied," a GM spokesperson told The Drive. They also confirmed that the recall will simply disable the automated warming function, and that hardware replacement is not planned, though wholly nonfunctional heating mats should be discussed with a GM dealer's service department.

GM is aware of four fire and one injury related to malfunctioning Cadillac CTS seat heaters. Owners of at-risk CTSs are advised to call Cadillac's customer service line at 1-800-458-8006.