Twin-Turbo, 1,200-HP Drag Racer May Be the Fastest Cadillac Escalade in the World

Sporting a 427-cubic-inch V8 and slick tires all the way around, this Caddy can put up a fight against even the most exotic supercars. 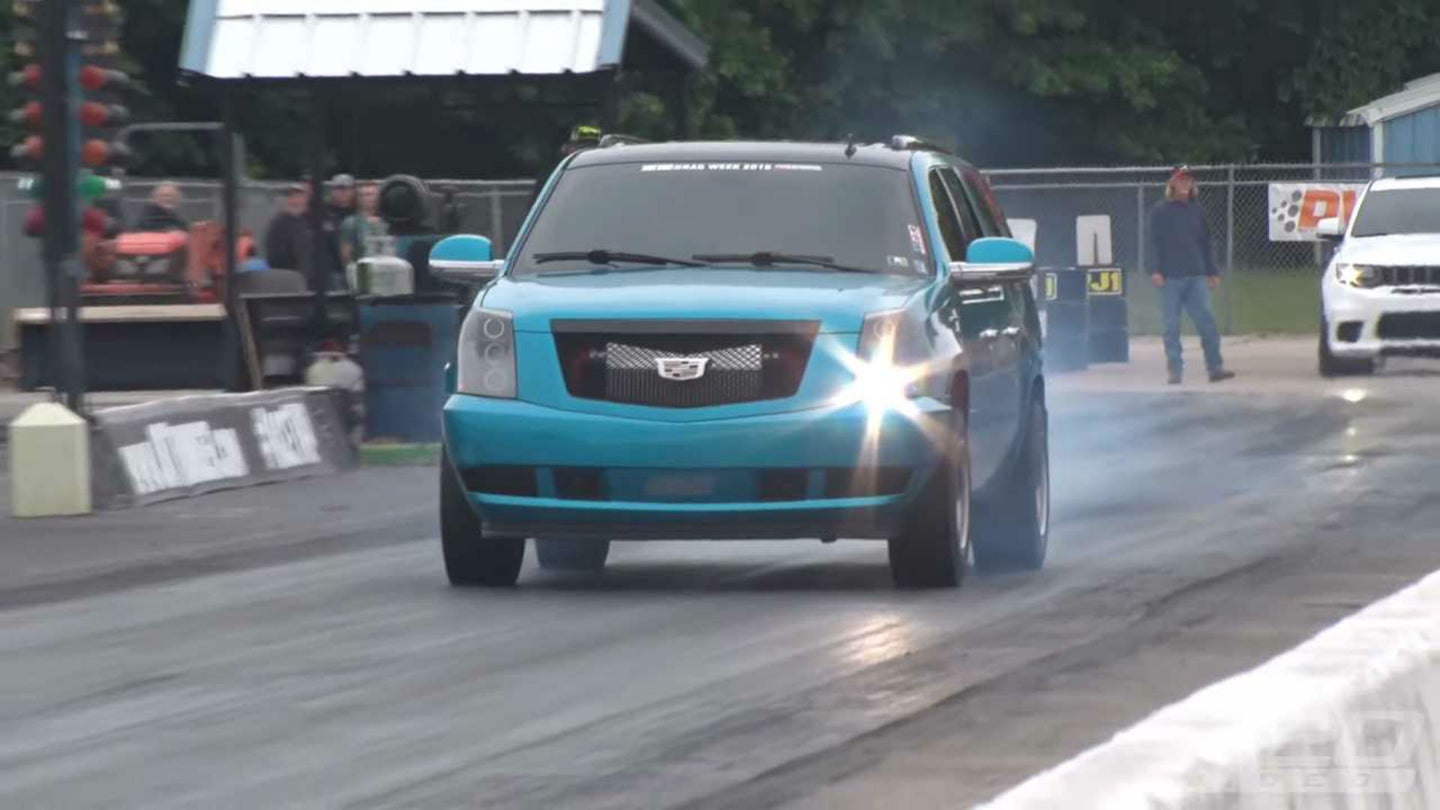 Blazing fast SUVs and crossovers have become mainstream now with companies like Jeep slapping their most powerful engines in once-common family haulers. And while options like the Grand Cherokee Trackhawk are available from the factory, other speed freaks would rather build their own—enter the "LSXcalade," a twin-turbo Cadillac that makes upward of 1,200 horsepower.

The Escalade was originally used by the owner's father as a daily driver but, once it was handed down, an LSA supercharger soon found its home in the "V" of the engine. From there, other mods kept piling up, keeping it from being anything other than an asphalt-pounding drag machine.

While subtlety has never been the Escalade's specialty, this build has thrown it completely out the window thanks to a vibrant blue-green wrap job. If that doesn't do it for you, peep the specialty drag wheels with slick tires at all four corners. Collectively, that's enough to tip fellow drag racers off that something's up in the powertrain department.

The builder reveals in this clip by 1320Video that the luxo-barge now sports a Dart Block, 427-cubic-inch V8 with Carrillo rods and pistons. Now, the old supercharger is gone and force feeding the upgraded internals are a pair of Precision 76-millimeter turbos which help the truck spool up a massive 1,200 horsepower. This power is sent to all four wheels, ensuring a scant quarter-mile time despite the extra heft of seating for seven.

While this is very likely the fastest Escalade in the world as it sits, the owner says he's still shooting for a nine-second quarter-mile pass. If and when that time comes, you can bet it'll be the fastest Caddy this side of an ultra-built CTS-V.