If you'd rather ditch the thirsty V8 for a torquey diesel, then there's (apparently) no reason not to. 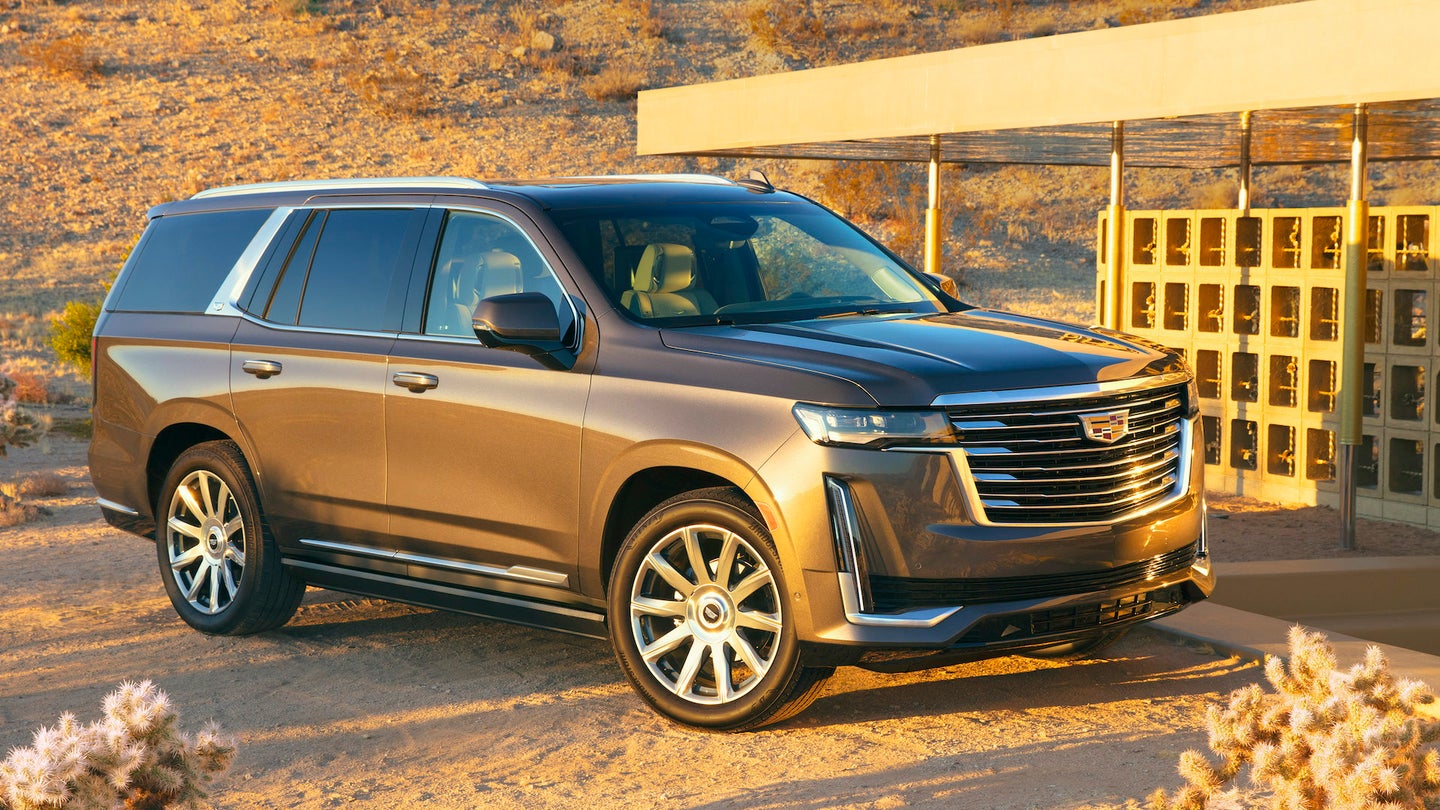 After 22 years in production, Cadillac's flagship luxury SUV the Escalade will at last be available with a diesel engine. 2021 Escalades will be produced with 3.0-liter, turbocharged Duramax inline-sixes alongside those powered by General Motors' venerable, 6.2-liter gasoline V8. Better yet, word is these economical compression-ignition lumps won't cost a penny more than their gas siblings.

"Sources familiar with Cadillac's go-to-market plans" allegedly shared the news with GM Authority, including the 2021 model's supposed MSRP of $76,195. That's a $1,000 hike over the outgoing model, though considering the new Escalade will introduce major technical upgrades such as Cadillac's cutting-edge driving aid Super Cruise, it's a small premium to pay. Diesel Escalade customers may even slowly recoup the extra cost by way of increased fuel mileage, which Cadillac touts as the major draw of the Duramax-powered luxo-barge.

Fuel economy figures haven't yet been released, though power figures for both the diesel and gasoline engines are already known. Both engines will produce up to 460 pound-feet of torque, the diesel lower in its rev range, though the V8 will generate significantly more horsepower; 420 to the diesel's 277. Each will send this power to the rear wheels (or optionally, all four) via a 10-speed automatic transmission, whose plentiful ratios will also serve to boost performance and cut fuel consumption. The latter may not be as important now that gas prices are at dizzying lows, but filling up less frequently can be considered a luxury in its own right.

GM reportedly planned to commence production of the 2021 Escalade some time mid-year. The new model might be delayed, however, as auto manufacturing struggles to safely restart and as GM fast-tracks ventilator production in place of new vehicles.