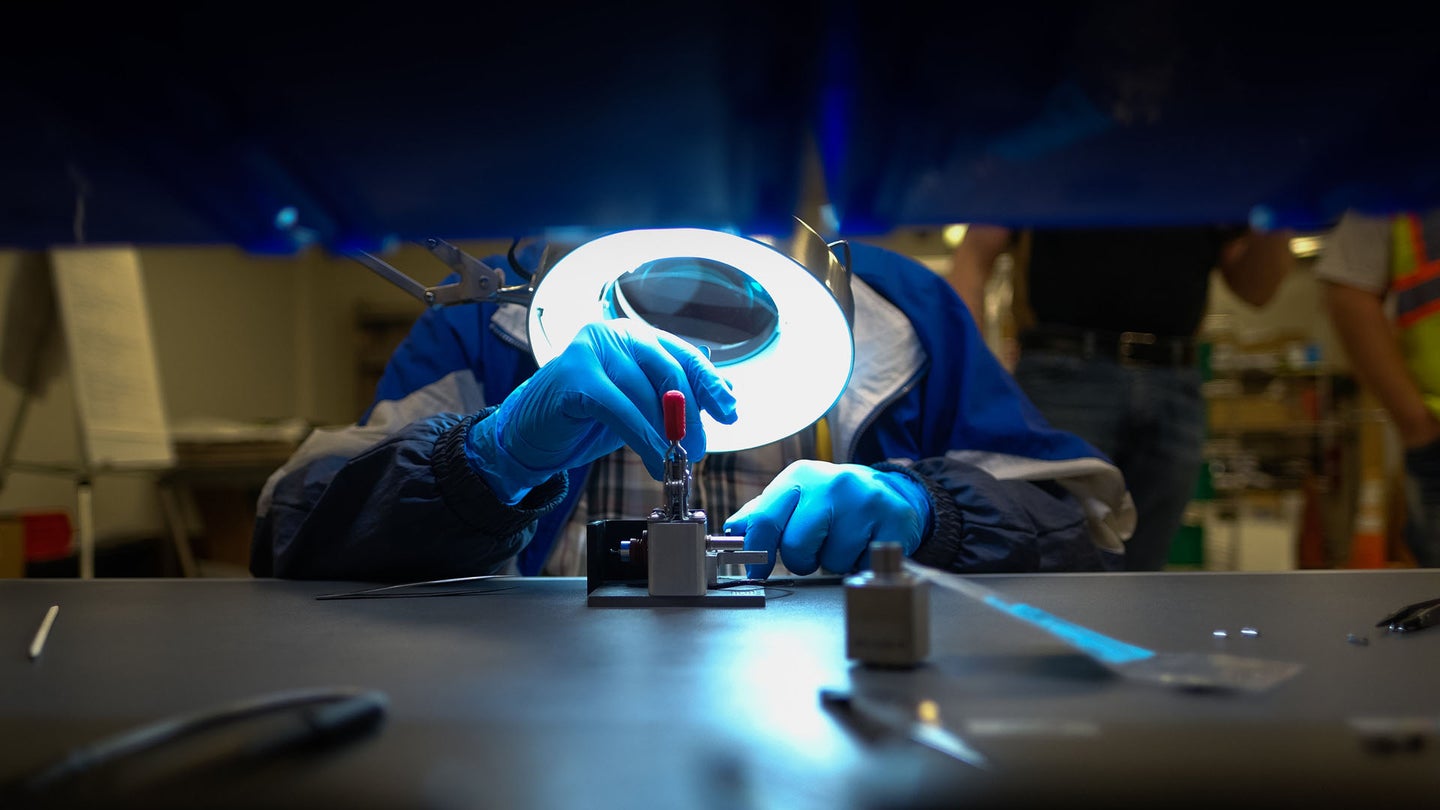 Happy Monday morning and welcome back to Speed Lines, The Drive's roundup of what matters in the world of transportation. Today we're talking about ventilators, the new car stockpile sitting there just waiting for buyers, and how to use city streets right now when there aren't many drivers on the road. It promises to be very exciting—not at all sad and weird!

Don't Expect Them Right Away Though

After a lot of political back-and-forth, General Motors will begin making hospital ventilators to treat COVID-19 patients this week at its Kokomo, Indiana plant. Each one will cost about $16,000, or roughly as much as a Chevrolet Spark (GM still makes that in case you forgot, as I did) as noted by Automotive News today. The automaker has a $490 million contract to produce the badly needed devices for America's overwhelmed hospitals, and a Herculean effort took place to retool the plant and get workers what they need to start production.

For that price, GM and partner Ventec Life Systems not only have to build the ventilators, they also need to make 10 weeks' worth of consumable parts for each one, hire and train temporary workers and convert GM's Kokomo, Ind., plant for the project. "We aren't doing this for a profit," GM spokesman Dan Flores said.

GM plans to start mass production of the ventilators this week and says it's ahead of a schedule that calls for shipping the first 6,000 by June 1. Last week, workers were validating equipment in the plant. Because of the urgency in providing the ventilators to hospitals, there is limited time to automate the manufacturing process, so the ventilators will be mostly hand-built, Flores said.

[...] The ventilators, called the V+ Pro, are designed for critical care and can run on battery power, allowing health care workers to use them in nontraditional locations such as makeshift field hospitals.

The V+Pro does not provide some respiratory therapies of Ventec's more advanced VOCSN system, which sells for about $22,000, but GM can increase production of the V+ Pro ventilators more quickly. They are sophisticated enough to "help the worst of the worst COVID-19 patients," Flores said.

Update: A GM spokesman emailed The Drive later to clarify that the automaker plans "to ship several hundred ventilators this month. More than 5,000 will be delivered during May. Cumulative deliveries by June 1 will be more than 6,100." In other words, expect these machines to be put to use on the subsequent waves of coronavirus expected to move through the rest of the country in the coming months.

Though federal social distancing guidelines are in place until at least April 30, and deaths in hard-hit places like New York are beginning to level off or even decline, we're likely in for a long fight—and that's why these GM ventilators will be needed.

Do Dealers Have Enough Inventory?

New car sales continue to tank as unemployment skyrockets and Americans often can't even visit a dealership. The viral outbreak is thus forcing dealers to finally evolve their selling tactics, but even if you wanted a new car right now, what does inventory look like?

Pretty decent overall, according to this Wall Street Journal guide on how to buy a car during the pandemic:

Dealers say they have more than ample stock. U.S. dealerships had about 3.7 million vehicles on hand at the end of March, enough cars to last them three months, according to Wards Intelligence, which tracks automotive retail trends.

Some have greater reserves than others. Jeep, Buick and Honda are among brands that had a higher number of vehicles on hand at the start of April, while Toyota, Subaru and Kia had smaller stockpiles, according to Edmunds.

Shoppers should expect options to be limited to a dealer’s lot. Trades between neighboring stores, a common practice used to connect buyers with their ideal car without losing a sale, may be tougher to execute or may be prohibited in some states, Mr. Rogers said.

I'm highly tempted to go out and make a terrible financial decision in light of these zero-percent deals and discounts. Maybe now's the time to finally buy a Jaguar F-Type. I mean, it's absolutely not, but I can dream.

In recent years I've become an advocate for more designated, car-free areas in major cities. It's not that I'm against cars—far from it! But driving (and parking) in a major urban center sucks most of the time, and it's healthier and safer to have at least some parts of cities free of cars the way they were before the advent of the automobile. It promotes public transit, walking and better overall use of space. It's not the apocalypse for car people if there are some streets meant for pedestrians only.

With fewer people driving on city streets, but more walkers, cyclists and runners using them instead, many major urban areas are experimenting with closing down certain zones to vehicle traffic. Here's Business Insider on what's happening:

Still, other cities with a bad need for space are struggling.

New York abruptly ended a pilot program that opened less than 2 miles of roadways in America's densest neighborhoods, citing a strain on police resources, a problem no other city has found to be a problem.

Asked about a second attempt at the program on Friday, Mayor Bill de Blasio again said the police department was "concerned" about people maintaining an adequate distance to prevent spread of the virus.

Yes, leave it to New York, the place that could benefit from this the most, to screw this up. But in reality, I'll tell you that people here are already pretty much using the streets however they want, in true New Yorker fashion.

This Man Lives Alone on a Dreamy Ranch with Redwoods (Outside)

Car-free zones in city streets: is now a good time to try them? Would you like to see those where you live?

Correction: An earlier version of this story misstated GM's rollout timeline for the ventilators. It has since been updated. We regret the error.

GM will produce around 1.5 million masks per month on its own.