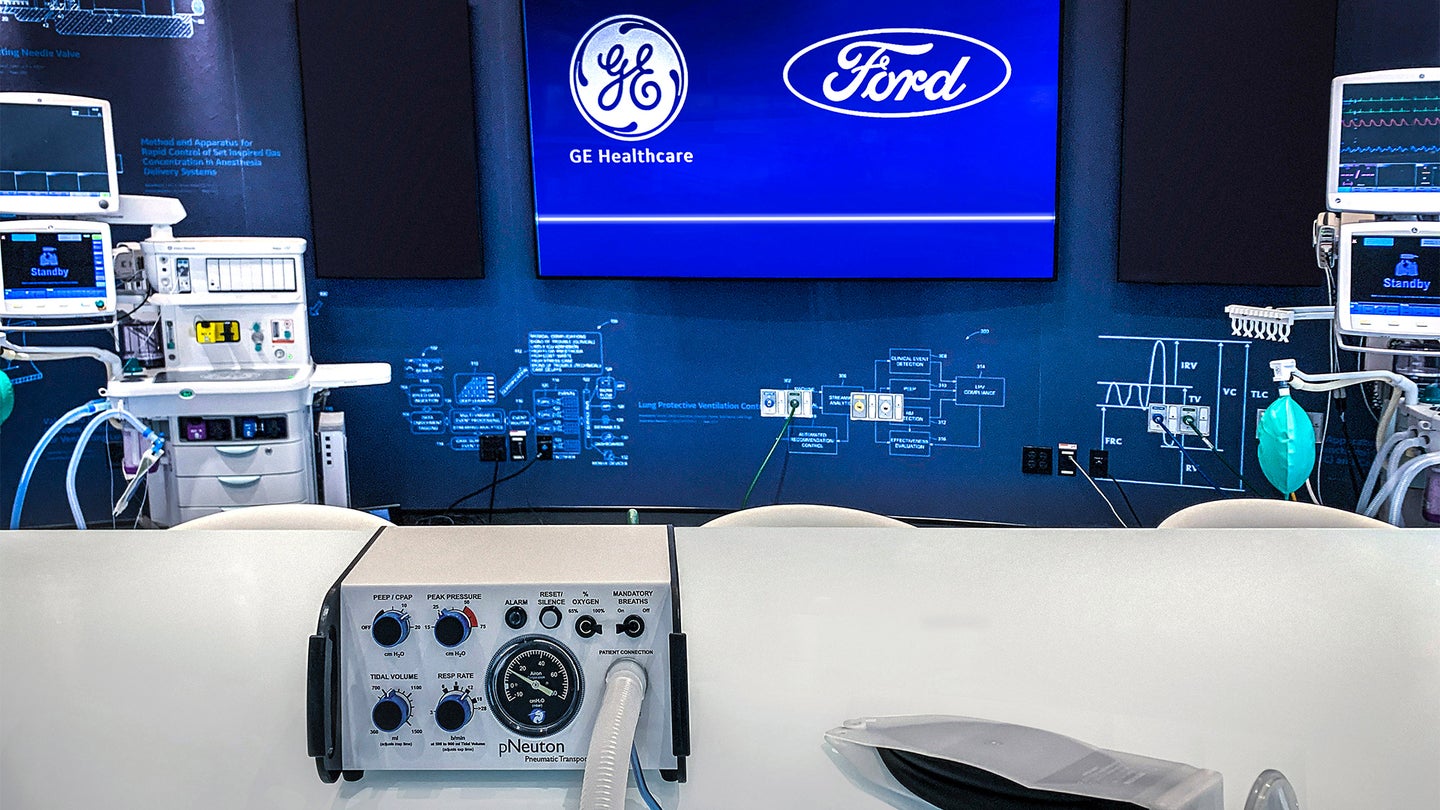 ​Ford is temporarily shifting gears to become a manufacturer of healthcare components amidst the coronavirus pandemic. The automaker announced on Monday that it has partnered with GE Healthcare to join the fight against COVID-19 by building 50,000 much-needed ventilators over the next 100 days.

Since it would take significantly longer to design a proprietary ventilator, Ford and GE have chosen to license the design of an existing model produced by Florida medical equipment manufacturer, Airon Corp. To kick things off, Ford will send a team of its engineers to visit Airon in order to do what Ford has long been known for—improve manufacturing efficiency and production.

Meanwhile, Ford will begin to equip its Rawsonville Components Plant in Ypsilanti, Michigan for at-scale manufacturing of ventilators with the help of 500 paid United Auto Workers who have signed up for the task. If all goes according to plan, Ford says that it will begin production by April 20.

Presently, Airon manufactures just three of its pNeuton Model A ventilators per day. Its simplified design requires only a stream of pressurized oxygen to function, meaning that the production can be scaled quickly without the need for complex electronics or circuitry found in other, more advanced units.

Ford's Model A-E ventilator, which is licensed by GE Healthcare from Airon, is based on a similar sans electricity design—its simplicity would allow Ford to work on "Trump time,” producing an initial batch of 1,500 ventilators by the end of April. By May, Ford plans to produce 12,000 cumulative units and by July 4, the automaker expects to hit 50,000. This translates into a production capacity of 30,000 ventilators per month going forward.

The news that Ford is making the temporary switch to ventilators shouldn't come as a shock. It isn't the first automaker to announce plans of producing life-saving medical equipment, though it was encouraged by U.S. President Donald Trump to do so. Fortunately, Rawsonville seems like a clear-cut choice for Ford's new strategy. The 1.7-million-square-foot plant is presently tooled to build complex sealed components including battery packs, transmission oil pumps, air induction systems, carbon canisters, fuel pumps, and other various automotive components.

Ford's efforts will help to significantly increase the number of available ventilators in the United States. According to the New York Times, U.S. healthcare providers have access to a combined total of 160,000 ventilators while the Strategic National Stockpile holds another 12,700 in inventory to aid in an emergency. Factor in the additional units incoming from General Motors and Ventec, then the nation’s critically low supply could  potentially be solved.