Ford on Pace to Sell 100,000 Broncos This Year If It Can Keep Production Up

Although the automaker’s Q1 sales are down year-over-year, Bronco sales are climbing. 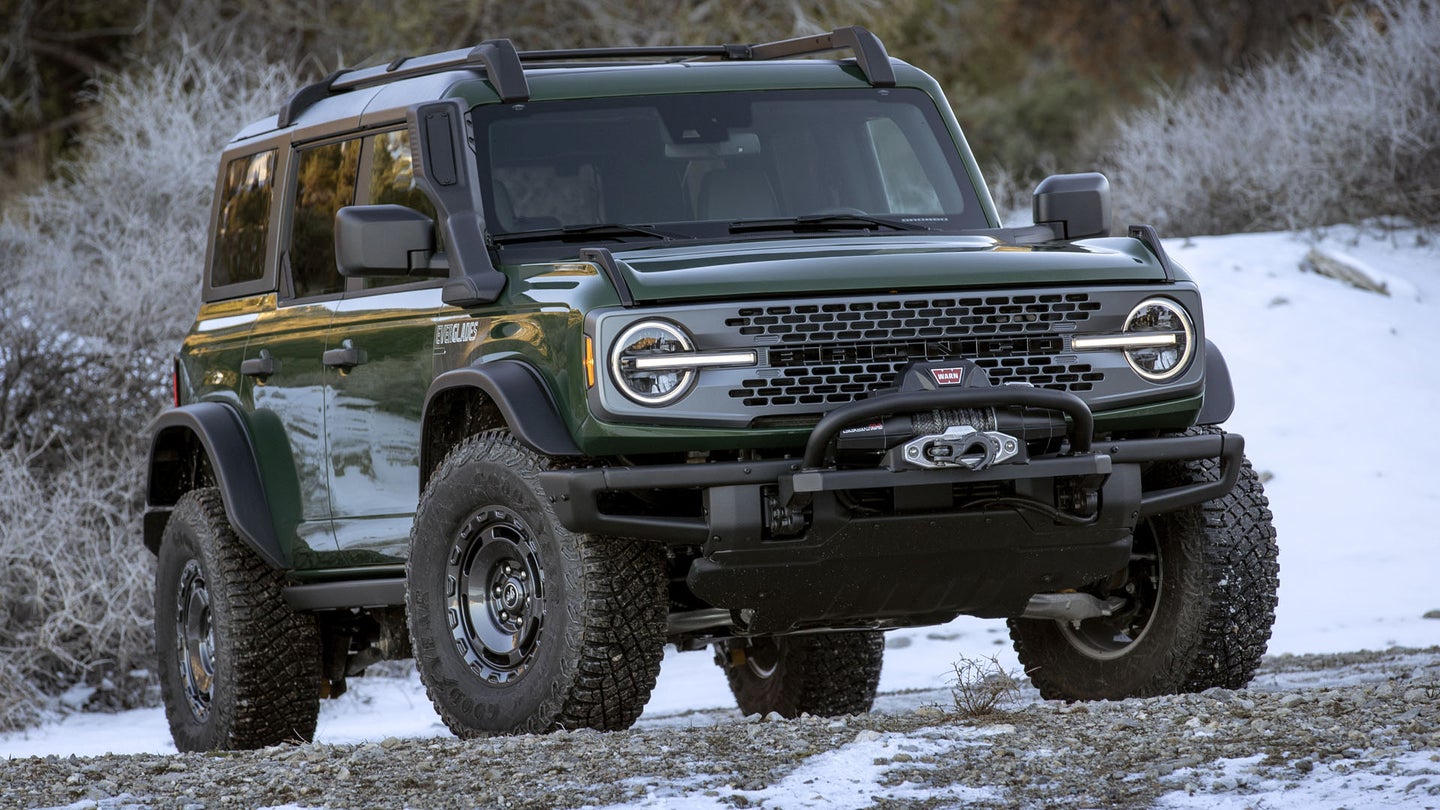 Take a peek at the first-quarter sales results from any automaker this year and you'll find they all look similar; sales are down, typically by around 20 percent in total. Yes, I'm about to say those two dirty phrases that have been seared into your brain at this point: The chip shortage and supply chain issues are still disrupting auto manufacturing. The prices of cars, used and new, are up, but there is something of a silver lining—at least for hopeful Bronco owners.

In March alone, Ford sold 9,757 Broncos, a number that's been increasing since 2022 began. In total, the Blue Oval has sold 23,573 through Q1, meaning that the month of March was nearly half of that total figure. Indeed, sales are trending up after a slump in February. January saw 8,101 of Ford's popular new 4x4 moving off dealer lots followed by just 5,715 units the next month. It's not the most straightforward trend, then, but it's climbing regardless.

The Bronco still has work to do in terms of catching the Jeep Wrangler. In total, 45,551 of the stalwart off-roaders were delivered to customers in the first quarter—roughly doubling Bronco sales. That being said, sales of Ford's SUVs still eclipse the entire Jeep brand, which itself does not produce any cars like sedans or wagons. Ford barely does either, to be fair; however, 13,986 Mustangs and 36 GTs were sold this year, which isn't nothing.

Needless to say, 100,000 Broncos would be a nice clean milestone. It's very possible that the chip shortage could ease as the year goes on, and we might see even greater sales in Q2, Q3, and Q4. Ford CEO Jim Farley, after all, is far from a chip shortage doomer.

If anyone is looking forward to what the future holds, it's Ford.

The Chevy Colorado now sits in third, followed by the Jeep Gladiator and aging Ford Ranger.

It’s not every day that an auto executive is quite so bold.