Yes, the Chip Shortage Will Still Screw the Auto Industry in 2022

Supply is better than before, sure, but that doesn't mean it's fixed as we enter the new year. 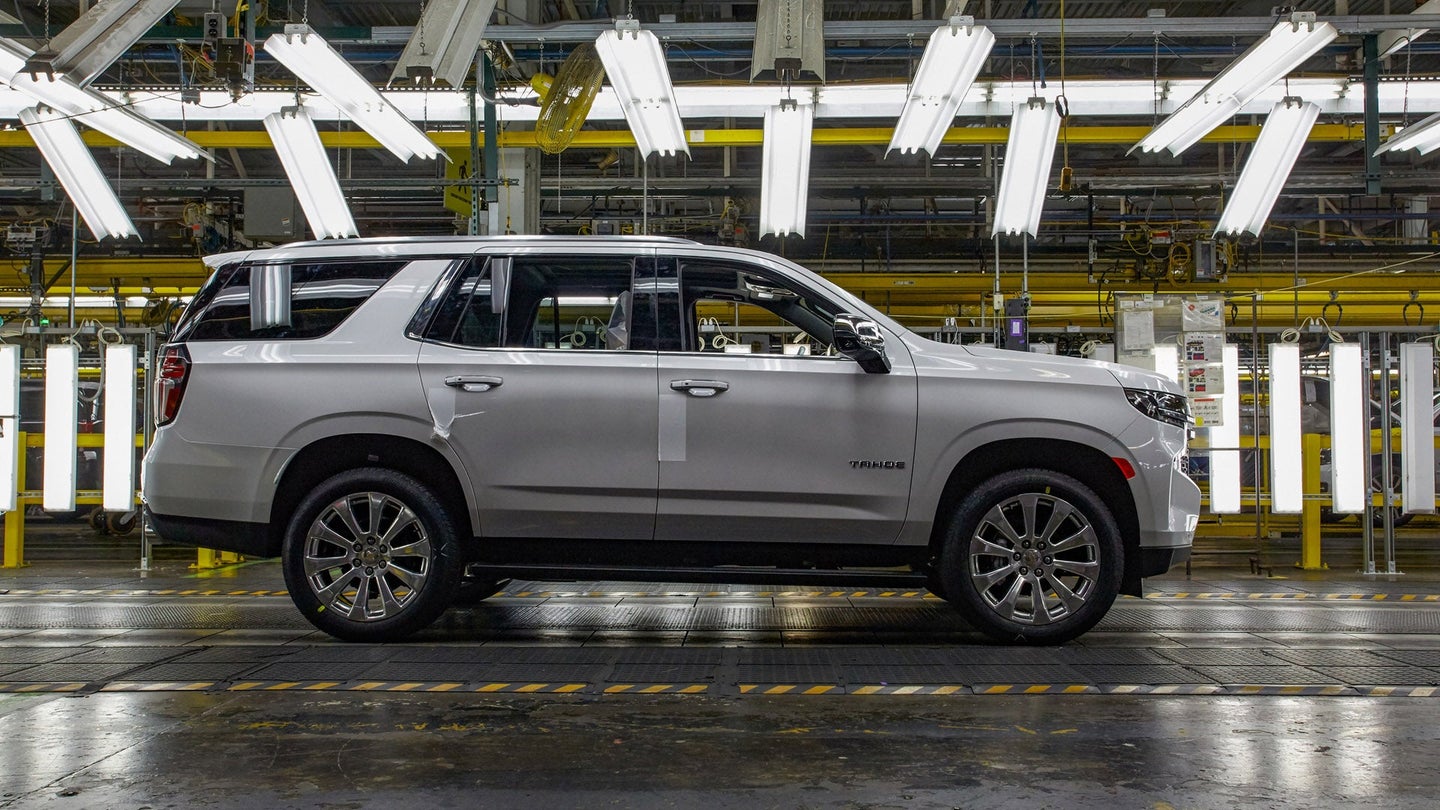 I’ve been writing about the automotive chip shortage for what feels like forever. It started one pandemic ago, which is a unit of time that spans both the past and the present, and hoo boy, it sure does look like it’s gonna be in the future too. Thousands of cars are unfinished as a result of it and although automakers are happily announcing new models with all that good January energy, unfortunately, the situation hasn't changed a ton as we enter 2022.

Some automakers, like Toyota, managed to get around the chip crisis pretty well in its early phases. However, despite announcing at the start of August how well it had coped, by the end of that month Toyota joined basically every other manufacturer in slashing capacity by 40 percent. By October, where I live in the U.K., car production was the lowest it had been since 1956, which you could have chalked up to economic woes and broader supply issues due to our ongoing self-sabotage project known as Brexit. But even British innovation in failure couldn't hit us any harder than the global chip supply issues.

Still, that was all 2021, right? Gotta be getting past that for 2022. Unfortunately, especially if your car is one that's currently sitting idle in lots across the U.S. waiting for chips, that doesn't look to be the case. Automotive News has reported what a lot of analysts have been pointing to: although things might get slightly better, chip supply is going to stay tricky this year.

"Throughout most of '22, we do expect to see sort of a one-in, one-out-type basis," said Tyson Jominy, vice president of data and analytics at J.D. Power, to Automotive News. "Anything produced in at least the first three quarters is going to go directly to customers, and that will set the sales pace."

To back that up, Toyota's Senior Vice President of Automotive Operations Jack Hollis reckons dealer stock won't come back in a big way this year either.

"In terms of the semiconductor supply, we expect challenges to continue through the first quarter of [2022], but supply is improving every day," Hollis told AN. "As for inventory, we will see a steady increase all year. However, we do not believe we will see 100,000 vehicles on the ground in 2022."

By "on the ground," Hollis seems to mean "on dealer lots." One way around all this is to do what Tesla has done for quite a few years—just use non-automotive grade tech in vehicles. One of the reasons it was able to produce its highest output yet, during the shortages of 2021, was that it changed how it builds cars to work with whatever's available. The problem with that for automakers who are expected to build reliable, safe, well-fashioned vehicles is that it's more of a workaround than a solution. And while Tesla made a lot of cars for Tesla in 2021, Toyota delivered more than twice as many in the U.S. alone, despite all the problems.

The automotive market's value is still going up, even as vehicle deliveries go down, in a large part due to the insane price of Tesla stock. And this is all great news for the used car market since that's where people are having to look to get their hands on a vehicle. Just keep in mind that none of it's great for the consumer as average used car payments hit $520 per month in 2021.